Home
Stress & Anxiety
What is ASMR? The Whispering Phenomenon 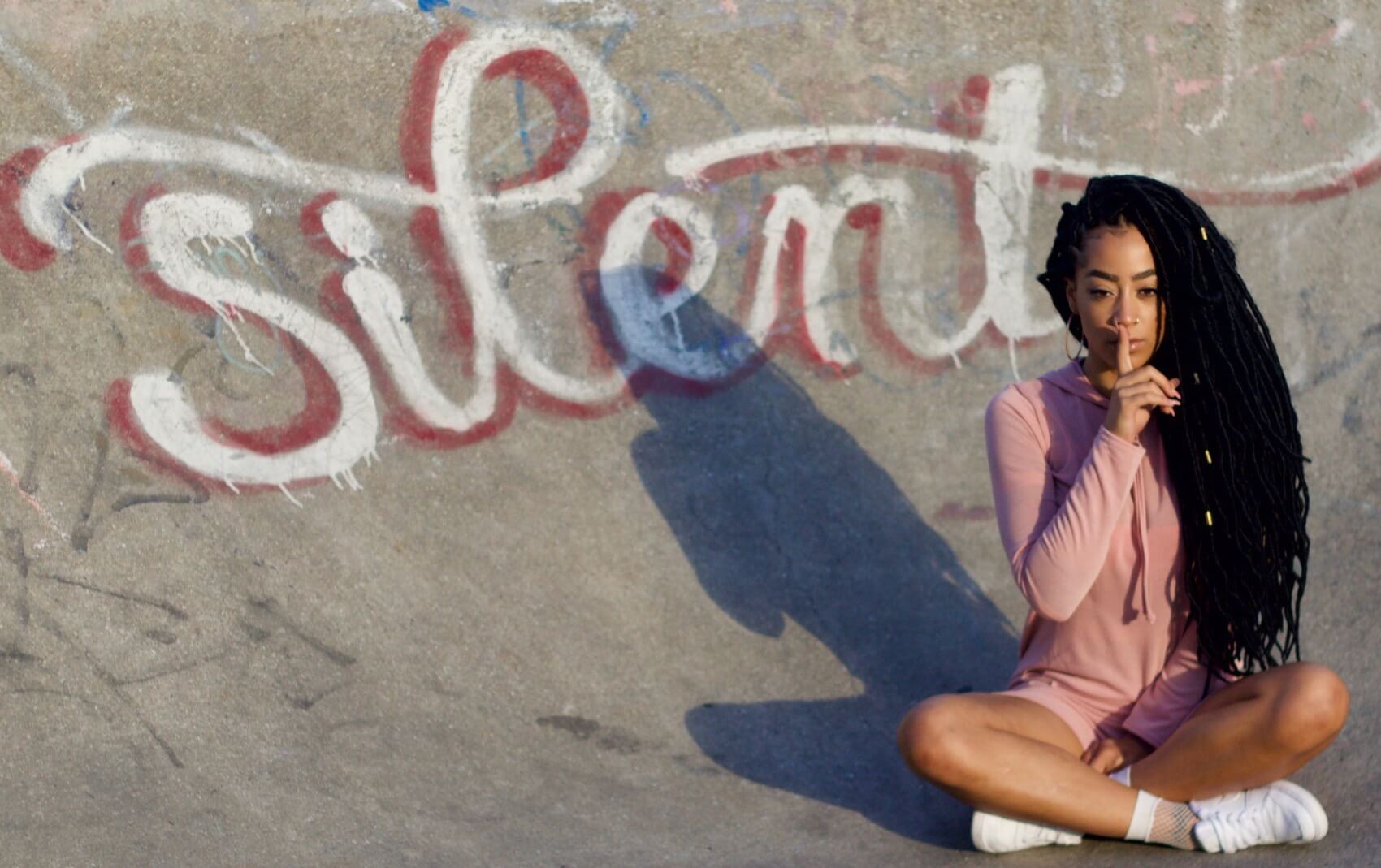 Recently, I watched a video of a young woman sitting very close to the camera in front of a black backdrop, repeatedly whispering the phrase, “If you find yourself aboard a sinking ship, simply catch the next one.”

Periodically, she would pause to bring her hands up in front of the camera and make motions as though she were stretching an imaginary piece of taffy.

It’s not some strange cult or ritual, but a video designed by YouTuber “softlygaloshes” to trigger your Autonomous Sensory Meridian Response, also known as ASMR.

I first came across ASMR while using the Calm app, which has a series of “Sleep Stories” under the category title “ASMR”. I listened to “Emma Whispers Red” read the entirety of “The Velveteen Rabbit” in a low, soothing voice and was fascinated by it. 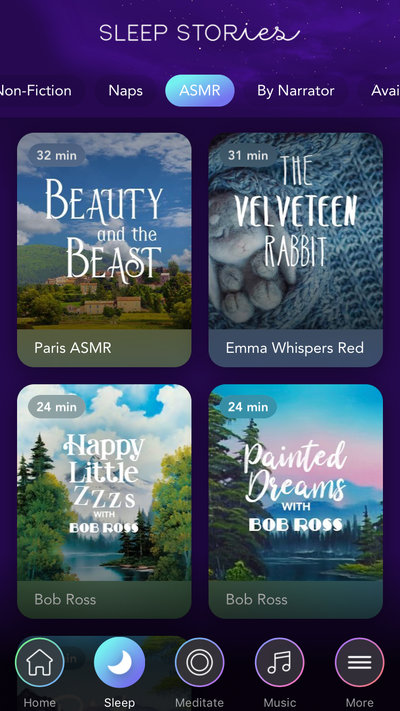 ASMR via the Calm App

The next day, I took to Google to find out more about this strange audio experience. As it turns out, it’s an intriguing phenomenon with several potential health benefits!

There is nothing scientific about the term ASMR; it was first coined by Jennifer Allen, who began a Facebook group dedicated to learning more about the mysterious phenomenon.

The phenomenon in question is the human reaction to audio and visual stimuli that causes a static-like tingling sensation. The tingling begins at the back of your head and travels down your spine and limbs. The feeling is reported to be very calming, relaxing, and even euphoric.

ASMR has grown in popularity over the past decade thanks to YouTube. A quick search on the platform yields thousands of ASMR videos hosted by “ASMRtists”. One such host named Maria from the channel “Gentle Whispering ASMR”, has been making videos since 2011 and has over a million subscribers.

Even though the term ASMR is widely accepted as the name for the phenomenon, scientists are only just starting to take an interest in studying it. Currently, there is very little known about ASMR other than first-hand accounts on the internet.

For example, we’re still not sure why humans experience ASMR. Some hypothesize it is an evolutionary response while others suspect it could be a form of synesthesia, (a condition where one sense is perceived as another; for example, those who associate sounds with colors.)

Although there is still lots of mystery surrounding it, a study from last year found conclusive evidence that ASMR may have therapeutic benefits, both mentally and physically.

For those of us who have not experienced ASMR, it can be confusing and easy to misunderstand the videos.

Because when browsing through YouTube’s massive library of ASMR videos, a common theme quickly emerges; the majority (though not all) of ASMR channels are hosted by young, attractive women.

The videos often contain roleplay, like a hair stylist who is cutting your hair, or a doctor who is giving you an eye exam.

Then there’s the intimate way they stare into the camera and move their hands in front of it as though they are about to touch your face.

It begs the question: Is ASMR some kind of fetish? It doesn’t help deter the notion when the terms “braingasm” and “eargasm” are thrown around in the video descriptions and comments.

But the common consensus among ASMR enthusiasts is that the experience is not sexual. As for the abundance of young ladies for hosts, some argue that it’s easier for young women to whisper and stare into the camera without coming across as creepy.

What Are ASMR Triggers?

Triggering ASMR isn’t just limited to whispering and low voices. A wide variety of sounds and visual stimuli can also induce ASMR “tingles”. Some of the more common ones include gentle tapping, scratching, typing, and brushing.

But there seems to be an infinite number of triggers, some more obscure than others. I found an hour-long video compilation of ASMR soap-cutting, and another where a ball of slime is repeatedly pulled over a microphone.

Other triggers are more visual or situational. Hand movements are a visual trigger for many and some videos feature roleplay where someone pretends to brush your hair or give you a dental exam. 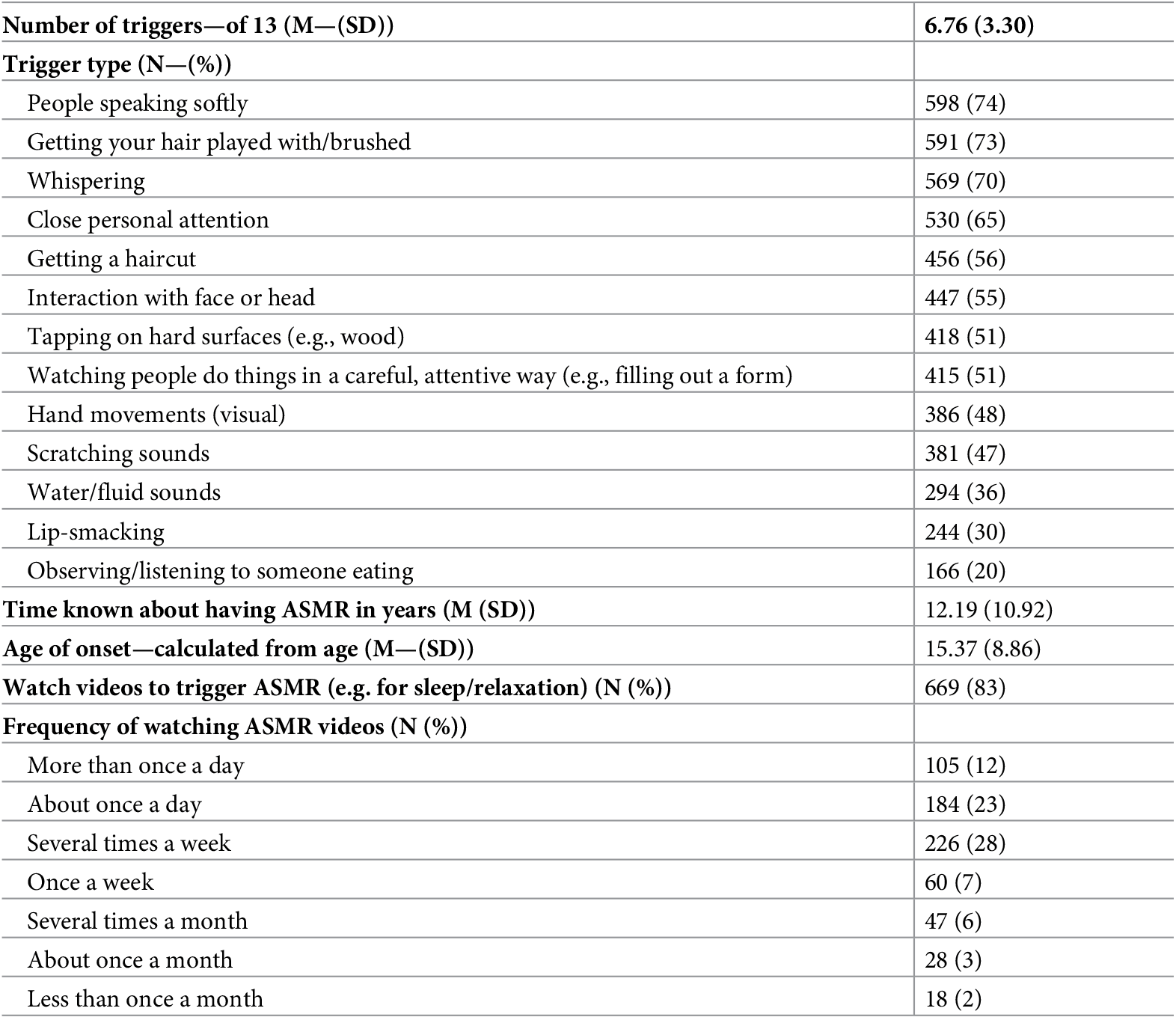 Triggers used on research participants, from a study found on journals.plos.org

Interestingly, there are sounds ASMRtists use that some people find misophonic; something they hate instead of enjoy. The sound of chewing, for example, is a sound that many people hate. Yet for others, it is a strong ASMR trigger.

The Health Benefits of ASMR

ASMR is thought to help aid in relaxation but appears to have both mental and physical health benefits that last a long time after you’re done watching the videos. Of course, ASMR is not a substitute for medical care, and there isn’t a ton of research to back up these theories.

Yet, it’s worth investigating if there’s a chance you can benefit from it!

These are some of the commonly reported benefits:

The euphoria felt while experiencing ASMR is said to improve mood and relieve the symptoms of stress, anxiety, and even depression. This study found that even those who didn’t experience the “tingles” still benefited from improved mood following the ASMR session.

The University of Sheffield conducted a study that found ASMR reduces the heart rate in a way that’s comparable to other natural activities that relieve stress, such as meditation or listening to relaxing music.

Many people swear by ASMR as a way to induce sleep and it seems to be one of the most popular uses for it. It makes sense; a deeply relaxed state slows your heart rate and brainwaves, which can make you sleepy.

Your relaxed state after experiencing ASMR helps you slow racing thoughts and improves focus. Some ASMR enthusiasts claim it helps them meditate better as well.

When you’re feeling relaxed, your heart rate drops and helps blood circulation. Some people claim it even helps with their digestion!

Studies are still very limited in this area but many have claimed that ASMR has helped quell chronic aches and pains.

It's unclear if only certain people can experience ASMR or if everyone is capable and it is only a matter of finding the right triggers. One thing is certain; it’s easier for some people to experience than others.

Many people who experience ASMR have been aware of it for years but never really knew what it was before it became popular on the internet. Others have found their ASMR triggers by watching videos on YouTube.

After watching several ASMR videos, I have yet to experience these coveted “head tingles”. However, I do find the whispering videos very relaxing.

Although the videos might seem a little strange at first, it’s worth giving them a try if you are curious about ASMR. If you’re lucky enough to find your triggers, it can be a great way to reduce stress and anxiety in a natural and safe way.

Corrie Alexander is a blogger and logistics nerd from Toronto, Ontario. Her climb up the corporate ladder cultivated her interest in the topic of career development and personal growth - passions that are rivalled only by her love of exercise and strong coffee. Visit her website, thefitcareerist.com. 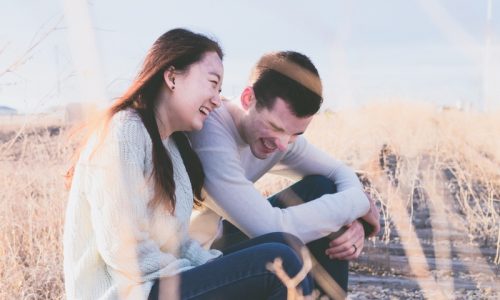 How Smiling Can Reduce Stress

By Keely
Up until about the early 1970s (and maybe even the mid to late 1960s), the overwhelming majority of … 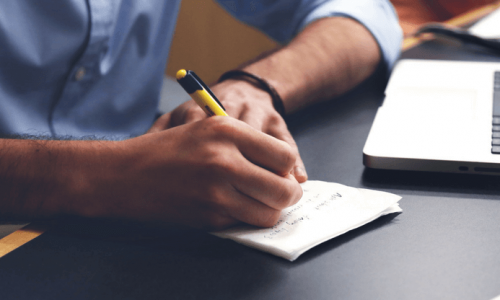 6 Benefits of Journaling for Stress Management

By Keely
Stress is a regular part of our lives. Where people differ, is how to go about dealing with … 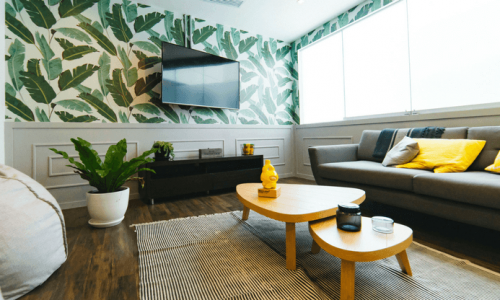 7 Stress Reducing Colors That Will Keep You Calm

By Keely
Color as a design tool has the power to make rooms in your home or office feel calm, …