How to Stop Being Nervous Around New People

“Oh my god, I love those shoes!” She intimidated me, she was classy, well-liked in the art community and just had a cool vibe. Complimenting her was easy. I went for the first thing that caught my eye.

“Oh, thank you.” Her smile was real. She was caught off guard by my genuine enthusiasm but in a good way and she now saw me as a positive person who made her feel good. We both felt relaxed with each other and my fear of an awkward silence transitioned to an enjoyable conversation.

This was a recent experience I had with a woman at a party. I only knew one person there and mingling with complete strangers causes me enormous anxiety. I had to force myself to approach people I didn’t know, but force myself I did.

I knew they would not approach me and that’s okay. You can't ever expect people to approach you, you always have to be ready to be the conversation maker at any event. It’s still something that causes me anxiety but I have learned a few tricks along the way.

Hi. I’m a shy introvert with social anxiety. My first instinct is to say no to every social invitation and be a hermit. It's scary how easy it would be for me to be a shut-in. That’s not the life I want, though. I push through those tendencies by training myself to seem like a confident extrovert. Let me show you my ways.

Why We Get Nervous Around New People

It's the call of so much of our collective anxiety, the fear of rejection. We are terrified of people rejecting us not only because of how it feels but also what it does to our self-identity. Nobody wants to be the person that people don't like.

Most of us want to be respected and our expectations of being included begin to build in stressful ways when it into situations with new people. If we don't feel included, we actually start to feel real fear and anxiety symptoms that we can't control start to control us. 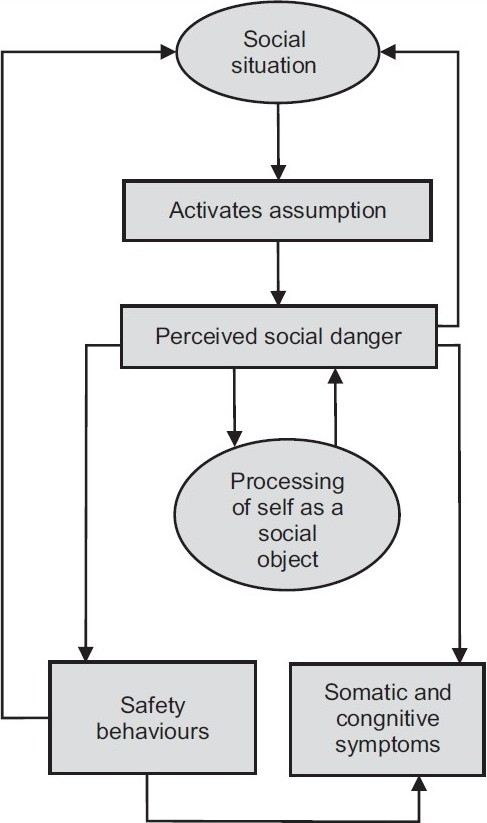 Social Anxiety can range from mild to extreme. We will focus on the more mild form in this post. The mild form can still be debilitating but also manageable with the right coping mechanisms. If you have extreme social anxiety, cognitive behavioral therapy is highly recommended as it has shown to be effective in treating it.

For those who feel ready (or have no choice) to tackle this social anxiety beast with real-world experience, let's begin. Here’s how to stop being nervous around new people.

As my example above showed, compliments are valuable ice-breakers. Look for anything that jumps out at you. Don’t like their clothes or their shoes? Okay, what about their hair? Do they have nice or animated eyes? Do they have a nice laugh? If you look hard enough, you can find something you like about anybody. You just have to be open to finding it.

One caveat, though, make sure the compliment is genuine. If you don’t genuinely believe the compliment, it will show and instead of warmth and openness, you will be greeted with awkwardness.

However, if you open yourself up to taking everything in about a person, you’ll start to see all the different aspects that make them who they are, the things that give them their essence. When you notice any of these things and comment on them with a heartfelt spirit, it goes a very long way.

But what If you really feel that you've done all that and you still don't see any genuine compliments you can give?

It happens. Also, we don’t want to focus on it too long, otherwise we come off creepy.

So if you’ve given it a try and feel you’re in danger of looking weird, then the next option is to ask them a question.

There’s that awkward silence. This is what you feared. You can't find a compliment and you don’t know what to do. They aren’t taking the initiative. The awkwardness thickens with each throb in your angst-filled head. It’s like a game of awkward-silence-chicken and your anxiety is worsening with every silent second.

If the onus is on you to start the conversation, don’t worry, asking questions is your next best move. Most people love to be asked about themselves. Showing an interest in something that they see as part of their identity will brighten their mood and usually, it will increase your likeability.

This is similar to the compliment trick. Do you know anything about them? Are they wearing something that you wouldn’t necessarily compliment but you could say is interesting and ask them about it?

If you know absolutely nothing about them, it’s always good to start with geography. Are they from your current city? Where did they go to school? What part of the city do they live in or where are they staying if they’re from out of town? Geography is always there for you.

Be a Good Listener

“The art of conversation lies in listening.” – Malcolm Forbes

“There is a voice that doesn’t use words. Listen.” – Rumi

It seems like Rumi and Forbes agree, listening is pretty important for a good conversation. People want to be seen, they want to be understood. This is a skill that is quietly disappearing these days but that doesn’t mean it isn’t still valued.

If you’re nervous around new people, learn how to listen effectively. Learn how to see people when they’re talking. Even if you don’t quite understand what they’re saying or don’t agree with what they’re saying, find a way to connect with the essence of their words. This is another time when asking questions comes in handy.

Taking in their voice and actually showing them that you see them, that they aren’t talking into the ether will make a good impression and will make them feel good around you in the future. They will remember you as somebody who understands them and that is powerful, my friend.

But how do you do it? If you’re nervous, your concentration is terrible, right?

It’s okay, you might have to practice but it will come to you eventually. Try to incorporate these things while they’re talking.

But Also Be a Good Audience

Being a good audience is different than listening. They are similar and definitely can be practiced together but there is a distinction.

Do you know how comedians tell the difference between a good audience and a bad audience? It’s not necessarily the number of laughs they get, it’s whether or not the audience wants to laugh. They can tell when an audience wants them to do well.

Some audiences are filled with that feeling of being on the verge of laughing at any time. They want the comedian to be funny, they are looking for them to be funny and because of that, they laugh more easily.

Other audiences will pile in and feel entitled to be entertained. These people are what the comedians call ‘tough crowds’. They don’t want to laugh, they want to be impressed. Which type of audience do you think makes a better impression? Be that one.

If the conversation does eventually come back to you, you’ve made yourself more comfortable and will feel more relaxed and the conversation will be inviting and inclusive. Your fear of rejection will melt away.

So, try to remember, deflect and then reflect. That's the process for finding comfort and how to stop being nervous around new people.