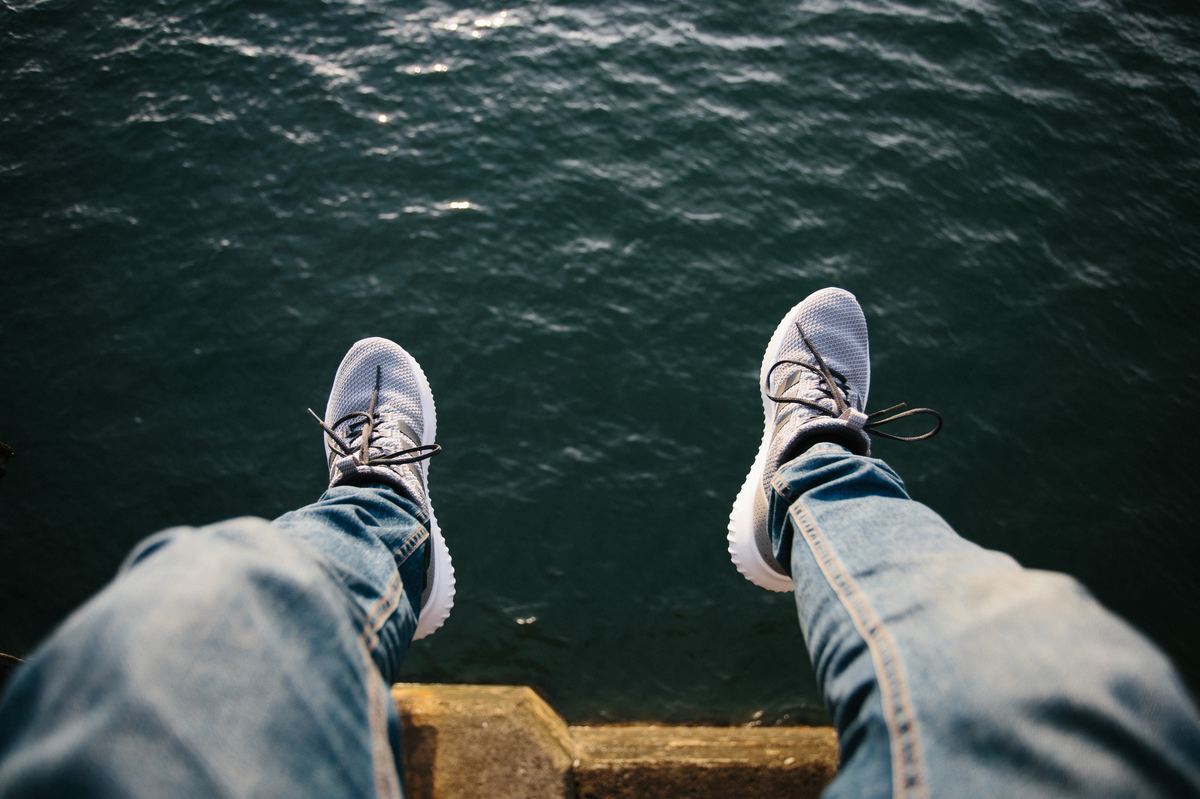 Most people think they know the signs of stress, but there’s actually much more to it than meets the eye.

The truth is we’ve become so accustomed to the effects of stress that we often ignore the symptoms. You might write it off as just the way you feel, without digging into the cause—which nine times out of ten is related to stress.

Contrary to popular belief, stress isn’t just a moment-in-time. When left unchecked, the effects of stress get worse and lead to a wide range of health issues like heart disease, chronic fatigue and in some cases even cancer.

So needless to say, it’s extremely important to learn some of the most common signs of stress so you don’t ignore or downplay them.

Here are 17 of the most common signs of stress that you’re probably ignoring:

First and foremost, you should learn a little more about some of the emotional symptoms linked to stress. When stress begins sinking in, a lot of people will begin experiencing agitation, frustration and moodiness.

The truth of the matter is that these problems can easily be passed off as something else. You might believe that you’re just tired or that work had gotten a little too much for you. Nevertheless, you could very well be dealing with stress.

If this is the case, you’re going to want to take steps to deal with your stress right away. Otherwise, it may build up and become overwhelming.

Some people will feel like they’re overwhelmed due to their stress. This is very common. Being overwhelmed is not a fun feeling and it can be caused by many other things as well.

Still, if you feel like you’re losing control, it is highly likely that stress is the problem. When you’re feeling overwhelmed, one of the first steps you should take is to get something off your plate.

Whether it’s getting help on a project at work, participating in fewer activities or simply taking a break, feeling overwhelmed often means you’re taking on more than you can handle alone.

Many people deal with restlessness every day and night. This can make it very difficult to sleep.

Diagnosing sleep issues is tough. You might assume you’re tired because you didn’t get enough sleep the night before, Or maybe you think you just have too much energy. However, chronic restlessness is one of the most common signs of stress most people experience.

Low self-esteem is another one of the most common signs of stress. It is very easy to believe that this is linked to a traumatic childhood or someone being mean to you. However, there is also a chance that your low self-esteem is caused by too much stress.

Stress can cause you to devalue your self-worth and feel somewhat powerless against whatever’s stressing you out.

If this is the case, you need to be very cautious. If you do not take action immediately to reduce your stress levels, there is a chance that your low self-esteem is going to transform into depression and suicidal ideations.

Speak with a counselor and find ways to deal with your stress as soon as possible.

Plenty of people suffer from a lack of energy. It could be because you’re worn out from work, dealing with your children or any number of thing. But you should also consider the fact that stress could be the source of your chronic fatigue.

Low energy is one of the most common signs of stress. You’ve probably noticed that when you’re really stressed out, you start getting tired in the middle of the day, or don’t have the same liveliness you usually have.

Stress is a true energy zapper, and if you’re not careful it can create a snowball effect that ends up in a hole that’s difficult to dig out of.

When suffering from high stress levels, a lot of people are going to experience stomach issues, such as diarrhea, nausea or constipation. These problems are very easy to pass off. After all, the same problems can be caused by eating the wrong foods or eating too much.

If you’ve been eating the same as you normally do, but your stomach just doesn’t seem to agree with you, it could be a sign of too much stress. The gut is like your second brain, and when something is “off” it’ll give you physical signs to let you know.

So the next time you have stomach issues, your lunch might not be to blame—it’s could be linked to your stress levels.

Believe it or not, stress can take a toll on you mentally and physically. When you suffer from extremely high stress levels, there is a good chance that your muscles are going to be tense and your joints are going to experience aches and pain.

Again, this a problem that can easily be passed off as something else. It could be that you’ve worked out too hard. Or, maybe you pushed yourself too much at work? Many people do not like admitting that they’re dealing with high stress levels.

Even headaches or jaw pain can be linked to stress. If you’re starting to notice aches throughout your body that weren’t there before, speak to a doctor to make sure it’s not a sign of something more serious than stress.

Do you have a tough time sleeping at night? If you’re like 68% of Americans, you probably answered yes.

The truth of the matter is insomnia is running rampant more than ever before. And, it can lead to an abundance of serious problems such as depression, poor energy levels and a decreased immune performance.

One cause of insomnia that often gets overlooked is stress. When you’re dealing with high levels of stress, it impacts your brain’s ability to shut down at night enough to rest. If you don’t get your stress under control, you could find yourself dealing with a lot of sleepless nights.

You also need to understand that a loss of libido is going to be another problem associated with stress. Again, a lack of sexual drive can be connected to an abundance of other problems. It could be a lack of energy, aging or something else.

However, stress and libido are well connected. In fact, having sex has actually been shown to reduce stress.

The good thing is that if stress is the cause of your decreased sex drive, it’s not permanent. There are plenty of things you can do such as changing your diet, exercising or simply talking with a therapist about your stressors.

Can’t seem to stop worrying about everything that happens? Whether it’s worrying about pleasing others or overthinking things that haven’t even happened yet, panicking is a common sign of stress.

Constantly worrying is a habit that’s difficult to break because it’s often a personality trait. You’ll have to train your mind to “go with the flow” and accept things the way they are. Adopting some philosophies from minimalism or stoicism is a great place to start.

When dealing with high levels of stress, a lot of people are going to have a tough time focusing. This is a very common sign of stress that’s also linked to other problems, such as ADHD and ADD.

If you’ve never suffered from these two problems, there is a possibility that your lack of focus is caused by stress. However, you should still get tested for ADD or ADHD because it could be something you’ve lived with your entire life but never got diagnosed.

While you’re at it, you need to keep a close eye on your appetite. When you’re suffering from excessive stress, your appetite is going to change one way or another. Some people will begin eating too much, while others will actually eat less often.

It’s important to keep in mind that we’re not talking about a one-time occasion where you just don’t feel very hungry. But if you suddenly go days or weeks where your appetite drastically changes, it could be linked to stress.

Some people are naturally pessimistic and always find it difficult to see the good in things. But if you’re typically an optimist or neutral, and all of a sudden you’ve become pessimistic then it’s worth looking into.

As we mentioned earlier, stress can have a huge impact on your mood. That includes giving you a more negative outlook on life, which is why it’s often linked to depression.

Because of this, you want to address the issue as soon as possible before your mood spirals out of control. Before you know it, you could find yourself in a dark, depressed state that’s extremely difficult to escape.

Nail biting can become a very bad habit. Some people will chew their fingernails when they’re bored or nervous.

However, some people will chew their nails when they’re stressed out beyond belief. The worst part is nail-biters often do it without even realizing. It becomes such a natural instinct that you don’t even notice it until someone points it out or you’ve chewed the nail down to the point you can’t bite off anymore.

If nail biting is an issue for you, consider using fidget toys to break the habit and give your nails a much-needed break.

Do you have a hard time remembering things? Do you constantly find yourself forgetting important dates or events? This is a very common symptom associated with stress.

Forgetfulness is a tough one because it can also be a sign of more serious health conditions like dementia. Plus, some people just assume it’s normal because they “have a bad memory.”

However, a bad memory or forgetfulness aren’t things that should be brushed off. If you’ve noticed it’s an issue for you, consider talking to a doctor. They may be able to dig deeper into the root cause of the issue.

16. More Alcohol And Drug Use

When feeling excessively stressed, a lot of people are going to turn to bad habits in hopes of fixing the problem. For some people, the best solution will be drugs and alcohol.

Numbing yourself might seem like a “quick fix”, but it’s not. These substances are most likely going to escalate the situation and make it far worse.

Finally, you need to take note if you’re having racing thoughts. You mind could be going 100 miles per hours and you may have a difficult time thinking about anything for more than a few seconds.

It’s easy to blame your busy schedule or “creative mind” for your wandering thoughts, but often times stress is the culprit.

Your mind shouldn’t naturally go all over the place. Just like your biceps, triceps or any other muscle in your body, you should be able to control your brain. If not, it’s a sign that something’s possibly wrong and you need to address it.

Do You Recognize The Signs of Stress?

Hopefully this list gave you some signs to watch out for. Remember, these symptoms aren’t always a sign of stress, but they do typically mean something is going on in your body and it’s worth looking into.

Stress is a tricky condition, but it impacts us all. Educating yourself about the common signs of stress is the first step towards managing it. 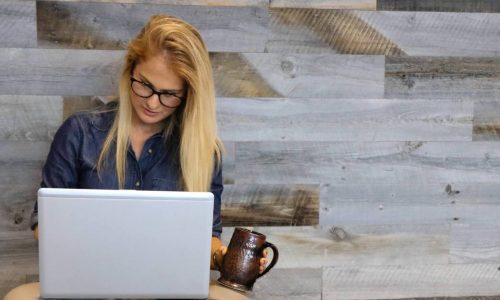 By Katelyn Son
Your daily life is stressful enough, but imagine coming to work only to feel worse. Depression in the …

These 10 Bad Habits Are Amplifying Your Stress

By Keely
Stress happens. It’s a simple fact of life. Your job, your social life, your family, your relationships, your … 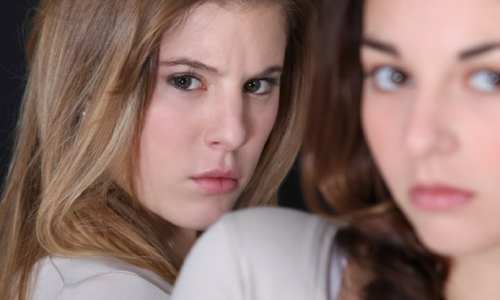 By Keely
Learning how to forgive is one of the hardest things most people do. After someone has done something …