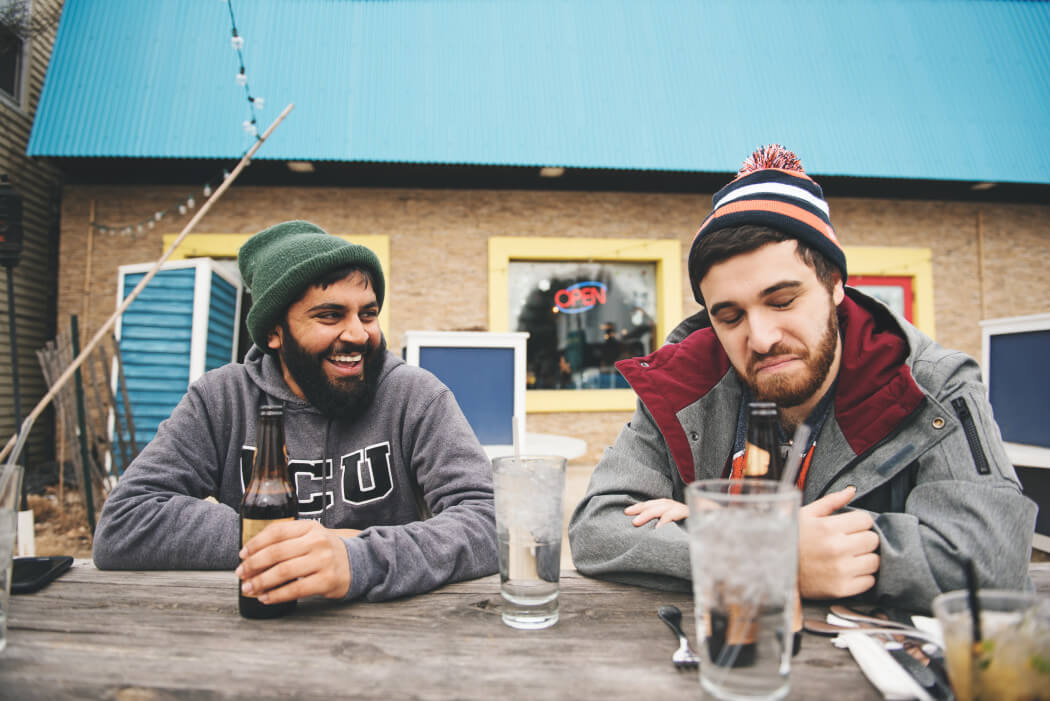 Many people use self-deprecating humor and chances are you use it without even realizing it, too.

This type of humor is found in most entertainment sources, from legendary TV shows to viral memes on social media. In fact, some of the most famous characters in TV are known for their self-deprecating humor (Chandler Bing from FRIENDS, for example.)

It can have positive effects on your life and career when used strategically, but it can also negatively impact your self-worth when not kept in check.

What Is Self-Deprecating Humor?

Self-deprecating humor is a sense of humor where someone points out their own shortcomings, whether it’s in a sarcastic or sincerely funny way. The goal is to garner laughter by making yourself the butt of the joke.

If you've read a popular meme that's along the lines of "I belong in a dumpster because I'm just that trashy," or even something more subtle like, "my life feels like a test I refused to study for," you've read a self-deprecating joke.

Sometimes self-deprecating humor isn’t an obvious mockery of your flaws, but simply being overly modest in your achievements or your positive attributes. This is common when someone compliments you and instead of accepting it, you deflect it in a humorous way.

An example of this would be someone complimenting you on your raise at work and you respond by saying something like, "I'm surprised they even gave my dumb ass one!"

It's still disguised as a joke but minimizes your accomplishment and puts the attention back on your self-perceived shortcomings instead of the compliment.

Why Do People Use Self-Deprecating Humor?

Most people aren’t even aware that they use self-deprecating humor because it’s so ingrained in our society and can be an instinctual part of some personalities.

However, there are specific reasons why someone may consistently make themselves the center of a joke, whether they're aware of it or not.

It's a Coping Mechanism

The most common reason people use self-deprecating humor is that it’s a coping mechanism. If you can laugh at yourself, it feels like you win by beating everyone else to the punchline.

It’s also a way to deviate from actually addressing and solving deeper issues, even the very serious ones.

They're Uncomfortable or Anxious

For some people who experience social anxiety, self-deprecating humor is an unconscious defense mechanism that’s activated when they’re in social settings or other unfamiliar situations.

Not everyone knows how to confidently be themselves, and self-deprecating humor can ease the stress of socializing.

They're Used to Being Laughed At

Maybe their family, friends, and social circles seem to always make them the butt of the jokes, and they're so used to it that they do it to themselves without even realizing it.

On the flip side, maybe they are aware they do it to themselves but don’t see a reason to stop making fun of themselves.

Social reinforcement is perhaps one of the biggest reasons people mock and belittle themselves humorously. Everyone wants to feel like they fit in and it’s easy to do that when you can make others smile and laugh, even if it’s at you.

It's an Easy Icebreaker

Making friends and forming connections can be hard and doesn't come naturally to many people. Self-deprecating jokes are easy icebreakers and take the edge off for everyone when sparking up a conversation.

It Encourages Connection and Makes You Seem Approachable

People like people that can laugh at themselves. They feel more comfortable being around them because they're generally easier to get along with and have a sense of humility.

Being able to make jokes about yourself also makes you seem more approachable and encourages others to let down their own guards.

There are some perks to intentionally using self-deprecating humor which can have a positive impact on your personal growth, relationships, and even your career or leadership skills.

But like anything else in life, there are some serious downsides to it and reasons why you should avoid using it too often.

If you have the confidence and self-esteem to withstand self-deprecating humor, it can actually have positive effects on your life. Ironically, it can be used as an indicator of your own strengths, too.

Using self-deprecating humor is actually a sign of self-awareness, which can be helpful in a lot of ways. If you're aware of your shortcomings, that means that you can also improve in those areas.

This is the first step to growth in every aspect of life, so even if you’re using your self-awareness for jokes, it can become a great tool when used positively.

Being open about your own flaws shows other people that they can relate to you and that their imperfections are acceptable, too. We all know what it's like to have things we don't like about ourselves and feel we should hide. It's always encouraging when you find someone who is willing to share their imperfections in some way, which makes them relatable.

Laughing at yourself shows humility, but only when it's done in a genuine manner. Being humble can be a sign of healthy self-esteem and helps you make friends. Nobody likes to be around someone who is cocky and prideful, so being open and easy-going about your flaws can go a long way in your social circles.

It Can Help You Become a Better Leader

Instead of pretending to be good at everything and keeping your team from progressing, you can use your self-deprecating humor to become a better leader.  When you admit your own weaknesses and accept your team’s help in those areas, you build trust with them.

It can also ease feelings of superiority and social status between you and your team, which may encourage better working relationships and overall performance.

While it's healthy to be able to laugh at yourself once in a while, it's also easy to go too far with self-deprecating humor. This is especially true if you already struggle with low self-esteem or social anxiety. Despite the positive impacts this type of humor can have, there are cons to consider, too.

Your brain internalizes and believes what you continually say, even if it's a joke. When you make it a habit to talk poorly about yourself or always dismiss your achievements, your self-talk becomes toxic, which ultimately leads to low self-worth.

According to Very Well Mind, self-deprecating humor can greatly affect your mental health when it's not kept in check and properly balanced.

It Sets an Unhealthy Standard for Others to Treat You By

You show people how to treat you, and if you're constantly making fun of yourself they'll feel they can do the same. If you want safe and enjoyable relationships, show the people in your life how to respect you by keeping self-deprecating humor to a minimum.

People naturally follow the lead of others, so if you're prone to cracking jokes at the expense of yourself, others may adopt the same habit. Your own self-deprecating humor promotes negative self-talk, no matter how funny the jokes are.

While everyone is responsible for their own belief systems and behaviors, there is something to be said about the influence we have within our circles.

Remember, ruining your self-esteem just isn’t worth it. Even if you've been making yourself the butt of the jokes for a while, you can still find a healthy balance.

If you want to counteract the negative effects of self-deprecating humor, start by overcoming your limiting beliefs, which can be hidden under all the jokes. It's also always a good idea to practice self-love every day, no matter what kind of humor you use.

There are pros and cons to using self-deprecating humor, just like anything else in life. Whether or not it's good or bad is ultimately up to you and what you make of it.

Courtney is a freelance writer who uses her words to inspire change in the world and help people step into their best selves. When she's not writing on a variety of topics or coming up with healthy recipes she is trying to keep up with her two kids with an iced coffee in hand. 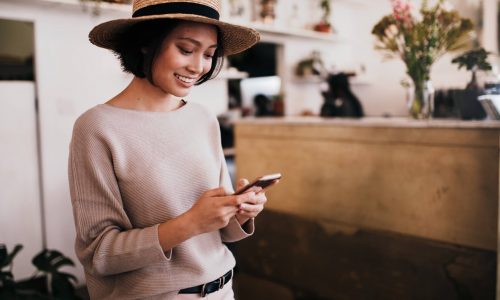 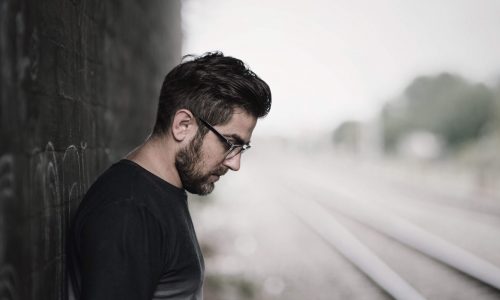 How to Cope With Loneliness: 6 Healthy Things to do Every Day

By Jessica Chen
Despite current technology, such as social media, making connecting to other easier than before, people seem to be … 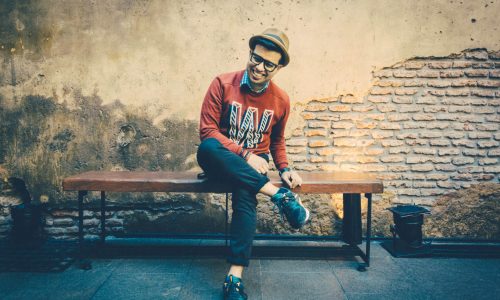 10 Smart Ways to Deal with a Narcissist in Your Life

By Keely
The term narcissist is defined as “a person who has an excessive interest in or admiration of themselves”. …