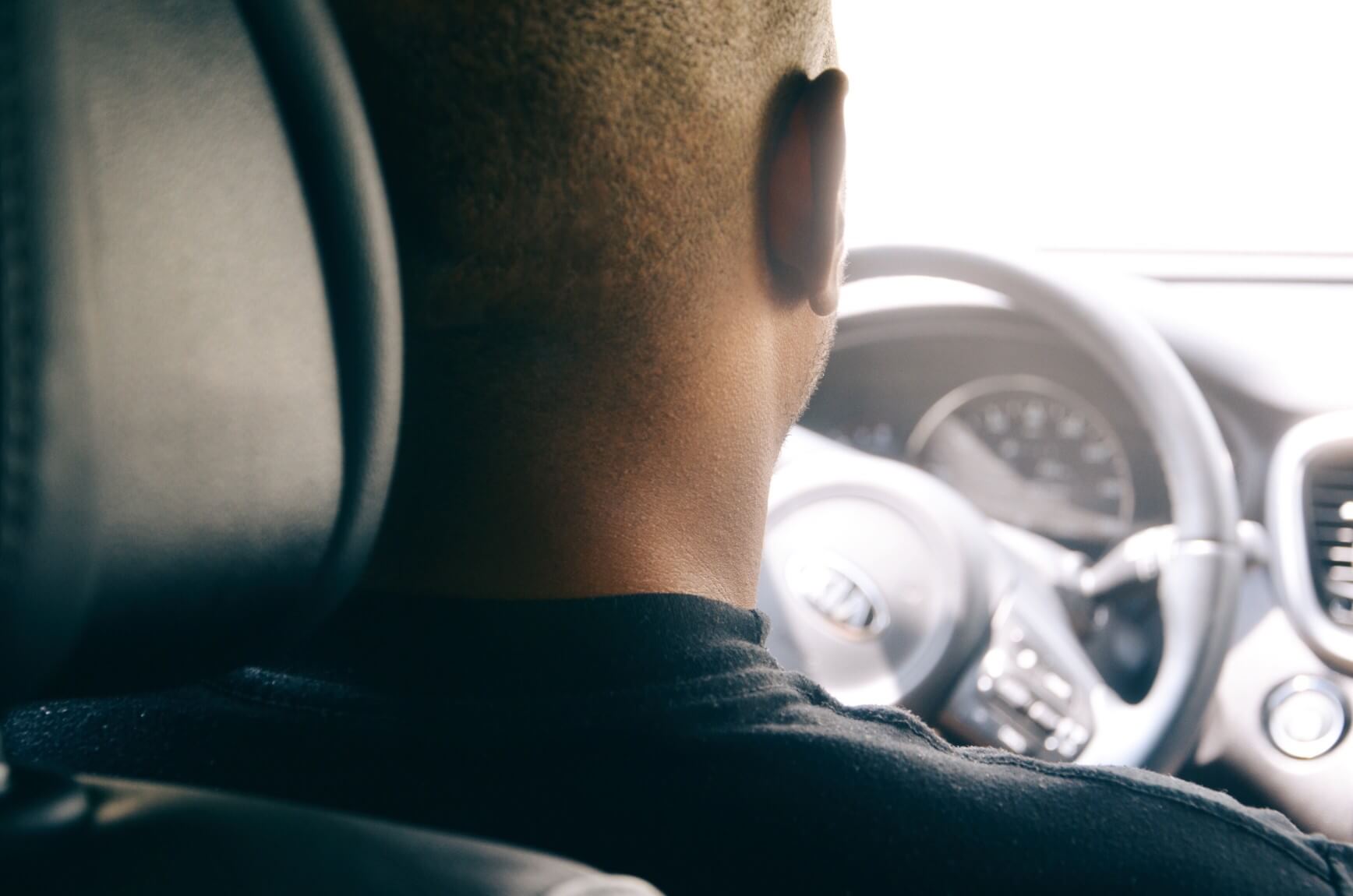 Think back to the last time you felt extremely frustrated over having to wait for something?

Maybe you were standing in a long line at the bank, stuck in a traffic jam, or staring at an unresponsive computer screen. The scenarios are endless when it comes to losing our patience and most of us can probably admit to being pretty impatient most of the time.

Patience is a Virtue

I personally have a problem with road rage, I know a lot of Americans do. But according to the AAA Foundation For Safety Traffic, a lot of people take it to the extreme.

Their recent study shows staggering results. They estimate a whopping 105 million drivers tailgate someone on purpose. Instead of fist fights, we rear end one another.

While traveling over the holidays I noticed another place oozing with impatience—the airport.

In November I was pushed by a grown adult while attempting to exit the Plane Train.

I thought I’d seen it all.

Yet here was a 60-year-old woman putting her hands on me (a complete stranger) and my four year old son because we weren’t moving fast enough. My husband, my son and I were still waiting for the doors to open when I felt someone nudging me forward.

By the time the doors opened, she’d pushed her way in front of my son’s stoller. Needless to say, we had a few choice words.

And then there is the, so called “happiest place on earth”. The place where I have encountered the most impatience in my life, Disney World.

Last year I was cussed out by a mother in front of her three kids and their grandma because she thought I skipped her in line.

To my defense, I didn’t skip her. I was simply re joining my family after my 2 year old insisted I take him to the bathroom. Emptying a toddlers bladder seems like a valid enough excuse to me.

We’ve all heard the sentiment that patience is a virtue. But what if it was more than that? What if it was the master key to living a longer, healthier life?

Have you ever heard of frown lines? When we’re mad, we usually have a pretty pronounced scowl on our face.

A scientific study from 2016 shows there’s a direct correlation between aging and patience. It states that having patience can, not only help you live longer, it can help slow the aging process significantly. That seems like reason enough to get on the patience train to me.

Courtney Davenport, a Licensed Clinical Social Worker in Sarasota, FL says we are not born with the ability to be patient, quite the opposite.

“Babies’ survival depends on their impatience,” Davenport says, “The more impatient their cry, the sooner their need is met.”

When my son was a baby, I nursed him the second he started to cry. Now that he is four, he doesn’t understand why his food isn’t ready on command. He doesn’t like waiting for it to cool off, or for the restaurant to cook it after we’ve ordered.

As his mother, it’s my job to teach him to be patient. Lately, I’ve stopped putting it in the freezer or blowing on it.

Instead, I help him focus on something else while he waits. We talk about his day, or color a picture. It works 20% of the time. The other 80, he fusses uncontrollably until it’s ready.

“As we get older – our patience isn’t about survival,” Davenport says, “It’s about comfort, convenience, and expectations.” Davenport explains we have to practice to become patient.

Here are her four essential tips to help us practice better patience.

1. Focus on the Narrative

What are you saying to yourself in response to the negative feeling of frustration and impatience?

You immediately feel frustrated at the situation. Nobody wants to spend an extra 15-30 minutes of their life sitting in traffic. But the situation is out of your control, and now it’s time for you to make a choice.

Engaging in a negative internal narrative will increase your discomfort. You are immediately angry at the situation and start obsessing over how late you’re going to be and how mad it makes you.

Engaging in a positive internal narrative will not only lessen your discomfort, but it will also help shift your focus to a positive mindset.

Instead of focusing on the negative, you could put a more positive spin on the situation, such as:

Coming up with a few short affirmations can be more helpful than you might realize. Try repeating some of these before you start your day, or whenever you feel yourself starting to lose patience.

I use this method with my son. On our way to school, I ask him to say things like:

“I’m not going to bite anyone today”

“I am going to sit in my chair”

“I am going to listen to my teacher”

I’ve found that he gets into more trouble when we skip the routine.

3. Self Awareness and Body Awareness

When we feel impatient, frustrated, and stressed, our bodies feel it too. Our heart rate increases, our blood pressure rises, and our breathing becomes shallow. Courtney suggests to take a 30 second body inventory.

Breathing can do wonders for our bodies. I suffer from anxiety disorder and I wouldn’t be able to get through half of my panic attacks without breathing exercises. They have saved me a few expensive trips to the ER.

Trying to see the frustrating or stressful experience through another lens (a lens of compassion) shifts the negative feelings into a positive or neutral zone.

You must extend compassion to others as well as yourself.

That could mean extending compassion to your tired and hungry two-year-old when they are having a meltdown in the grocery store. I try to grab my son a cookie from the bakery. When he accidentally drops it on the floor and demands another one, I have to remind myself that to him, a cookie is life. It might be equal to a hundred dollar bill for me. If I had the ability to grab another 100 dollar bill, you bet I would.

Also showing patience to yourself when you’re working hard towards a goal and have a setback. “Hey there sweet self, you can’t have a comeback without having a setback. Rock on, darling!”

Don’t forget to give yourself credit for every stride you make towards being a more patient person.

Sometimes it’s the tiny victories that can serve as large stepping stones for a happy, healthier, more well balanced YOU.

Jessica Ayers is a professional singer/performer/musician, blogger, and stay-at-home mom. She enjoys writing freelance for various websites as well as her own thesingingwidow.com. She is currently working on her first novel/personal memoir, "One Stray Bullet". It will take readers on a journey of grief, widowhood, motherhood, and self discovery. Jessica is also pursuing a career in motivational speaking as well as attending Florida State University in pursuit of a Bachelors in communication. 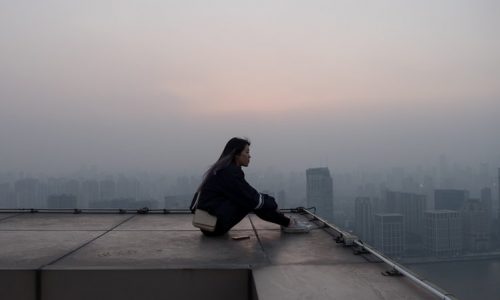 By Keely
You’re stressed. But why are you stressed? The answer comes down to your biology. That is to say, that … 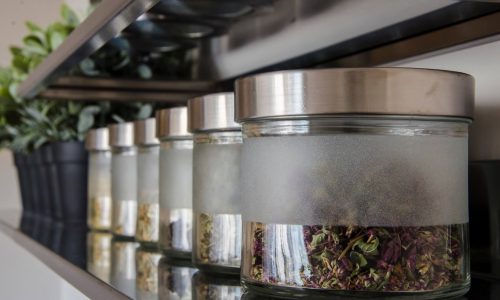 By Valerie Sizelove
If you’ve ever taken medications with nasty side effects, you might understand why many people turn to herbal … 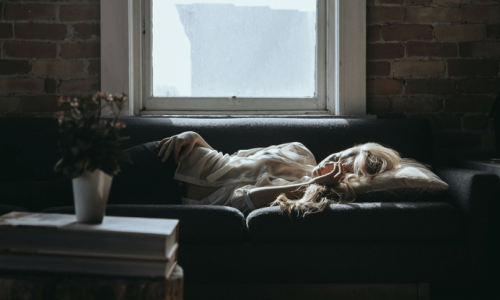 7 Ways to Relax and De-stress Before Bed

By Keely
There is nothing more beautiful than a good night’s sleep. You know that when you haven’t had one …