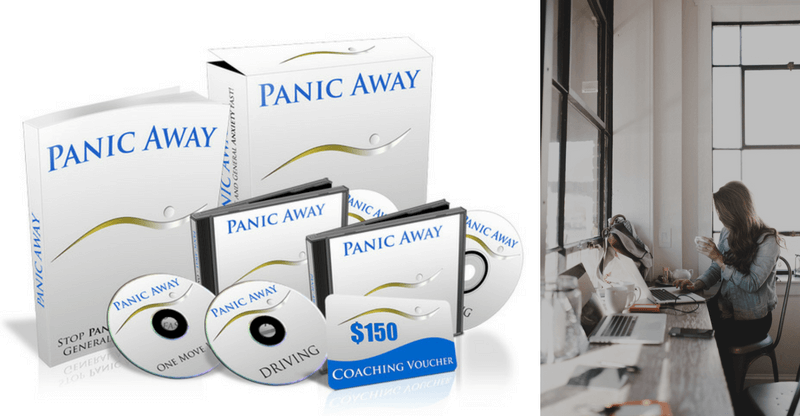 Panic Away is a program that utilizes video, audio and other forms of engagement to teach you how to overcome panic attacks and anxiety—for good.

Quick Navigation
Where Did Panic Away Come From?
Does Panic Away Really Cure Anxiety?
The Pros of Panic Away
GET RAPID RELIEF FROM ANXIETY
The Cons of Panic Away
What do Real People Say About Panic Away?
One Final Word: A Warning

Where Did Panic Away Come From?

The Panic Away program was created in 2001 by Barry McDonagh, a former anxiety sufferer.

Barry had a long history of panic attacks, starting with his first one, a spontaneous panic attack, which occurred in church when he was just starting college.

The result was that he felt like nowhere was safe, and he ended up vulnerable to panic attacks anywhere outside of the safety and comfort of his home.

Like many who experience anxiety, Barry avoided the doctor, for fear of a stigmatizing diagnosis.

Like most of us, he decided to consult Dr. Internet, which gave him the same old advice that most anxiety sufferers are given: go to a doctor, get on medication and learn to live with anxiety.

Each book he read yielded the same coping techniques and breathing exercises which don’t do a lot of good when you’re in the middle of having an epic panic attack. (Unfortunately, all panic attacks are epic. No one enjoys the sensation of feeling like they’re dying—it’s never comfortable or minor.)

McDonagh, receiving no comfort from these so-called "coping techniques," realized that if he were going to get real help, he'd have to help himself.

He decided to study his own panic attacks and eventually developed a way to break the cycle; instead of fighting panic attacks tooth and nail, he tried not fighting them.

And that was the genesis of his Panic Away program, which has helped tens of thousands of panic attack and anxiety sufferers the world over.

GET PANIC AWAY FOR 50% OFF FOR A LIMITED TIME!

Does Panic Away Really Cure Anxiety?

Yes, Panic Away works. And the reason is quite simple: Barry McDonagh was right all along and years ahead of his time.

Fighting your panic attack with hyperventilation-inducing breathing exercises and futile coping mechanisms is the old way of tackling panic attacks.

Now, more and more doctors are beginning to understand how such techniques will, more often than not, worsen anxiety.

Now, science is playing catchup to McDonagh and more and more therapists are counseling their patients to quit fighting anxiety.

Of course, laying down your anxiety-fighting weapons is just the crux that ends the cycle. There is more to it than that, and McDonagh guides you through it with his Panic Away plan.

Over 80,000 people from famous celebrities to the hardworking mom have used Panic Away to rid themselves from the shackles of panic and anxiety.

Panic Away has been around since 2001. Some would argue that its longevity alone is proof that it works, but with the science to back it up, you have more than proof—you have hard evidence.

The Pros of Panic Away

CBT is the first line of defense when treating panic disorder, generalized anxiety, agoraphobia, and other anxiety disorders.

The system uses behavior modification to teach you how to approach your anxiety disorder differently and empower you to overcome it instead of simply manage it.

The Panic Away program isn’t a replacement for your doctor’s advice or treatment, but it can supplement it, or be used as self-help.

Panic Away can be accessed in a variety of formats from hard copy books to online courses to mobile and more.

The fact that it is so accessible in and of itself can ease anxiety, because those who need help will be able to get it easily.

Panic Away is designed to work fast. They have a money-back guarantee period of eight weeks and will refund you if you don't start seeing results by then.

GET RAPID RELIEF FROM ANXIETY

The Panic Away team hooked us up with a free gift for TSM readers! Download this free audio to end anxiety and panic attacks fast!

The Cons of Panic Away

Panic Away doesn't cure everybody. In fairness, that's because it can't.

Every human is unique, physically, mentally and emotionally.

While Panic Away claims that it can cure more than half of all those who try it, they are very upfront about the fact that the Panic Away technique can't cure everybody.

To be blunt, there are simply those whose anxiety is hard to manage let alone cure, and those people will need to consult their doctor.

What do Real People Say About Panic Away?

I thought I would live the rest of my life in a state of pure anxiety and panic. Nothing I’d ever tried before worked. Panic Away gave me the tools I needed to break free of my panic attacks.

I always thought having panic attacks was a weakness. I felt ashamed and embarrassed and avoided help for years. When I sought help from a licensed therapist, the techniques they taught me weren’t useful and didn’t begin to touch my panic attacks. I became a prisoner of my own home. The one good thing about being trapped there was that I was online constantly and came across Panic Away, which truly saved me and returned me to my former, confident self.

I started getting anxiety attacks after my promotion at work. The weird thing is, I don’t even have a job that’s that stressful, so I don’t even know that my promotion and the very limited amount of extra responsibility that came with it caused it or not. I guess that’s just part of anxiety—it can be totally random. I thought I was losing my mind. Panic Attack helped me regroup and regain my control. I haven’t had a panic attack in three weeks and counting.

When I started having panic attacks, my wife told me to just toughen up. I know she loves me and meant well, but what she didn't understand was, at that time, toughening up wouldn't have done any good because I literally felt unable to control myself. Hiding my panic disorder was a living nightmare and it started to effect my performance in all areas of life. A friend of mine said a colleague recommended Panic Away to him for his panic attacks, so I tried it for myself and, honestly, this is the only method to get rid of panic disorder that has worked for me—and I tried everything.

Also, here are some video testimonials from people that have successfully treated their anxiety with Panic Away:

One Final Word: A Warning

DO NOT quit anxiety medication, especially benzodiazepines, without consulting your doctor.

Quitting these medications cold turkey is outright dangerous and can cause seizures, withdrawals and in extreme cases, death.

Always talk with your doctor about how to correctly and safely taper off benzos, antidepressants and any other medication you take for anxiety.

The Panic Away Program gets our seal of approval.

Try it out here!​ 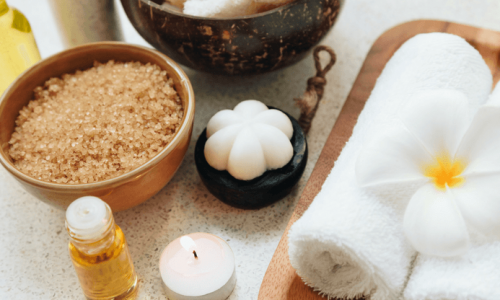 By Keely
One of the best ways to relax and r﻿elieve str﻿ess is to take a soothing warm bath. After … 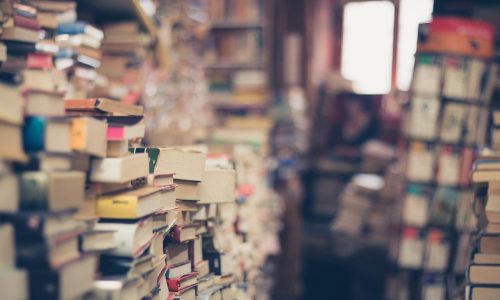 10 Best Meditation Books to Add to Your Reading List

By Keely
Whether you're new to meditation or an experienced zen master, one thing is for certain—you should never stop … 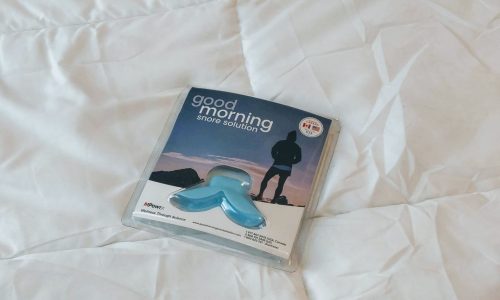 By Courtney Johnston
You know the feeling – your eyelids are slowly closing, your body is relaxed and at ease, you’re …