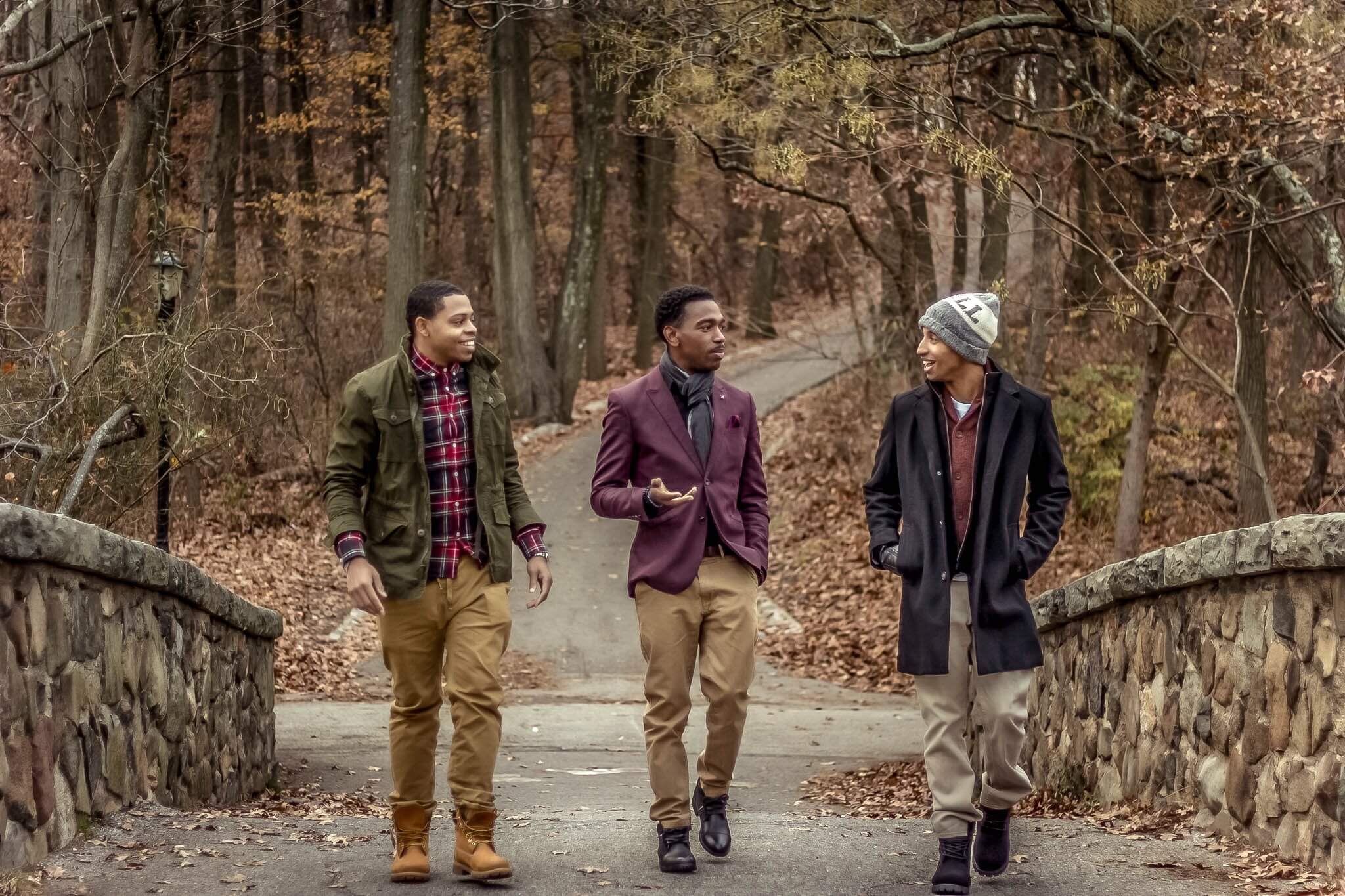 Even if you’re not an introvert or don’t suffer from social anxiety, chances are you’ve experienced that unbelievable awkwardness of mumbling the wrong words at the worst times. Those moments where people look at you like you just parked your spaceship before walking over.

Possibly even worse are the moments where we can’t even attempt to bring our social skills to the surface, so we go to the bar or weddings or parties and instead stare at our phones or pretend something fascinating is floating in our drinks.

But there’s more reason to improve your social skills than avoiding awkward moments. Social skills are a necessity; they move us forward in life. They’re what we use for networking, relationships, building both business and personal opportunities, and growing in most aspects of our lives.

And in places like blue zones, where living past 100 is the norm, socializing is one of the reasons behind longevity. Not only can being social help with longevity, but research also shows that people with healthy social skills and lives, and those who value social goals experience an overall greater level of well-being.

For those reasons, and more, here are five hacks to improve your social skills:

In 1936 (that’s 80 years ago) Dale Carnegie wrote the book “How to Win Friends and Influence People,” a book so influential that it’s still popular. In it, he mentions that whenever Franklin Roosevelt expected a visitor, he would stay up late the night before and read up on subjects he knew his guests were interested in.

Roosevelt and Carnegie knew that all people love to talk about what they love, so if you want to boost your social skills, give yourself a headstart by identifying what the people you socialize with are into.

We live in a world where social media makes knowing about other people before we meet them so easy. With just a little effort, you can find an abundance of conversation starters.

It’s way easier to approach someone and ask how their recent trip abroad went than to have to muster up an awkward “so this is nice weather we’re having, huh?”

When you talk to people about things they’re interested in, it makes them feel valued, and it makes the conversation flow more effortlessly, which makes being social a whole lot easier.

How many times have you tried your hardest to avoid eye contact with strangers passing by? Or maybe if you do make eye contact, it’s to exchange an uncomfortable look?

If you want to improve your social skills and enhance your overall quality of life, I invite you to do the exact opposite. Smile at strangers whenever you can.

This is a great exercise for enhancing social skills because for one, you’ll probably never see these strangers again, so who cares, right?

Plus, the simple act of smiling can trigger the release of dopamine and serotonin, making you happier and reducing stress, and smiles are contagious so you’ll get some smiles back.

Then there are the people who won’t just smile back, but they’ll say “hey,” and they’ll ask you how you’re doing. These exchanges likely won’t be very long, but they’ll be a brief way to practice some social skills without the scary commitment of a full-length conversation.

Questions that can end in an abrupt conversation-stopping “yes” or “no” will put a major damper on your efforts to improve your social skills, so avoid them.

Instead, ask open-ended questions that will keep the conversation going effortlessly. Often these questions are a great way to take the attention off of yourself too, so there’s less pressure.

Asking open-ended questions is also a great way to put a stop to dreaded small talk and instead replace it with meaningful conversations, which research finds goes hand-in-hand with happiness.

If you need an extra push to ask the questions, remind yourself that Harvard researchers have found that asking questions and likeability are directly correlated.

Having spent the last five months traveling around Southeast Asia, I’ve had the fortune of being able to start conversations with a simple “where are you from?”, this open-ended question has led to some of the most interesting conversations I’ve ever had.

That specific question might not always work, so here are some other ones you can try out to keep a conversation flowing:

When we think about socializing the focus is on the act of talking, but listening is a vital social skill.

If you feel shaky about your social skills, then amid any conversation chances are you’re more focused on thinking of what you’re going to say when the other person is done talking, than on what they’re actually saying.

Not only does that put way too much stress on you, but it also makes the other person feel unimportant and undervalued.

In Stephen Covey’s iconic book “The Seven Habits of Highly Effective People,” habit number five is “seek first to understand, then to be understood.” He goes on to explain that the only true form of listening is when your sole intent is to understand what the other person is trying to communicate.

I learned this lesson myself recently.

A few weeks ago at a ceremony in Bali, I was presented with a challenge; to look the person next to me in the eyes, and listen as they answered a question.

This wasn’t a conversation, and I didn’t have to respond, I just had to hear and understand.

Without the stress or worry about coming up with a response, I was able to give my undivided attention to listening.

When the person speaking was done, those listening were told to repeat what we had just heard. I was able to do it with such ease, without having made any effort to remember.

It felt incredible to have allowed someone to speak and to have fully heard them. And it was even more incredible to see how being listened to made the other person feel so good.

So try it out. Next time you’re in a conversation, imagine that you will have to repeat what you are hearing and that you don’t have to respond at all.

In the end, you will always have a better response when you actively listen.

More often than not, conversations reach that stage of awkward silence not because you have nothing left to say but because you’re too worried that what you want to say isn’t good enough.

This is in large part why most people are so much better at socializing when they’ve had a few drinks. Once you’ve got a bit of a buzz going, it becomes a lot easier to be social and blurt out whatever is on your mind.

But you don’t need alcohol to speak your mind, just practice removing your filter when appropriate. Next time you catch yourself wondering if a thought is good enough to share, just blurt it out.

This gets easier when you remember that as unique as we are, we’re all also very connected. Chances are most people you’re talking to will at least remotely be able to relate to what you’re thinking. And if not, then just change the topic.

Just remember, this isn’t an open invitation to be rude, but a practice in expressing yourself freely.

How Sharp Are Your Social Skills?

We are social creatures, and while you don’t have to be social 24/7 or anywhere close to that, having some social skills is a big part of living your best life.

So smile at a stranger, ask deep questions, say what’s on your mind...and watch how small steps can create big results. 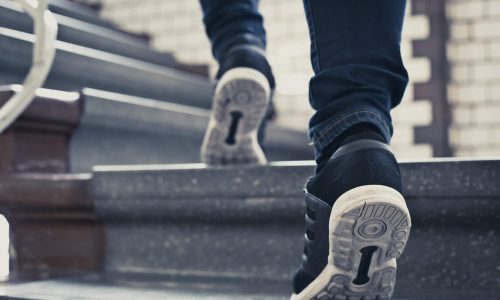 How to Use Kaizen in Your Everyday Life 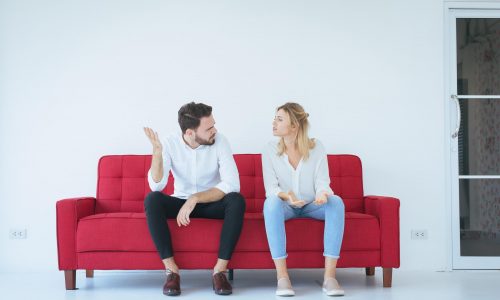 How Do You Know When Its Time to Break Up?

By Dan Ginn
Your romantic relationships may be the deepest bond you have with another human. Your personalities, emotions and behaviors … 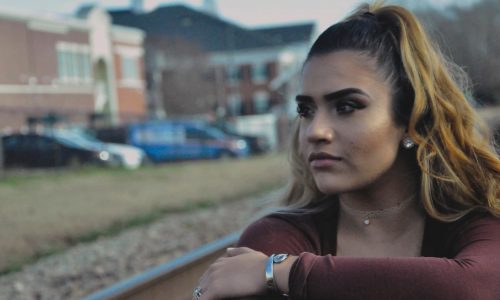