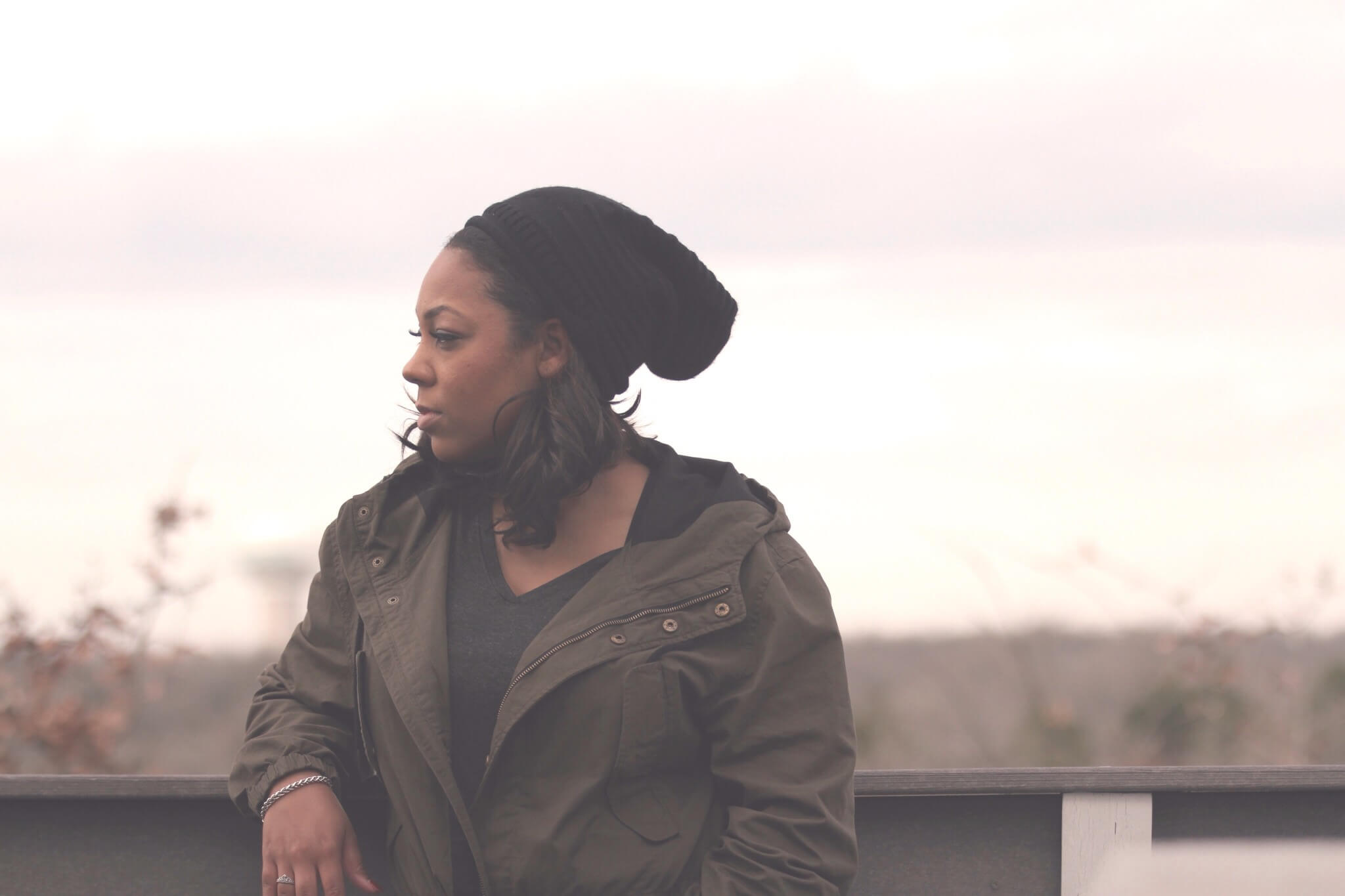 No matter who you are, at some point in life, someone is going to do or say something that can be taken personally. For most people, this happens often.

Whether it’s an unpleasant comment from a friend or family member, a weird look from a stranger, negative feedback from a coworker or boss, or getting cut off in traffic, these things never feel good.

But when you take things personally, they feel way worse than they have to. So wouldn’t it be great if you could learn how to stop taking things personally? Imagine how much less stress, sadness, and feelings of low-self worth you’d experience.

Luckily there are so many best practices for how to stop taking things personally. Here are some of the most effective:

The Art of How to Stop Taking Things Personally

There are a few reasons why most people take things personally, like these:

If you’re a highly sensitive person, how can you care less about what people think and just be yourself?

If you have emotional flashbacks in response to criticism, what caused it? Who in your life used to criticize you too much? Bring it to the surface so you can work on processing it.

If you agree with a certain criticism, then can you change something? If what you’re being criticized about bothers you and can be changed, then take action. If it can’t be changed, practice acceptance.

If it simply doesn’t feel good because it’s not enjoyable to be criticized, how can you minimize that negativity in your life?

Whatever the reason, these other tips will help you master the art of how to stop taking things personally:

2. Take a Walk in Their Shoes

How many times have you said or done something hurtful to someone else?

How many times have you done so because you were having a rough day or were lost in your emotions, and not because you meant it?

If you’ve done this, even often, you’re not alone. People commonly do and say things as a reaction to what’s going on in their internal world.

Scientifically speaking, human beings are almost always thinking about themselves.

This doesn’t excuse any behavior. But reminding yourself that actions and words are a reflection of the doer or sayer, and not the receiver, can help you stop taking things personally.

3. Learn to Grow From Criticism

“There is only one way to avoid criticism: do nothing, say nothing, and be nothing” – Aristotle

Like I mentioned, sometimes people do and say mean things to us that have nothing to do with us. Other times a criticism might hold some truth to it, making it harder to not take things personally.

So next time someone does or says something to you that you can’t shrug off, ask yourself, “Is there something I can learn from this?”

Negative feedback is often essential for growth and motivation. While criticism might not be given to you constructively, you have the choice between taking things personally or learning from them.

So if there is any truth to the criticism, instead of wasting time dwelling over it or sinking into low-self worth, make a change. Create an actionable plan that you can implement to improve yourself, break it down into small steps, and tackle it.

We tend to take things personally when we are most sensitive to them, and we are all sensitive to different things.

A part of learning how to stop taking things personally is understanding what criticisms or opinions really get to you.

My boyfriend doesn’t take well to criticism or negative opinions about his plans, whether they are related to travel, entrepreneurial ideas, work, or anything else.

To him, the criticism and negative opinions of others about things he hasn’t fully completed or put into action yet keep him from his goals.

So, he tries his best not to share these plans with others, and that’s his right.

You can do the same. Determine your sensitivities and stray away from situations where they can be triggered and people who trigger them.

No matter how deep into your mindfulness practice you are, or how good you are at not taking things personally, at some point, something will trigger you.

If you don’t step away from that situation, it can lead to an explosion of emotion, words you can’t take back, and damaged relationships or careers.

So before you take things personally, take a step away from the situation. Take a deep, full breath in through your nose, and a let out a long and relieving exhale through your mouth.

Repeat this until you feel calmer, and you will, because mindful, deep breathing can physically calm your body from stress and anxiety.

Plus, Pranayama and other mindful breathing practices reduce emotional reactivity, which is super useful for not taking things personally. 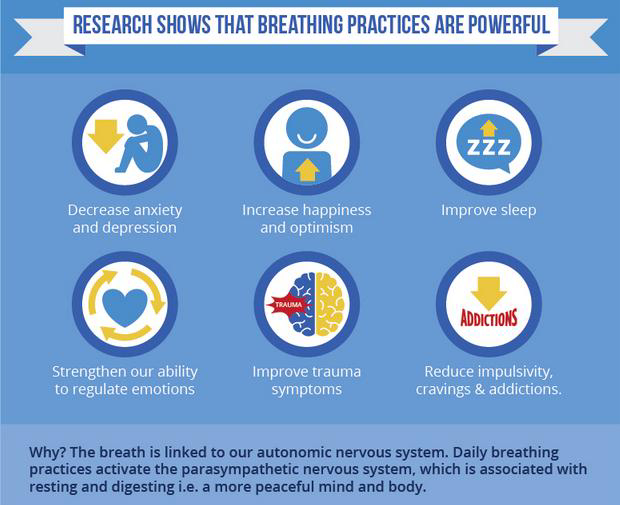 Mindful breathing also has so many other benefits like:

Taking a few deep breaths will calm you down, restore balance, and give you the chance to better conquer the challenge of how to stop taking things personally.

Check out this article for more quick and easy breathing exercises!

6. Ask for Some Clarification

When we make assumptions about other people, even people we know, we are often wrong. Research shows the best and most accurate way to understand someone is to gather information from them by talking to them.

But chances are you’ve experienced feeling like someone is mad or annoyed at you when they weren’t. And chances are you probably let yourself suffer in anxiety over it instead of asking for some clarification.

I’m not pointing fingers; I’ve been there too.

But when you think about it, it’s unbelievably pointless. So the next time you find yourself taking something personally, but you don’t even know if it’s real or imagined, ask!

If you’re right about your assumption, asking about it can help you come to a solution. If you’re wrong, it can keep you from wasting your time dwelling on something that isn’t real.

If someone does something that hurts you, and you don’t say anything, they might not realize it.

This happens all the time, here’s a story that comes to mind.

When my boyfriend and I moved into our first apartment, a neighbor gave us a bottle of wine. One night when my boyfriend wasn’t home, I craved a glass of wine, and I opened the bottle (it was the only one we had).

When my boyfriend came home and saw, he was hurt. To him, the bottle of wine represented our first home together, and it was meant to be saved for a special occasion. To me, it was just a bottle of wine.

I get that expressing feelings can be overwhelming, embarrassing, or lead to unwanted confrontation. What my boyfriend and I have learned to do is use “I statements,” which research backs as a great way to handle confrontation.

Using “I statements” means that anytime you’re about to confront someone, instead of focusing on what they did and using “you,” focus on how it made you feel and use “I.” This often leads to less hostility and more understanding.

Spirituality and Buddhism teach us that happiness comes from within, and you should be able to create your happiness no matter what.

While I believe this is often true, it’s also sometimes not. Just like a desert plant won’t thrive in a rainforest, I believe that people will struggle to thrive as long as they are around the wrong people.

But you don’t have to take my word for it; science has proven that we are greatly influenced by the people around us.

Research shows that being around someone who is stressed can increase your stress levels. Stress isn’t the only emotion that can be transferred, so can sadness, depressive feelings, anger, pain, and more.

This is called emotional contagion, and some research shows that these emotions can spread easier than a cold.

So if certain people in your life consistently put you down, instead of taking things personally, you need to detoxify your social circle.

This can be so hard to do, especially when the negative people in our lives are close friends or family members that we love.

If you can’t or don’t want to eliminate someone from your life, then you need to set boundaries on how much time you spend with them and what you speak to them about.

You should also know when enough is enough. If someone does something that hurts you and you bring it up to them multiple times, and they don’t change, you should reevaluate that relationship.

9. Focus on the Positive

Focusing on the positive can reduce worry and make you feel more positive. So instead of taking things personally, and letting them make you feel down, focus on the power of positive thinking.

You can also be a positive change for others. Turn that unwanted look or hurtful comment into a welcoming look or beneficial comment for someone else. Just like negativity can be contagious, positivity can also spread.

I will not let anyone walk through my mind with their dirty feet. – Gandhi

In the end, no matter what else is going on, the more you love yourself and the better your self-esteem, the easier it is to master how to stop taking things personally.

When you’re confident, you know that whatever someone does or says to you either isn’t true, is a minor flaw that won’t hold you back, or is an issue that you can work on. There’s no point in taking it personally.

I think a big part of loving yourself is spending time alone, and getting to know yourself. How do you love to move, what’s your favorite way to engage your mind, how do you unleash your creativity?

In the process of getting to know your deepest self, allow insecurities and flaws to rise to the surface, and slowly work on the realization that you, like everyone else, are still worthy of love despite them.

Of course, this isn’t an overnight thing, but when you love yourself and stop taking things personally, you pave the way for so much growth, happiness, and freedom. 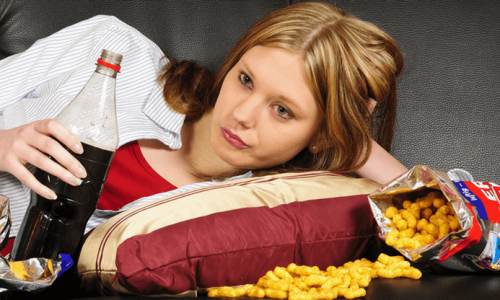 How to Avoid Stress Eating Once and For All

By Alena Scuk Bego
Stress can be a major motivator. It can help us perform better, fight for the job we've always … 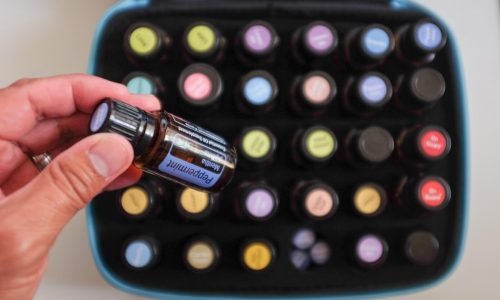 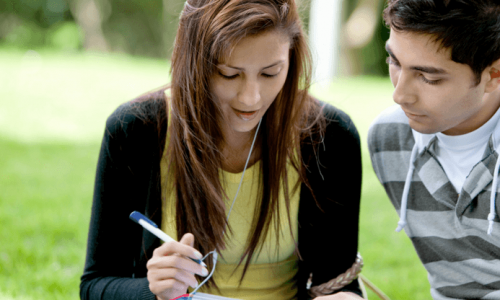 Stressed About College? Try These Proven Tips to Relax

By Keely
If you’re in college, you’re bound to get stressed. This might ultimately affect your wellbeing, academic performance and …