Home
Mind
How to Interpret Your Dreams 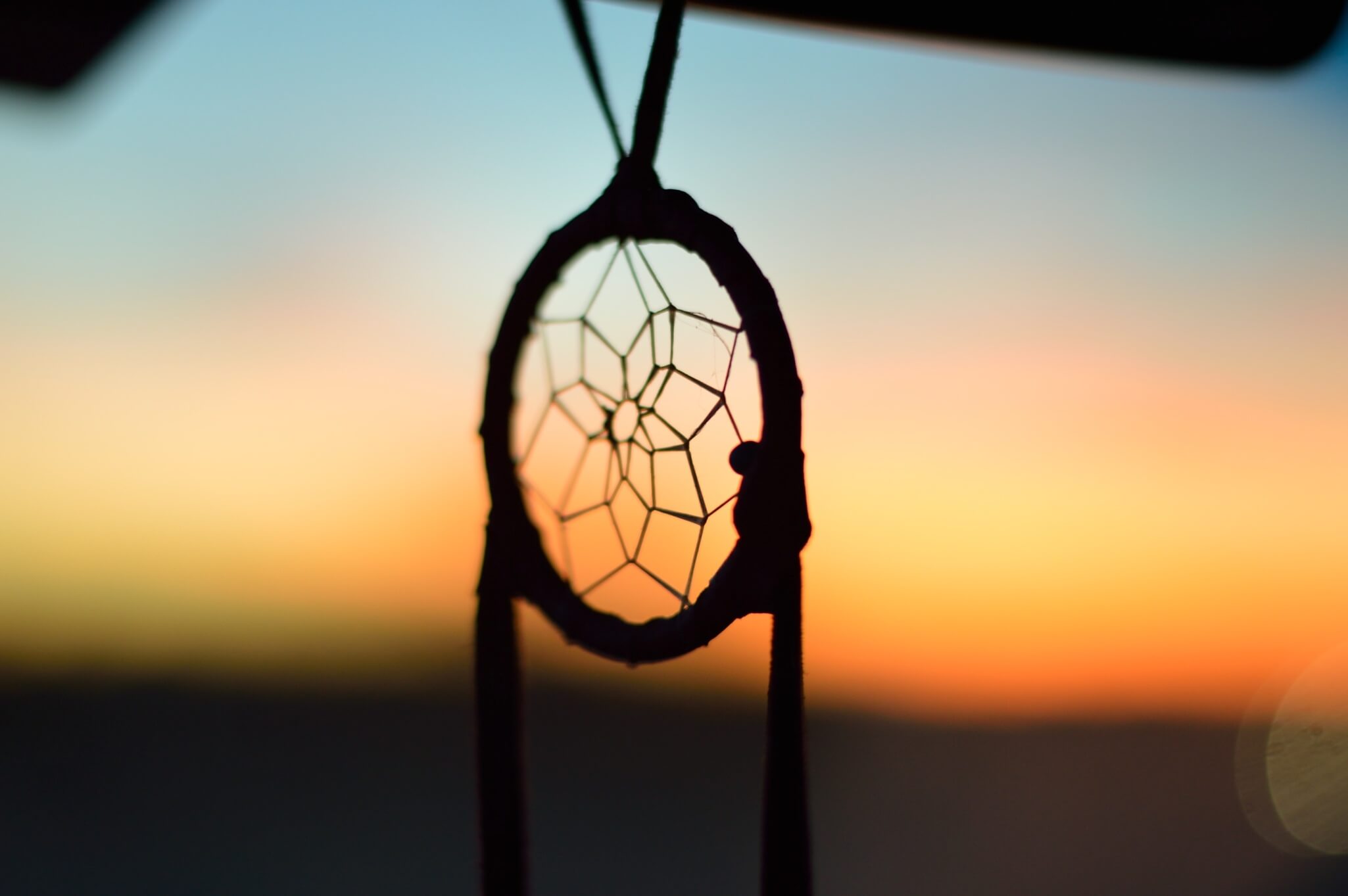 There are a few things that all people have in common, regardless of geographical location, race, religion, etc.; like breathing, eating, drinking water, and dreaming.

We breathe because if we stop we die, the same goes for eating and drinking water. But why do we dream?

While most modern scientific research on how to interpret your dreams and what they mean didn’t start until the 1950s when REM sleep was discovered, dreaming has fascinated civilizations since ancient times.

Back in the days of ancient Egypt, vivid dreamers were considered to be special, and dreaming was viewed as one of the best ways to receive divine intervention and wisdom from the gods.

And then there was Freud, who argued that dreams are the royal road to the unconscious. But then again, Freud also said all dreams were sexual, so the verdicts still out on that one.

My connection to dreams may be biased, as I find them fascinating. This probably stems from the fact that my mom is the most vivid dreamer I’ve ever known.

I’m talking having dreams of someone dying and getting a call about the sad reality the very next day.

But why do we dream?

There are theories on why we dream, like the dream rebound effect that presents the idea that we dream about what we suppress during the day.

Or the evolutionary psychology theory that argues that dreams are a function of survival; a way for us to test out things we’re stressed about in life.

10 Common Stress Dreams and What They Say About You

Find out what these 10 common dreams really mean.

But even with these theories, for the most part, scientists, psychologists, and researchers are still pretty unclear about dreams, and they remain a big mystery.

But despite this mystery, there are a few common dreams that many people have. And understanding what these dreams mean can be the first step in learning how to interpret your dreams.

8 Common Dreams and What They Mean

Based on the studies and research of psychologists and dream experts here’s what eight of the most common dreams could mean for you.

You know that dream you have where you’re falling, and you have absolutely no control over it? Well, you’re not alone; this dream is one of the most common.

Dreams of falling are a message that there’s something in waking life that we feel out of control about, or that there is something we are afraid of losing or failing at.

So if this one keeps happening to you, take a look at your life. Is anything spiraling out of control (work, love, etc.)? Is there something big you’re about to take on that makes you afraid of failing? Is there someone who used to be your rock that you’re losing?

And remember, this dream doesn’t always have to be a bad thing; sometimes this dream is a reminder that you’re holding on too tightly to something in your waking life, and it’s time to trust and let go and make space for new, and better things.

When you dream about someone or something chasing you (and no matter how fast or how far you run, you can’t get away), the fear comes from what’s chasing you.

According to dream interpretation, this fear might more accurately be a fear of things you’re running away from in life.

This dream is usually a sign that there’s an issue in life that you’re avoiding, and the dream comes as a reminder that its time to address the problem instead of running away from it.

You’re in the Nude

Finding yourself in the nude in front of other people, specifically groups of others is another supper common dream, and it’s a significant sign that you’re feeling vulnerable in life, or that you’re fearful of people seeing your true self.

While what this dream reveals isn’t the best news, it can serve as a reminder that it’s okay to make moves that allow you to feel more free and liberated, and that it’s time to break out of the chains that make you feel like you’re not being your true self.

Dream of the Dead

Call me creepy, but I welcome dreams graced by loved ones I’ve lost; it feels like a concrete reminder that they still exist just somewhere else, and they’ve momentarily found a way to talk to me.

Some experts believe that dreaming of the dead is a way for you to resolve your feelings of losing someone. Others say it’s a sign that you’re being influenced by negative people in the waking world.

Or if you dream of someone who has passed long ago, it might be because a current situation or relationship resembles the deceased.

But what if you have a dream that someone alive in the waking world dies? Or that you die?

In those situations, death is a symbol of change. If someone you know is dying in your dream, it can be a sign that your relationship with them is changing or is about to.

If you’re dying yourself, it might mean that you subconsciously want to make a change in your life that has to do with terminating something; a relationship, a career path, the past, etc.

So unlike my mom's rare clairvoyance, just because you dream of death doesn’t mean that it’s going to come knocking on the door.

And remember, change doesn’t have to be a bad thing!

At first glance, the dream where you’re rushing to get to something you’re already late for is a sure sign that you’re afraid of being late, but there’s more to it than that.

This dream is more of a sign that you’re feeling overwhelmed by too many responsibilities in the waking world.

But if you can’t ditch any of your responsibilities, no worries, this dream can serve as a reminder that a little tweak in time management can make all the difference.

Some experts also believe that this dream means you feel like you’re running out of time; whether it’s about reaching a career goal by a certain age or getting married by a specific time, and so on. This might mean it’s time to consider if the societal pressure that’s making you feel this way is really worth it.

There are a few theories behind this awful dream, like the one where your teeth falling out means a communication mishap in your life; like perhaps you’ve said something you shouldn’t or there’s something you need to speak up about.

But the most common interpretation of this dream by experts it that something in your life is hindering your confidence or you’re having second thoughts about your appearance.

Teeth and moreover a smile, are a big part of appearance, so it’s understandable that having teeth fall out would signify insecurity in anyone.

Failing a test or being stressed about potentially failing one is a common dream, even for people who are far past the stages in life that involve taking tests in school.

These dreams usually mean that you’re not feeling worthy or up for the job.

If you’re in school, these feelings could quite literally be about a test, but if you’re not, they can be about a relationship, a job, etc.

While dreams more commonly stem from negative subconscious feelings than positive ones, when you dream of flying it can be a sign of feeling freedom and independence in your life.

But, some also believe that a dream of flying represents how much control you have over things in your life. From this interpretation, dreams of flying high mean you’re navigating things well while flying poorly or close to the ground or through wires and other obstacles might suggest a lack of control.

And still, another theory is that dreams of flying mean the desire to escape from something in the waking life.

Tips on How to Interpret Your Dreams

The dreams above are super common, and hopefully, the insight into what experts say they mean can bring some clarity into your life, but what about your unique dreams?

While interpreting dreams is in no way straightforward, here are some tips on how you can better understand yours:

As soon as you wake up write down every detail you can recall from your dream; even the tiniest detail can carry a big revelation.

It’s best to keep a journal and pen by your bed so that if you wake up from a dream in the middle of the night, recording it is as easy as possible.

Write down the associations presented by the details of your dream. For example, if your dream involves a particular place or person you know in real life, what’s the significance?

Capture all the ways your dream made you feel, and write them down. Were you sad, afraid, angry, excited? Do you still feel any of that now that you’re awake?

Also include any recurring thoughts that happen during the span of a dream, like “I’m not going to make it.”

Compare the emotions and thoughts from your dreams with real life.

For example, if your childhood lake vacation spot from your dreams provides nostalgia of simpler times or maybe reminds you of fighting, think about what’s happening in your life now that matches that experience.

Take a look at the associations and comparisons you’ve written down, and see how they weave together.

Maybe the lakehouse vacation reminds you of a place where you used to escape from reality, and perhaps the song playing in the distance was someone’s favorite...maybe that person or your relationship was making you feel a little trapped yesterday.

What’s a common dream we missed? What do you think it means? Let us know in the comments! 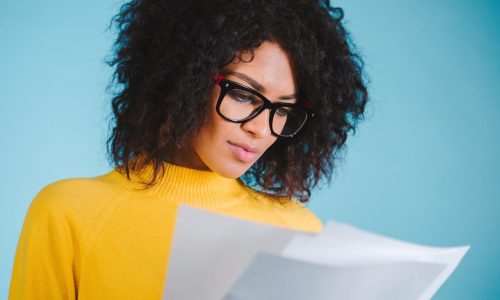 How to Improve Your Focus and Concentration 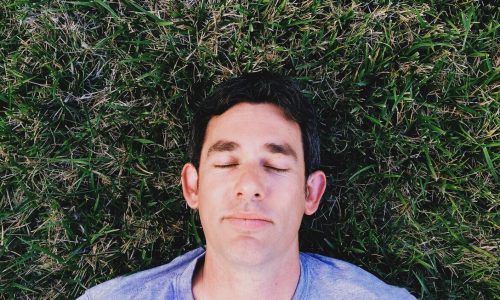 6 Tips to Recharge Your Mind When You’re Mentally Drained

By Courtney Johnston
It’s easy to feel drained and run-down in today’s fast-paced world. Having a busy schedule is often something we’re … 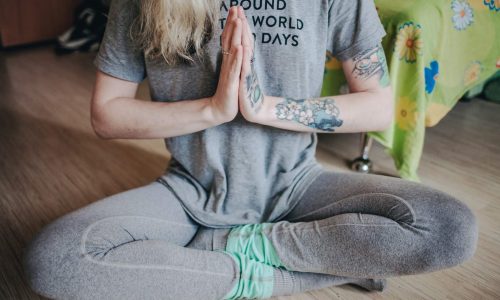 7 Meditation Benefits You’re Missing Out On

By Courtney Johnston
If you actively read health or wellness blogs, you’re likely no stranger to the benefits of meditation. Mindful …