Home
Growth
How to Get Out of an Awkward Conversation 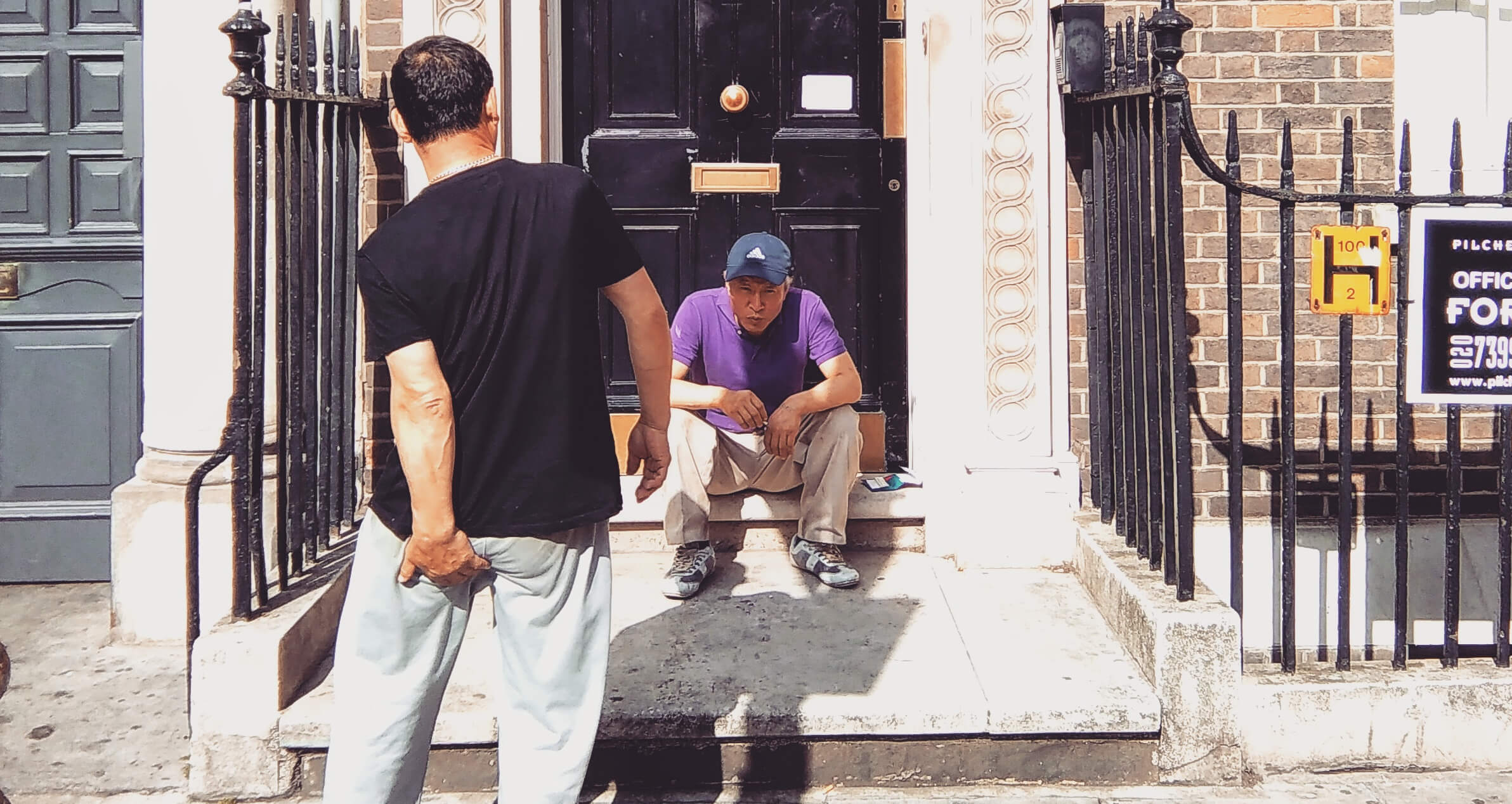 Awkward conversations are a nightmare. No one wants to deal with them, yet everyone has to.

It might be delivering bad news to someone at work or bumping into the ex with your new squeeze. Whatever it is, you’ll know it when it happens to you.

There’s no real way to avoid them, but you might be able to wriggle your way out of them every now and again.

To help you get out of those toe-curlingly terrible situations, here are four ways you can get yourself out of an awkward conversation.

How To Get Through An Awkward Conversation

You shouldn’t fire someone via email, for example. And, under no circumstances whatsoever, ghost someone rather than break off a relationship in person.

The good news (for you anyway) is that science says it’s kinder to be direct and deliver it quickly. A study from Brigham Young University found that most recipients of bad news prefer straight talking.

In the research, participants were given bad news visually, textually, and verbally. The recipients of the bad news consistently preferred the direct approach.

you deliver the message in the kindest way possible.

Point Out The Awkwardness

You can also attempt to reduce the awkwardness as soon as you get the conversation going. Author on awkward moments (and therefore an expert) Melissa Dahl says that acknowledging the awkwardness is a good way to lessen the suffering.

Breaking your conversation partner into the conversation should provide a buffer for them and you, while Dahl says it can “help put both parties a bit more at ease and help you really listen to one another”.

Say something like: “I’ve got a bit of bad news…” or “This is difficult for me to say but…”.

The recipient is then prepared for what you’re about to reveal, and you can still keep your direct route into it.

Four Ways To Get Out Of An Awkward Conversation

In some situations, you might just want to get out of the awkward conversation in general. Whether you’ve said all you’ve had to say or things are just getting a little too awkward, sometimes you just have to bail.

Here are some tips to do it without making things uncomfortable or even more awkward than they already are.

When you find yourself in an awkward conversation, you are always looking for a quick exit. If you were a very rude person you could simply walk away, but you’re not so you’ll have to find a more polite way out.

Andy Molinsky, professor of management and psychology at Brandeis University, suggests providing a “rationale for ending the conversation”.

Writing for inc.com, Prof Molinsky suggests saying something like: "I have to go in a few minutes, but before I go, I'd love to hear a bit more about (whatever you were discussing)... "

Doing so will make it appear as if you’re very interested in what they have to say (even though you probably aren’t), but you have to make a quick exit. It’s a win-win solution.

Obviously, sometimes it’s tough to be the polite person—especially if the person you’re having an awkward conversation with has been hurtful to you. In that situation, you might have to be more subtle in the way you handle it.

Using non-verbal signals to communicate your feelings towards a person is a centuries-old technique that we use every day. Typically, we want to appear like open, happy people, so we present ourselves in that manner. But if you’re looking to get out of an awkward situation, then you may have to use the opposite technique and close off your welcoming nature.

A study from Purdue University found eye contact is an easy way to convey your feelings about someone. On the positive side, keeping eye contact with someone reveals that you’re interested in what they have to say and want to stay connected to them.

Averting your gaze, therefore, shows that you’re not interested in what they have to say. It’s worth noting that this is not a kind or even a grown-up way to deal with an awkward conversation. It may make you appear cold but, depending on the circumstances, it’s good to know that it’s in your arsenal.

Provide An Excuse… Any Excuse

If you can get out of a conversation politely, however, that’s going to much better for you in the long run. So what excuse could you give? Well, science shows that anything could work.

In a study on interpersonal interaction, researchers found people were much more receptive to a request if they have been provided with an excuse or a “because”.

In the study by Ellen Langer, Arthur Bank, and Benzion Chanowitz, participants were told to cut into a line of people waiting for a copy machine.

If the requester gave a reason for their (let’s be honest) rude behavior, they were much more likely to have their bid granted. If it was a good excuse, then the request had an even higher percentage chance to be permitted.

So the next time you’re in an awkward conversation, provide an excuse for leaving. An article by business gurus Entrepreneur recommends saying something like: “Would you excuse me? I’d like to get some fresh air,” or you could try “Do you mind if I go to the bathroom, I’m not feeling too well”.

Both of these should elicit a positive response from your conversation partner, even though they might be white lies.

A study by University of Groningen researchers asked speakers to conduct a conversation which was then either disrupted by silence or allowed to flow.

The research found that fluent conversations invoked feelings of “belonging, self-esteem, and social validation”. If the speech was interrupted, however, the speaker would experience “negative emotions and feelings of rejection”.

Therefore, if you’re about to head into a potentially awkward conversation, take some tips from the masters of keeping a conversation flowing — news reporters.

Interviewing Principles, a guide for cub reporters from Columbia University, recommends preparing carefully and asking questions that “induce the source to talk freely” (in other words, asking open questions).

You don’t necessarily need to do homework on the person you’re speaking to because you probably already have a preexisting relationship with them. However, you should use this information to your advantage.

Ask them questions about their hobbies, family, and friends. People love to talk, they just need to be given the go-ahead to do so.

It’s Time We Made A Swift Exit…

Now you know a few crafty tricks to get yourself out of an awkward conversation, make use of them!

But remember as a superhero’s uncle once said: “With great power comes great responsibility”. Just because you know how to get out of a conversation, that doesn’t mean you always should.

If there’s important news to deliver, then it needs to be delivered… no matter how awkward it might be for you or them. 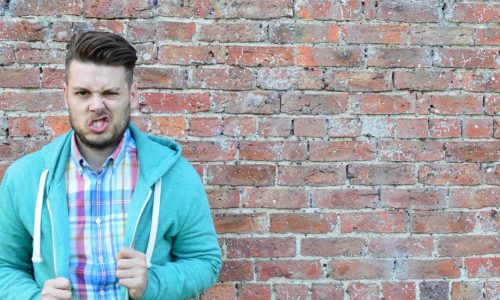 By Rachel Rumbelow
When you think of the word loser, you might think of somebody who doesn’t have any money or … 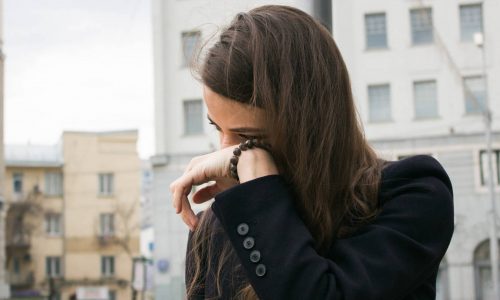 How to Get Over a Break Up: 6 Tips to Move On

By Chloe
So, you’ve just been dumped. Most of us have been through this at least once. Regardless of the reasons, … 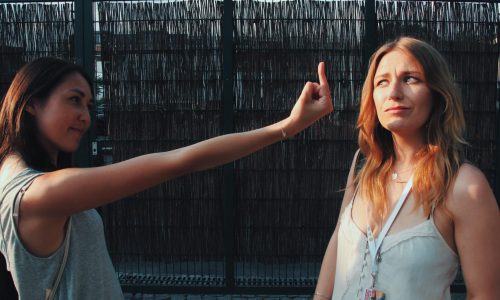 How to Stop Overreacting in a Relationship

By Valerie Sizelove
In a relationship, what’s the one thing that makes your hair stand up and turns you into a …