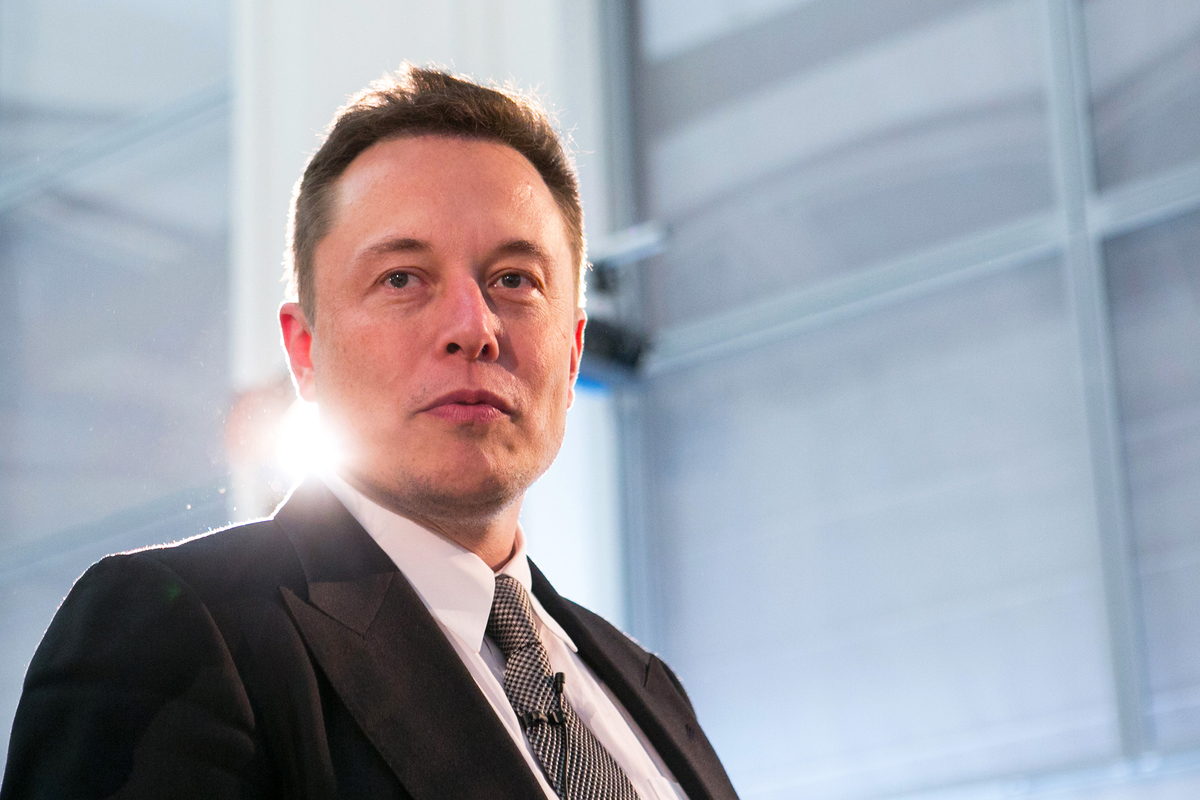 Make no mistake about it, we all get stressed out from time to time. Some people just handle it better than others.

If you’re constantly looking for tips on how to feel less stressed, the answer could be in studying people who are simply better at managing stress than the average person.

We’ve compiled a list of tips for feeling less stressed from some of the most successful people in the world. These are people who have accomplished a great deal in their life and deal with stress nearly every moment of their life. Yet they’re still able to find that balance and not let stress completely overwhelm them. 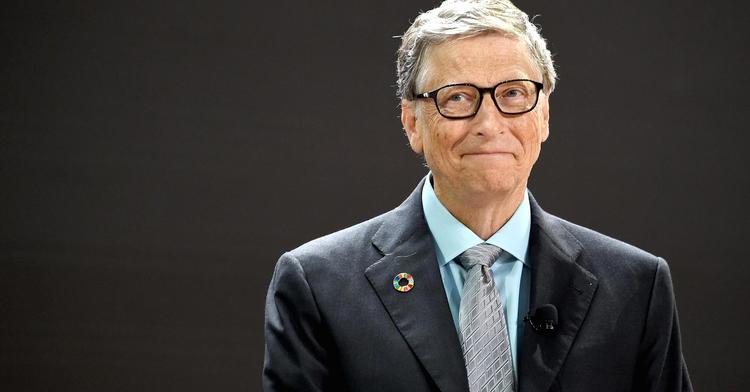 1. Learn To Keep It Simple

When it comes to feeling less stressed, mastering the art of simplicity is extremely helpful.

Stress is usually at its worst when one thing hits and another issue pops up right after.

Maybe you just found out that your hours are getting reduced at work. And, then when you get home you find out that your savings are going to be depleted because you have to install a new heating and air unit.

It’s easy to understand why anyone would become extremely stressed out in this type of scenario.

This is why you always have to learn how to keep everything simple. You have to boil things down to what’s really important. Think through all the basics and consider your options before you start freaking out. Just try focusing on stripping all the fuss away and accomplishing the task at hand.

For instance, in the above scenario you are getting your hours reduced, but at least you know it ahead of time. You might have to replace the heating and air unit in your home, but at least you had the money on hand to do it.

That is keeping it simple and being thankful for the things you can do.

Now, you have to come up with a stress-free solution to solve the issue. You could take on a second job, put the kids to work or have your significant other chip in, if at all possible. If not, you have a lot of investment and loan options available.

Focus on one thing at a time, while keeping everything extremely simple. This is a practice that Bill Gates swears by.

While Bill Gates does not have to worry about money, there are a variety of other concerns that he battles on a daily basis. 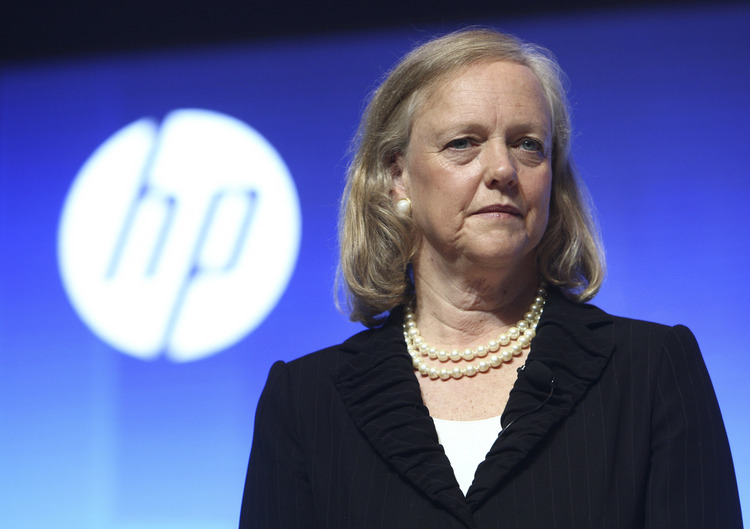 2. Partake In A Favorite Hobby

It is hard to deny that Meg Whitman has had a remarkable career. She has been involved with some of the most innovative and prolific companies of the modern times. Amongst these companies are P&G, eBay, and she has now taken on Hewlett-Packard.

You can just imagine how stressful it would be to try and compete in such grueling industries. You have to always worry about someone undercutting you and taking your job, pleasing the masses and coming up with innovative ideas that will awe the boardrooms.

Well, Whitman combats all of this by going fly-fishing with her six-year-old son. They go about six times a year and just let the steam out.

Now, this doesn’t mean that you have to take up fly-fishing. In fact, you can partake in any activity or hobby that you love.

If you don’t have something that you love to do, don’t be afraid to experiment around until you find something that soothes you. Maybe it is running, reading, gardening, camping or writing. 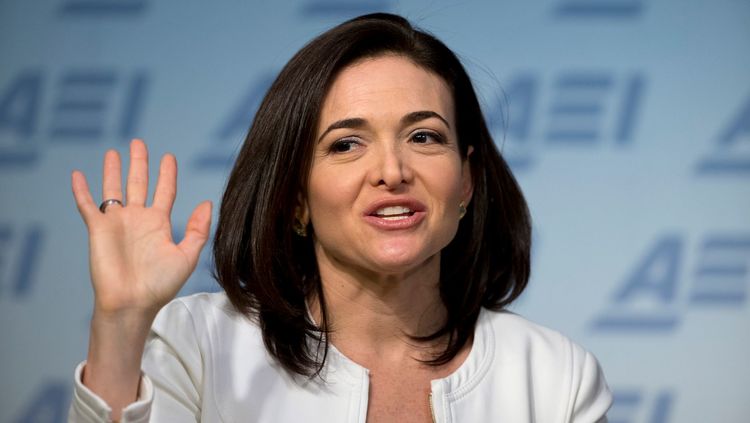 For most people, it can be hard to imagine shutting off their social media accounts, phones, and other electronic devices at night before going to bed.

Well, if COO of Facebook Sheryl Sandberg can do this so can you.

She probably has her phone glued to her throughout the day and highly depends on it. This is why she makes it a point to clear her head, relieve the stress, and shut off her phone off at night.

She makes it a specific point not to read any text, emails, or social media before bed, so she can get a peaceful night’s rest and awake refreshed. 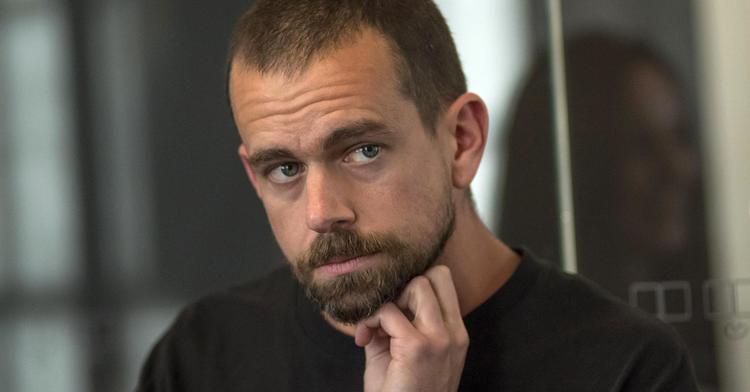 4. Stick to a Set Schedule

If you are trying to learn how to reduce your stress maybe you should stick to the advice given by Jack Dorsey, one of the co-founders of Twitter.

Jack truly believes in sticking to a set schedule, which only makes sense given stress usually comes from the unexpected.

When you learn to compartmentalize, you will prepare yourself for the days ahead and minimize the unplanned incidents that can cause you to become anxious and stressed.

5. Take Time For Yourself

It is always important to take time for yourself and enjoy it with the people you love. That is the exact motto of Susan Wojcicki, the CEO of YouTube.

When you spend time with the people you love and see their faces light up it melts the stress away and makes you appreciate the small things in life.

Stress will just seem like a minor problem and overcoming it will become easier than you could ever imagine. 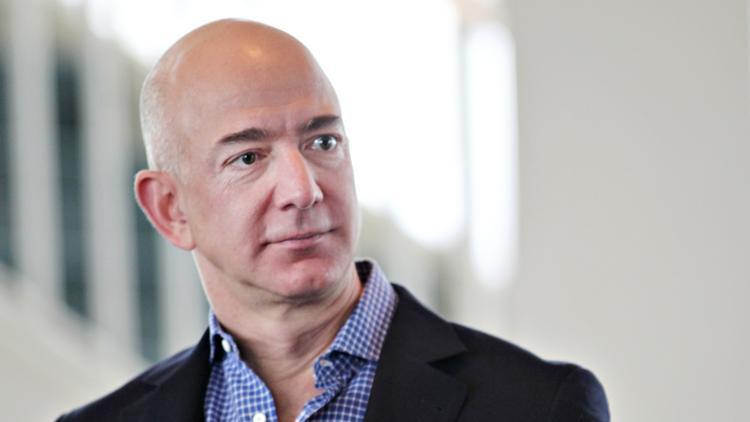 6. Laughter is The Best Medicine

You have probably heard that laughter is the best form of medicine. Well, that is exactly what Jeff Bezos believes, as he makes it a point to laugh every day.

Since he is the founder of Amazon, this kind of makes sense given that the Amazon logo resembles a smiley face.

Laughter has been shown to relax the whole body, boost the immune system, and release a plethora of endorphins. If you need something to laugh about there are tons of practical jokes and funny animal videos online. You can find anything from a dog skateboarding to a cat that likes to scare its owner. 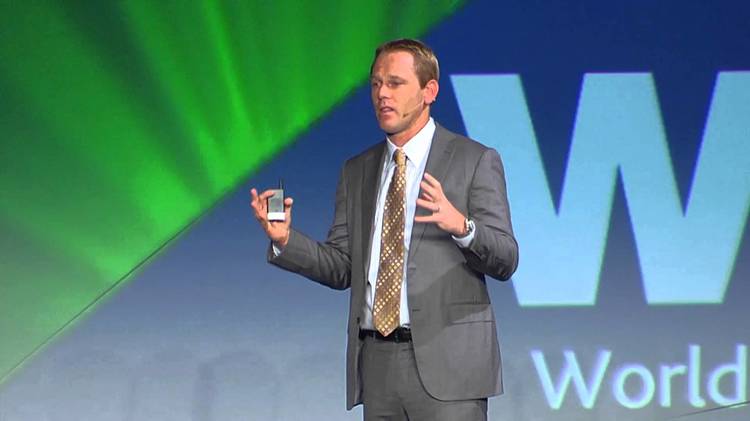 7. Always Be Ready For Change

Life is all about change. Most people don’t like it, but it is something that you have to learn to adapt to.

Some change can be good, but not all of it.

Whether you are dealing with a move to a new city, a change in jobs or a parent’s divorce, there are a lot of things to fear and worry about. In fact, the only certainty you have in life is that unexpected things are going to happen and they usually happen when you are already stressed.

This is just something that you have to learn to adapt to.

This is why Dr. Travis Bradberry, the author of Emotional Intelligence 2.0, recommends you not only prepare for these situations, but make a list of the potential changes that could happen in your life. 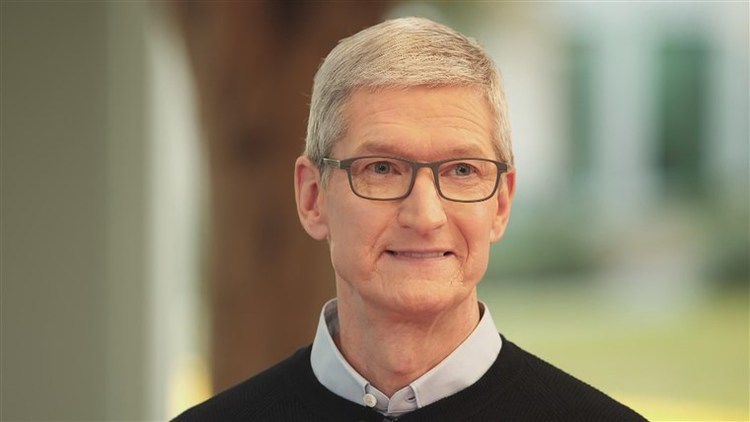 Tim Cook, CEO of Apple Inc., believed in staying positive. He utilized this way of thinking to help him establish one of the most profitable multinational technology company in the world.

With all the money he has, some people might think Cook has nothing to stress about. But in all actuality, even the most successful person in the world deals with stress. Not only does it require dedication to build a successful company, but also it requires a lot of time that could be spent with family and friends.

Running such a successful technology company, such as Apple, is an around-the-clock job. Once the company is established and becomes profitable, the work is just getting started. Even though Cook found a lot of success, he was destined for so much more, which meant more work and time.

Despite all the setbacks he’s had along the way, there’s no way Apple would be able to continue to grow and be a tech giant without staying positive. 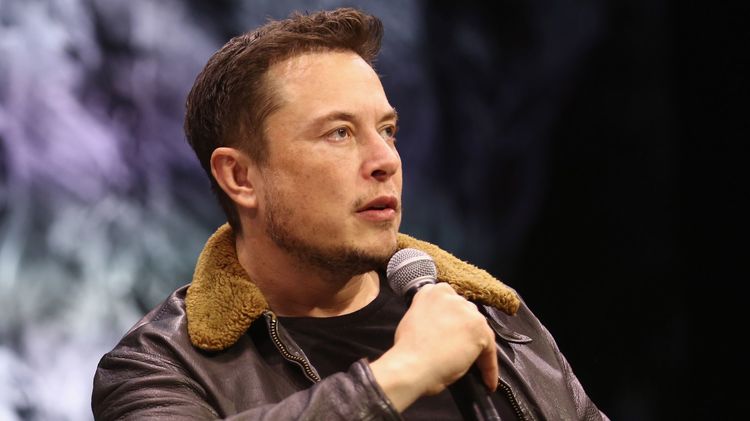 Elon Musk, founder and CEO of SpaceX and Tesla, believed in facing his fears. He utilized this technique to carry him through life and establish two of the most profitable businesses in the world.

Entering the automotive space is no small task. It’s an industry made of a few top players, so the thought of competing with the likes of Toyota and Ford is scary to say the least. Yet Musk pushed past every inkling of fear and doubt to not only enter the space but continuously innovate.

If you want to know how to feel less stressed, start by conquering some of your biggest fears. 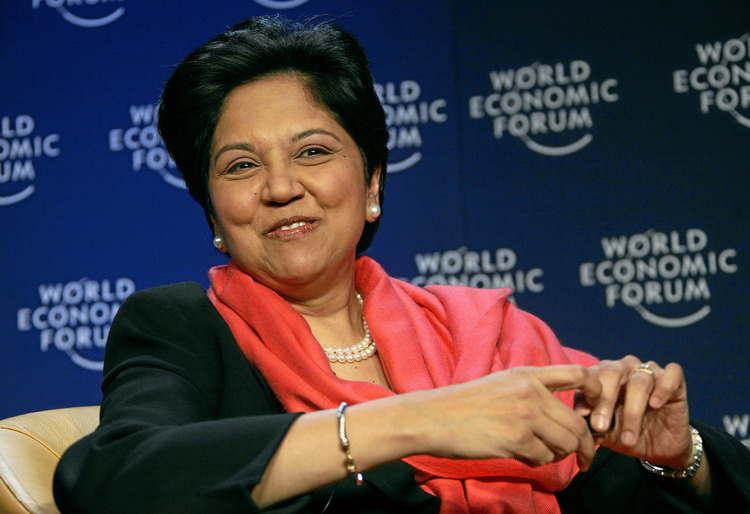 Indra Krishnamurthy Nooyi, CEO of PepsiCo, firmly believes that her success is contributed to her self-confidence. Nooyi was ranked at 13th on the Forbes list of The World’s 100 Most Powerful Women in 2014 and at 2nd in 2015.

Nooyi replaced Steven Reinemund as the President and CEO of PepsiCo in 2006. Her long career included a stent with Johnson & Johnson as a product manager. In 1998, she led the acquisition of Tropicana and the Quaker Oats Company merger, which acquired Gatorade.

Being a CEO is stressful, but being a female CEO is an entirely different challenge. Being confident allowed her face stress knowing she has the full capabilities to accomplish anything thrown her way.

Mastering How to Feel Less Stressed

As you can see, stress is something we all face. By taking notes from some of the best in the business, we hope you have a better understanding of how to feel less stressed and have actionable takeaways you can use in your everyday life.

If these stress management tactics work for people who have built billion dollar companies and thrive on a daily basis, there’s no doubt they can help you achieve your goals and live a better life as well. 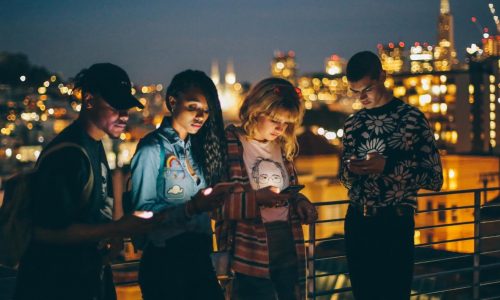 Yes, Social Media Depression Is Real and Here’s How to Deal with It

By Rachel Rumbelow
I have tried to write this article several times now. I keep going back and forth on what … 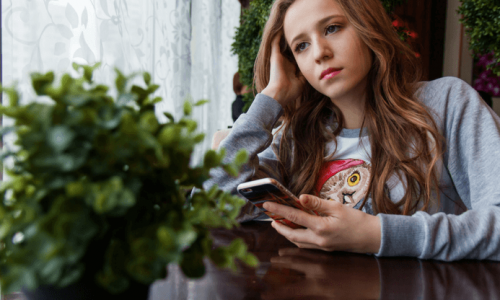 What to do When Your Girlfriend is Stressed: Cheer Her Up Instantly

By Keely
A good number of times, we don’t even know how to deal with ourselves when we’re stressed. So, … 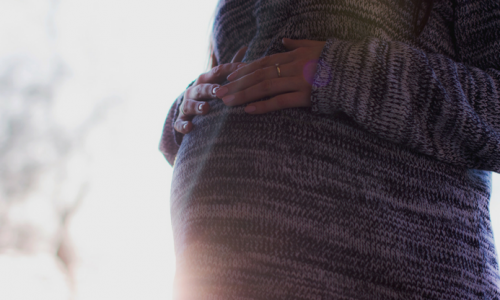 Stressed About Pregnancy? Here’s What to Do