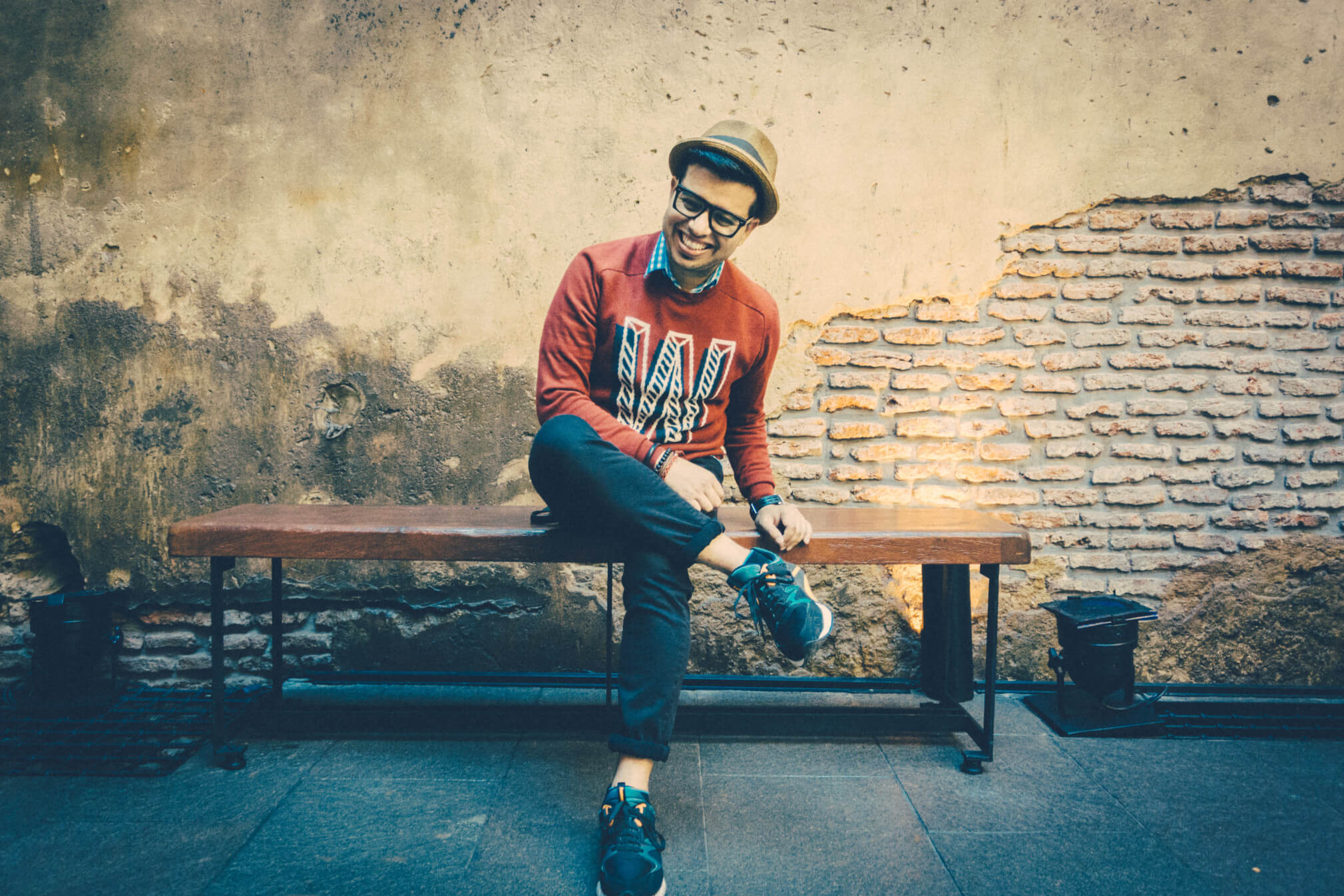 The term narcissist is defined as “a person who has an excessive interest in or admiration of themselves”. This word is often used to describe someone who acts as if the world revolves around them; someone who is obsessed with their own needs and puts their needs above all others.

Individuals who have NPD believe that they are more important than anyone else; they have a strong desire for an unwarranted amount of attention and appreciation, and they lack empathy.

However, while they may appear to have a high level of self-confidence, those who suffer from NPD actually have very low self-esteem and are often put out by the smallest amount of criticism.

People that have been diagnosed with NPD experience difficulties in many aspects of their lives; their personal relationships, career, finances, and struggle with their own self-worth.

While NPD is a legitimate mental health condition, it is possible for people to show signs of narcissism without being formally diagnosed with the personality disorder.

For example, individuals who have narcissistic tendencies may:

Given the symptoms of NPD, it can be extremely difficult to interact with someone who has been diagnosed with the condition or who displays narcissistic tendencies. After all, who would want to deal with someone who thinks they’re better than everyone else?

If you’ve been confronted with a narcissist, you may be tempted to just walk away. While that might seem like the most obvious solution, it may not be the most viable option. What if the person is a family member, a colleague, or your boss?

How can you effectively handle a narcissist? Below, we share 10 methods that you can use to help you deal with someone who has been diagnosed with NPD or who exhibits narcissistic behaviors.

1. Pay Attention to Their Behaviors

Unfortunately, narcissists can be quite charismatic. When they want something, they can ooze charm in order to get it, which is exactly why many people are easily drawn in by narcissists.

However, once they get what they want, they often tend to diminish, excuse, bash, and/or degrade those who accommodated their needs, and then they move onto the next unsuspecting victim.

If you notice someone who seems to be the “big man or woman” on campus and is everyone’s buddy and pal, before you get sucked in, stand back and watch from afar.

Pay attention to how the individual treats those around him/her and his/her overall disposition and morality. Does the person in question backstab those he was just praising? Does she lie, cheat, or manipulate to get what she wants? Does he bash others once he gets what he wants? Does she talk about everyone behind their backs?

If you answer ‘yes’ to any of the above-mentioned questions, tread lightly. There’s a very good chance that you could be victimized by the individual, so you may want to reconsider investing too much (or even a small amount) of energy on him or her.

When dealing with someone who has narcissistic tendencies or NPD, the first thing you should do is acknowledge who they are and accept it; unfortunately, there isn’t a whole lot you can do to change the way they think about themselves and treat others.

Narcissists demand the attention of others and they’ll do anything they can to get it; it’s just their nature. It doesn’t matter whether the attention is positive or negative, as long as it’s some type of attention, the narcissist will be happy.

Avoid falling into the trap of giving the person the attention that he or she expects. If you give just a little, the person will ask you to give even more, and eventually, you will be stuck in a vicious cycle where his or her needs are the only thing that receives attention and your needs are put on the backburner indefinitely.

If you do have to deal with a narcissist, completely avoiding their constant demands for attention may be impossible. If that’s the case, keep your guard up and stay focused. Don’t devote yourself to the individual; otherwise, you’ll end up stuck in their trap.

Narcissists have a tendency to rile people up. They like to make others uncomfortable so that they can feel better about themselves.

If this is something you are dealing with and you want to or have to maintain a relationship with the individual in question, use your words to express how he/she makes you feel and your annoyance with the situation.

No matter how tempting it may be, don’t scream, shout, or use derogatory language to illustrate your frustration; doing so will only satisfy the narcissist’s desire to put you down or make you feel bad to life him/herself up. Instead, speak calmly, rationally, and be direct and to the point.

Articulate how the words that the individual uses or the actions that they make are affecting you.

Be specific with your summary and reference clear and perhaps even documented examples. It’s important to let your displeasure be known; however, it’s important to note that you should be prepared for the individual to either not understand where you are coming from, or for them to simply not care at all.

Those who have NPD or narcissistic tendencies are absorbed with their own wants and needs. Therefore, they often believe that they have every right to do what they want, when they want to; and that may include demanding you give your time to them.

5. Recognize Where the Narcissist is Coming From

It might be very difficult to do, but often, people with NPD or who exhibit narcissistic behaviors have extremely low self-esteem.

In order to make themselves feel better, they inflate their egos; especially in situations where they feel as if they might fail or be judged.

If you notice that the individual seems to be on his or her “high horse”, assess the situation.

For example, if they’re about to make a presentation, the ego-driven personality might be because the person is feeling self-conscious. If that’s the case, try offering reassurance to settle the inflated ego.

As mentioned, narcissists tend to put others down in order to lift themselves up, and they get a real rise when they see that their negative actions have impacted those they have set out to attack.

If you’re on the receiving end of a narcissistic put-down attack, do everything you can to remain positive.

Put on a happy face and keep on trucking; of course, you don’t have to direct your positivity to him or her, but just make it be known that their attempts to drag you down aren’t working.

If they can’t tell that your feathers have been ruffled, the behavior will start to diminish.

If it’s hard to remain positive (which it undoubtedly will be), then be indifferent. Don’t react to anything that the person says, unless of course you have to fulfill an obligation.

For example, if it’s your boss and you’re required to complete a task that your job calls for. However, otherwise, remain indifferent. Just let it roll of your shoulders and eventually (hopefully), they’ll move on.

Seek the support of others; people who also have to deal with the narcissist, as well as individuals who have no link to him/her at all.

With a support network, you’ll have people you can turn to and let out your frustrations in a healthy way, or just escape the difficult nature of your relationship with the narcissist.

If your primary point of contact is someone with narcissistic tendencies, you’ll eventually fall under the pressure and your self-esteem and mental health will suffer immensely.

9. Recognize That Professional Help May Be a Necessity

Narcissists often don’t realize that they have a clinical problem; therefore, they may never get the help that they need.

If their tendencies are worsening and nothing seems to be working, you may recommend that the individual seek the guidance of a mental health professional.

However, do be aware that the person may not follow your advice, and in fact, may dismiss you or increase his/her attacks.

Despite your best attempts, you may not be able to successfully deal with a narcissist; after all, doing so can be quite taxing.

If all else fails and you have tried everything you can think of to maintain your relationship, it may be time to think about walking away.

Though it may be hard to leave, in the end, it isn’t worth sacrificing your social-emotional well-being just so you can stay tied to someone who has made it abundantly clear that you don’t matter. 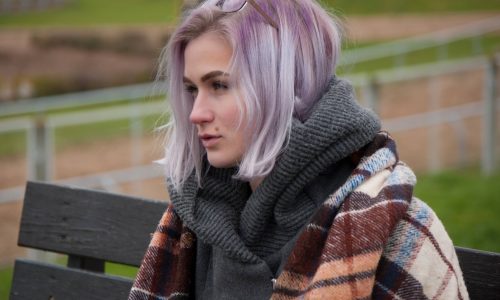 By Neda Shamsdiba
Everyone feels let down sometimes, and it sucks. Whether it’s friends, family, partners, or colleagues, these occasional disappointments … 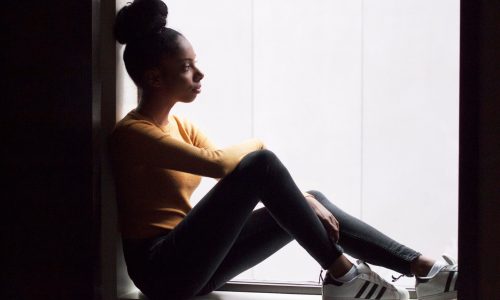 How to Get Out of a Rut in 9 Steps

By Corrie Alexander
Ruts can be sneaky. One day, you just wake up and realize you’re not in the place you … 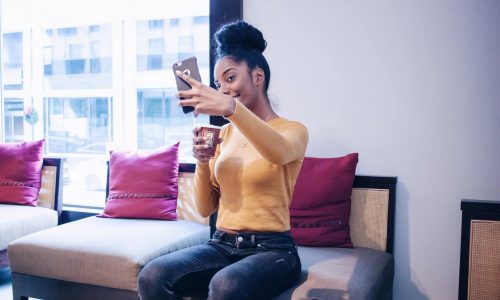 6 Ways to Deal with a Narcissist at Work

By Keely
According to professional estimates, about 0.5% of the US population has a condition called narcissistic personality disorder. This is …