Home
Growth
How to Deal With an Alcoholic: 10 Tips to Follow 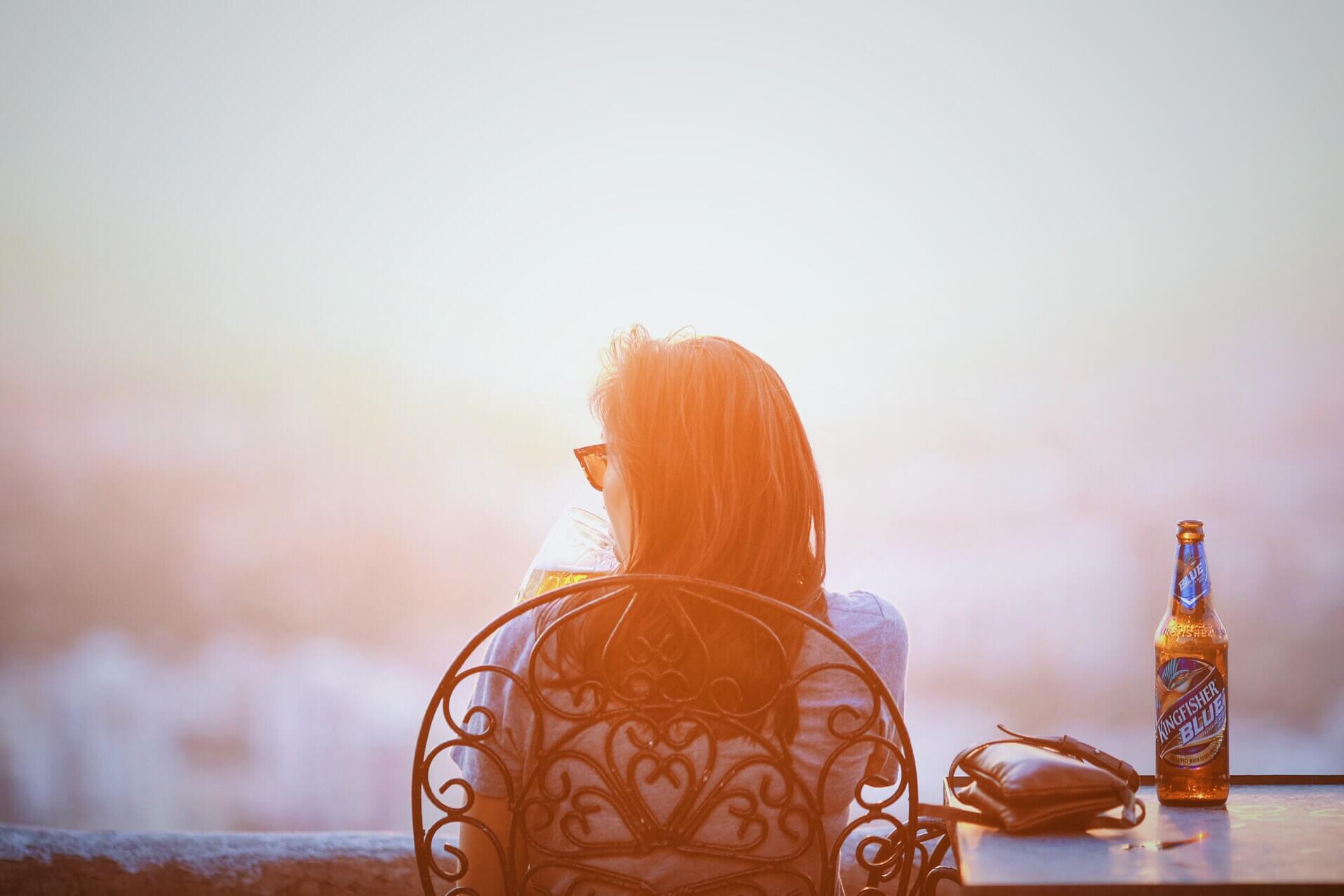 According to the National Institute on Alcohol Abuse and Alcoholism, over 14.4 million American adults suffer from alcoholism. So if you’re trying to figure out how to deal with an alcoholic, you’re not alone.

Learning how to deal with an alcoholic is challenging, and if the alcoholic is a partner, family member, or close friend, dealing with it becomes even more difficult.

But it’s not impossible, and with the right approach, you can learn how to deal with an alcoholic and move towards a better future for both of you.

What is an Alcoholic?

It’s important to understand that alcoholism is a serious problem. Alcoholism, or alcohol use disorder, is characterized by compulsive alcohol use, an inability to control alcohol intake, and the experience of negative emotions when not drinking.

There are certain criteria, determined by the Diagnostic and Statistical Manual of Mental Disorders (DSM), that are used to deliver a diagnosis of alcoholism. Some of these criteria include:

Sometimes it’s easy to notice when someone is suffering from alcoholism. But there are also functional alcoholics. These individuals manage to hold everything in life together, despite their alcoholism.

10 Tips for How to Deal With an Alcoholic

Blaming others for personal problems or things that happen to us is common, and there are many reasons why we play the blame game. Alcoholics are all-stars at the blame game, and can often be found making statements like “I only drink because of you…”

Alcoholics blame others because they are embarrassed, ashamed, or because they genuinely don’t see alcohol as a problem; they see it as a solution. Remind yourself that a true alcoholic is addicted, and their drinking has nothing to do with you.

And when an alcoholic says they will never drink again or never repeat a certain mistake, and then goes back on their word, don’t take it personally.

The amount that alcoholics drink can seriously impact the brain. One effect is that alcohol consumption shrinks the hippocampus, which is the part of the brain that’s responsible for memory and reasoning.

So when an alcoholic breaks a promise, they might not even know they’re doing it, and it doesn’t mean they don’t care about you, it just means their addiction is too strong.

When a loved one is suffering and can’t control it, naturally, we want to help them by taking matters into our own hands.

But when learning how to deal with an alcoholic, trying to control everything will take such a huge toll on you, and most likely, leave you feeling frustrated, drained, and hopeless.

Even when you feel like your loved one is headed straight for rock bottom, you should ease up on the control. Sometimes, what an alcoholic needs to make a change and seek professional help, is reaching that destination.

Research shows that hitting rock bottom, or resource loss is a significant indicator of therapy completion in alcoholics.

This doesn’t mean that rock bottom is the only solution, or that you should try to accelerate the journey there. But it does mean you should focus on detachment practices to help you deal with an alcoholic.

You don’t have to stop caring, but you do have to let others experience the consequences of their actions.

3. Speak From a Place of Support and Positivity

Dealing with an alcoholic is frustrating, and it can be easy to be so hurt that you speak to them in a tone of negativity and harshness, but you need to avoid this.

Instead of saying something like “You are drinking too much, and it’s putting everything at risk,” which can come off as an attack, it can help to say something like, “I’m concerned about how much you’ve been drinking, and I’m worried about you.”

Using “I statements” reduces the perception of hostility and is one of the best strategies for opening a conflict discussion.

There’s a fine line between enabling and helping, and when it comes to dealing with an alcoholic loved one, it’s hard not to cross it.

Often, things that you do to “help” an alcoholic can strengthen their addiction. There are many enabling behaviors, including:

For example, while offering to act as a designated driver for an alcoholic loved one might seem like helping them avoid a DUI or worse, it’s just enabling their drinking.

Or, while picking a passed out alcoholic off of the front lawn might seem like helping, it’s allowing them to avoid the experience of waking up on the lawn and being faced with their actions.

Instead, you can help by offering to go to meetings with an alcoholic and engaging in social activities that don’t include drinking with them.

Like I mentioned before, alcoholism has serious effects on the brain, specifically parts of the brain responsible for reasoning. This means that expectations that would be reasonable for you to have for most people, can be completely unreasonable for an alcoholic.

While it’s important to believe and have a positive outlook, when dealing with an alcoholic, it’s also best to set more realistic expectations.

Alcoholics tend to do a lot of unacceptable things. When you love an alcoholic, it’s natural to want to let them get away with some of these behaviors.

But accepting or covering up unacceptable behavior will only reinforce it. So stop excusing the alcoholic in your life with statements like, “they just had a little too much to drink.”

This doesn’t mean you can’t forgive an alcoholic for something they did while drinking, but there has to be either an acknowledgment of the bad behavior or repercussions.

Acknowledging unacceptable behavior instead of excusing or accepting it will also help reduce resentment in the future.

7. Leave the Past Behind, and Focus on the Now

Whether the alcoholic in your life is at a stage where things are getting worse, or starting to look better, no good will come from bringing up the past.

You might think that bringing up a past event may motivate an alcoholic through guilt, but it will likely just lead them to drink more.

Letting go of the past and living in the present is a component of mindfulness, and one way to get better at it is through practicing mindfulness meditation.

8. Seek Help From Others

Learning how to deal with an alcoholic on your own is an admirable act of love, but it’s not effective. Alcoholism is a serious mental illness, and often overcoming it is a team effort, so don’t hesitate to seek help.

You can seek help by going to alcoholism-related meetings with your alcoholic loved one, which may motivate change.

You can also set up an intervention with family and friends. An intervention isn’t the same as expressing your feelings to an alcoholic; it’s a more extensive process that involves planning, organizing, and working towards an end goal of introducing treatment.

When you’re ready, here’s an intervention resource you can use.

9. Take Care of Yourself

It might sound cliché, but you can’t pour from an empty cup.

When you’re faced with how to deal with an alcoholic, switching your focus from them to you might feel selfish, but it’s essential. Self-care is how you can ensure that you can function well and be there for yourself and others who need you.

Self-care can also reduce stress and lead to overall higher quality of life. And it doesn’t have to be some extravagant or expensive thing. Self-care can vary from taking a steamy bath to going to bed earlier.

When dealing with an alcoholic, self-care can also be setting boundaries and walking away when it’s the best choice for your wellbeing.

10. Remember, It Can Get Better

When dealing with an alcoholic, it can be easy to lose hope and think that no matter what you do, the alcoholic is only going to get worse. And while it was previously believed that alcoholism is a progressive disease, meaning one that continually gets worse, this isn’t true. Modern science has found that alcoholism isn’t inevitably progressive, and many people recover successfully.

Stay positive, practice these tips, and remember that in the end, we can conquer so much more than we think. 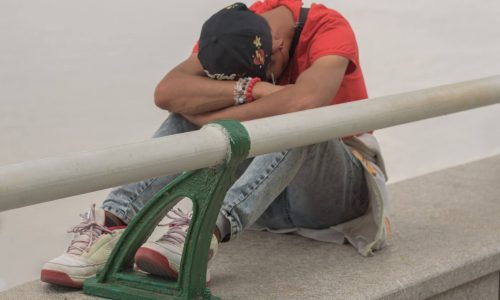 How to Cope with Failure: 7 Tips to Bounce Back

By Corrie Alexander
I am no stranger to failure. As a teenager, I was fired from one of my first jobs … 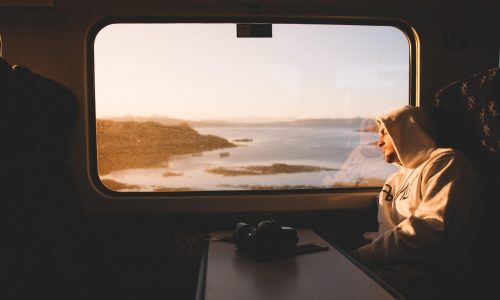 7 Ways to Stop Self Loathing & Self-Hatred

By Neda Shamsdiba
“You suck.” “You can’t do anything right.” “You’re not good enough.” Hearing negative comments like these never feels … 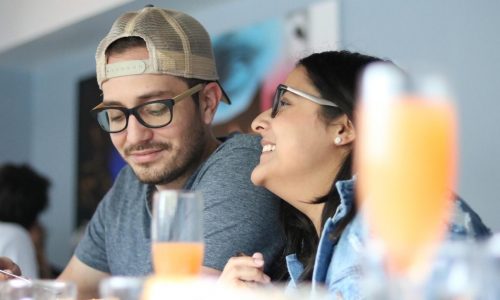 How to Ask Open-Ended Questions in Conversations

By Sam Murray
Your mind is racing. Surely someone’s going to say something? They’ve got to! This is far too painful. …