Home
Mind
How to Boost Your Self-Confidence: 6 Life-Changing Hacks 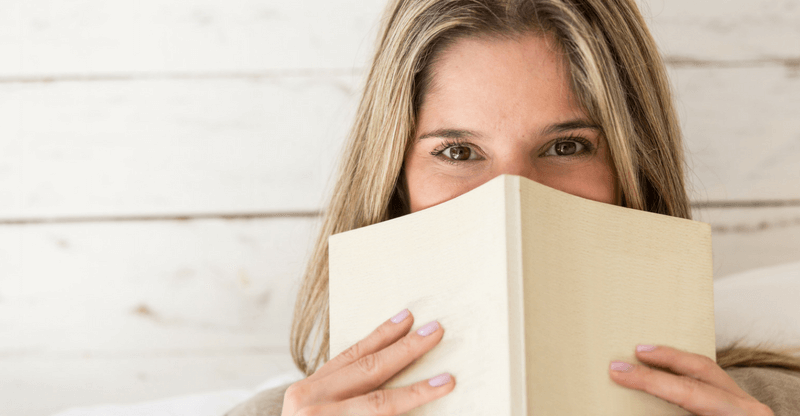 The year is 1953, and three workers at Rocket Chemical Company have just succeeded on birthing a miracle! A spray lubricant that can help clean up machinery, stop a squeaky wheel and hundreds of other uses. But this miracle didn't happen until their 40th try. So the great WD-40, which is an acronym for "Water Displacement 40th experiment" is gifted to the world. Stories like that are super exciting!

But unless we learn how to boost our self-confidence, many stories and inventions like these will never see the light of day. Imagine if after their 22nd attempt, those three workers lost confidence in their abilities and just gave up. But unfortunately, a lack of self confidence is more common than you may even realize.

The Dove report, for example, reports that in Australia, only one in five women has a positive body image. And 89% of those four women will opt out of critical activities that could propel them forward in their chosen careers, due to low self-esteem.

Needless to say, most of us could use a boost in self-confidence.

Bénabou & Tirole, 2002 the most cited source on self-confidence, defines it as a belief in oneself. The Psychology Dictionary Online describes it as a person’s trust in their abilities, capacity, and judgment. It is the ability to face various day to day challenges successfully.

Self-confidence isn't a trait some lucky few are born with. It's also not a reflection of what you are capable of. It's a learned belief system about what you can or cannot achieve. It is volitional, a product of the thoughts you buy about yourself.

Self-confidence can make or break you, so it's extremely important to boost it since our thoughts are a precursor to our actions.

Before we go any further, it's important to keep in mind that there's no secret pill you can take to boost your self-confidence. If there were, we'd all run around as confident as Kanye West praising Kanye West.

The failure of the early 90’s self-esteem movement teaches us that we cannot forcibly impart self-confidence onto others. Our highly intelligent brains cannot accept inaccurate depictions of ourselves.

The answer lies in facing our greatest fears. Once we learn to do this, our self-confidence begins to soar.

Why Do You Need Self-Confidence?

The short answer is that it helps you achieve more and live a more fulfilling life. But here are three other reasons self-confidence is crucial:

How to Boost Your Self Confidence

Ok, so now that you have a good understanding of what self-confidence is and why it's important, the question is how can you boost your self-confidence? Here are five techniques to help:

In his 2014 Ted Talk, Dr. Ivan Joseph, a six-time recipient of the Coach of the Year award, shares his greatest nuggets on how to boost self-confidence.

The Director of athletics at Ryerson University narrates how a 6 foot 3 giant of a goalie from Colombia, South America would duck to the ground whenever a ball was thrown his way.

Dr. Ivan decided to go tactical on him and advised him to go to a wall, kick the ball and catch it, 350 times a day for eight months. By the end of these eight months, the goalie, with his calloused giant hands, had turned into a professional player and is now drafted in Europe.

Dr. Ivan is a firm believer in the 10,000-hour rule. The 10,000-hour rule, explained by Malcolm Gladwell in his book Outliers, states that 10,000 hours of deliberate practice are what is required to excel in any task. Dr. Ivan says in his video that when one of his players loses sight or belief in self, the whole team pays for it. This coaching guru believes that the most significant skill anyone can bring to his team is self-confidence.

The best way to boost your self-confidence is to practice, persist and refuse to take a no for an answer even from yourself.  Start by practicing alone,  with just you as the audience. Then move to larger safer groups as you grow in confidence, and then go on to your intended audience.

Confidence is not a personality trait, but an acquired skill, so just do the work.

Nobel laureate Samuel Beckett is the author of the timeless phrase, "fail-up." To fail up is to grow and learn through the experiences brought on by failure. Failure and growth are at the heart of failing up.

Embracing your fear of failure is a sure way to boost your flailing self-confidence. In her book Why Not Me, Primetime Emmy Award winner Mindy Kaling says that being afraid to fail is a sure and reasonable sign of inexperience.

This fear implies that you don't deserve to feel confident yet until you do the work. She says confidence is comparable to respect, and doesn’t come naturally, but is something you need to earn.

Do what is scary not out of blind faith, but because you are a lesser version of yourself if you don't try, until you succeed. If you don't challenge it, fear will keep you from what's worth doing.

Several innovative companies today go the extra mile to encourage their employees to "fail-up." Some even have a failure of the year award for a team or individual who goes for a great idea that doesn’t pan out.  They are learning to celebrate failure. Some issue their employees with "get out of jail free" cards at the start of the year, to encourage workers to go out on a limb and create, with the comfort of staying off the hook.

Opening up to risks is the only way you’ll fight the mediocrity brought about by a lack of self-confidence.

The book Grit: The Power of Passion and Perseverance by Angela Duckworth, describes grit as passion, persistence, and courage in the long run.

Angela, an academic, psychologist and author, is a believer in a theory that your level of grit is indicative of your level of success. She states that grit trumps talent or intelligence any day.

Through persistence, passion and courage, you can teach yourself to see your decisions through, no matter how little self-confidence you feel.

By struggling through your discomfort, you will build character and with time, your own demonstrated record of personal success.

4. Prescribe Your Ideas to The 5 Second Rule

Mel Robbins, the author of the five –second rule, advises that whenever you get a brainwave, and the light bulbs go blinking all over the place, act on the idea in the next five seconds or you never will.

Mel states that we all know what we are supposed to do and why we need to do it. But just knowing isn't enough because that's where most procrastinators leave it.

A lack of self-confidence about your ideas will keep you wallowing in sorrow for years on end. You desire to, but are unable to act on it. Your brain is conditioned to silent any inspiration through doubt and negative thinking if you let it.

You have to learn to move faster than your doubts. Once you start to put your idea into action, your brain starts building new habits and better ways of handling self-confidence issues. For example, if your goal is to run a marathon, go out for your first jog.

This is also known as intellectual self-doubt. This self-confidence phenomenon described by Drs. Suzanne Imes and Pauline Rose Clance in 1976, makes people with low self-confidence, feel like fraudsters.

The impostor syndrome drives you to imagine that any achievement you’ve had was sorely out of luck, not ability, which causes loss of self-confidence.

So how do you deal with the impostor syndrome?

There are so many people out there willing to put you down, don't assist them in doing so. Dr. Ivan says to be the "captain of your ship and the master of your fate."

This will help you fight the impostor syndrome. Focus on what you are good at and remind yourself, just how good and deserving you are at every opportune moment. Muhammad Ali was the king of self-talk; “I am the greatest! I'm the greatest thing that ever lived”. And he became it.

Envision in your mind and senses how your success looks and feels. If you envision it, it's more likely to come. It's similar to the Law of Attraction. If you want positive things to happen, you need to start by putting those thoughts into your mind.

Put together a vision board of what success means to you so you can get a positive vision of your life daily. A daily dosage of this will boost your self-confidence levels to new heights.

Michael Jordan always took the last shot in his mind, before he ever took one on the court. Did this stop him from failure? No. He is famously quoted saying “I've missed more than 9,000 shots in my career. I've lost almost 300 games. Twenty-six times I've been trusted to take the game-winning shot and missed. I've failed over and over and over again in my life. And that is why I succeed.”

Michael had already tasted victory in his mind, so his failures did not become a bar to his future success.

6. Keep Your Goals a Secret

Apart from negative self-talk, the negativity of the naysayers around us can be such self-confidence busters. Make a plan for your goal achievement, but keep it to yourself as much as possible.

Sometimes sharing a goal too early causes us to go into a false sense of accomplishment. We begin to feel relieved and as if we are already there. Entrust your goals to a few trustworthy and supportive individuals for goal partnering.

Without self-confidence, you're just a walking shadow of who you truly are. Learn how to boost your self-esteem, through some of the ways in this article, researched and proven to work by confident writers, who were once on the other side of the glass looking in.  Remember, self confidence is a construct of the mind and can be mastered. 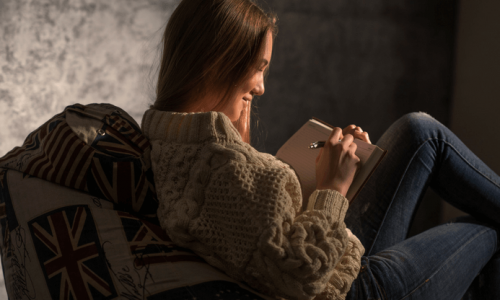 By Keely
Want to start your 2018 in high gear? Journaling just might be the way to do it. A … 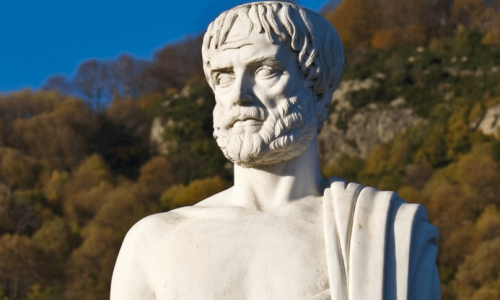 By Keely
There is no doubt that Aristotle was an incredibly smart fellow. In fact, his quotes have managed to … 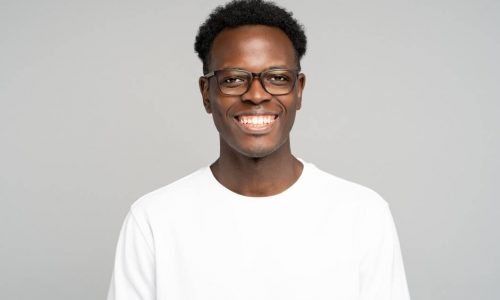 8 Tips For a Positive Mental Attitude

By Yiqing Zhao
Positivity is flooding over the internet--motivational quotes, posts, videos, and articles are everywhere. It seems like pretty much …