It’s interesting how technology makes life more convenient and more stressful at the same time. You can send emails from your phone, but then sometimes you have a hard time getting reception in the middle of an important conversation. You depend on your laptop for school, but it seems like it takes 10 hours to start up and you can’t run more than two programs at the same time or it shuts down like the government (zing!)

No matter how much progress companies make with the different technology available, they’ll probably never be completely stress free. So we just have to learn to adapt and figure out how to deal with it without resorting to raging. 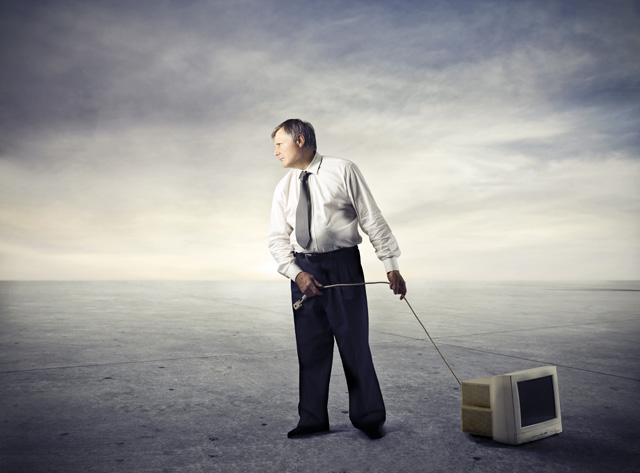 Your laptop that you got back in 2001 is causing you problems for a reason. It’s old. No matter how much you might not want to admit it, all technology has a life cycle. After a while it breaks down. If gadgets stayed good forever, companies would have a hard time trying to sell the latest and greatest to you.

If you get stressed every time you try to print something from your HP printer you got back in 1998 because you have to give it a good whack to stop the paper jams, you can fix your stress just by spending $30 on a new one. You can’t hold on to the past forever folks.

Update when you get those annoying notifications 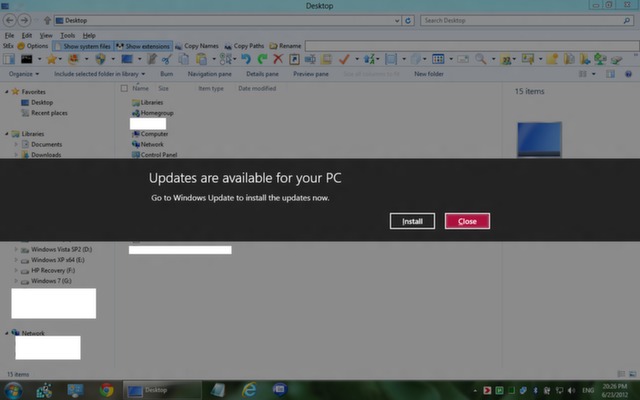 Tired of getting those annoying little alerts telling you an update is ready? Funny thing, if you do the update the notice goes away. But we have a habit of just clicking the “x” and forgetting about it because we don’t want to wait for it to update. Who has time to sit and wait for their computer to restart?

What I do is run all the updates at the same time before I leave to go somewhere. By the time I get back they’re all done. Procrastination can cause unnecessary stress in your life. Take care of required updates as soon as possible so you don’t have to keep getting bugged by annoying pop up notifications. 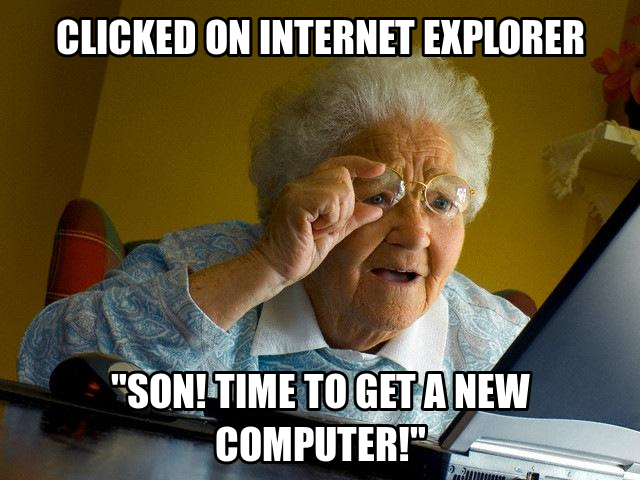 I don’t care how many people use Internet Explorer (usually because it comes pre-installed), it’s an awful web browser.

If you  use IE and seem to always get viruses on your computer,  try switching to Chrome of Firefox for a few months. Even Microsoft is aware of all the problems with their browser: 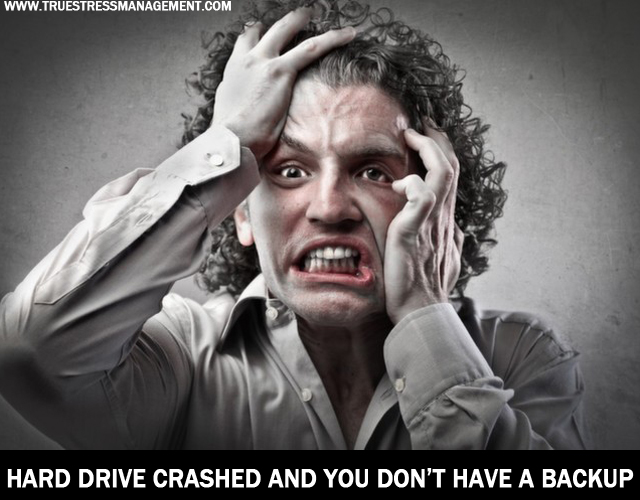 The only people that consistently backup their music, documents, and other files are people that have lost it all before. Losing your files and not being able to recover them is probably one of the biggest tech stressors there is. And with all the different storage options we have right now, there really isn’t an excuse for not backing up your stuff except for laziness. You’re not restricted to just CD’s or the dreaded FLOPPY DISK anymore.

Years ago, the “I forgot to do it” excuse might have been acceptable. But now you can completely automate the whole process with Dropbox, Google Drive, or even with an external hard drive. I backup my entire hard drive to my 500 gig Seagate external hard drive. It’s cool because after I set everything up a while ago, I just plug it in and it backs up everything for me.

If you don’t want to do anything at all, software like Dropbox and Google Drive can backup your computer automatically at whatever time you schedule.

I can’t stress the importance of backing up your files enough. I speak from personal experience here. Losing everything on your computer sucks. I had the hard drive on an old laptop completely die out on me, and it was filled with all of my music, school work, pics, and a bunch of other stuff I’ll never get back. BUT NEVER AGAIN!

You might be able to pay someone to restore everything but it’s a lot cheaper and easier to just keep a backup.

Choose an Anti-Virus software other than Norton 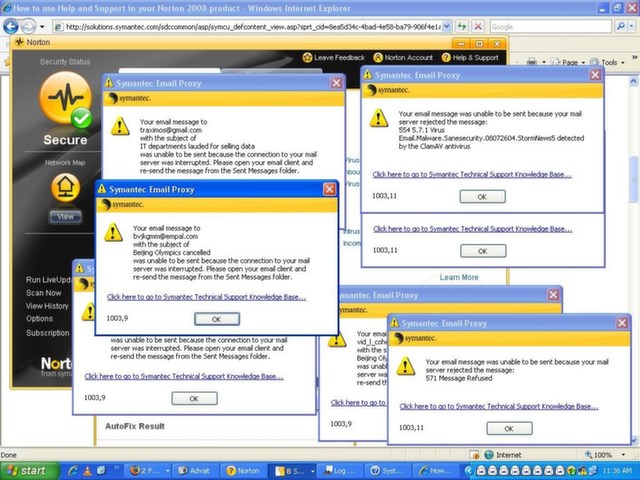 The whole point of anti-virus software is to protect your computer in the background and run unnoticed. Apparently Norton didn’t get the memo because they constantly give out notifications to run security checks. God forbid if you’re only using the free version of the software. Then you get the pleasure of being pressured to sign up for a paid product every time you turn you computer on.

McAfee seems to have similar problems. I use and highly recommend AVG Free. It does it’s job, doesn’t slow down my laptop, and doesn’t keep trying to upsell me.

The screenshot above is of someone’s actual screen that used Norton. Can you imagine dealing with that all the time? 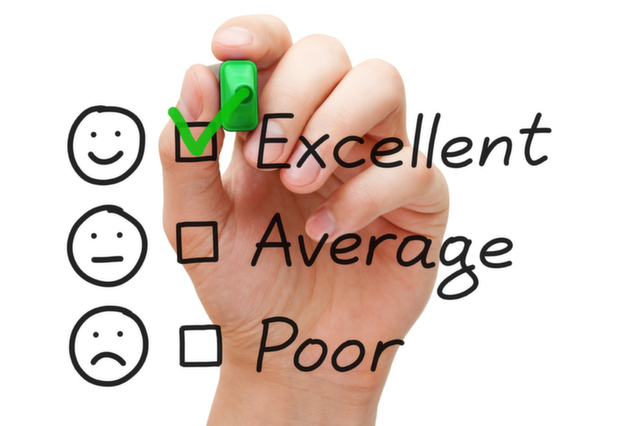 Wouldn’t it suck if you spent hundreds of dollars on a new TV, only to have the volume stop working within a few months? And then you go to check the reviews to see if it was just a stroke of bad luck, and you see a string of 1 star reviews on Amazon from people that had the exact same issue. If you would have checked the reviews before you bought it, you would have known to avoid it.

But sometimes we get caught up in a sale at the store or a salesperson eases you into making a decision without fully thinking it through. The great thing about us consumers is that we’re quick to hit the internet and complain about products. So if there’s any type of gadget out there with known or common defects, there’s a good chance someone has tweeted about it, left a review, or wrote a blog post about it. All you have to do is find it.

When you’re looking through reviews, what you want to look for is multiple people with the exact same problem. If there’s just one negative review and 50 good ones, then it’s probably not that bad. But if 20/50 people all had their TV speakers blow out, then it’s more than likely a piece of junk.

Spend a few minutes researching the gadgets you want before you shell out your money and you’ll save yourself a lot of stress down the line.

Last but no least, Unplug

Sometimes it’s not the actual gadgets that are causing you to be stressed out. It’s your addiction and constant usage of it that causes you to stress out. If you spend half your day checking emails, posting to Facebook, and trying to read every single tweet on your feed, then you need a break my friend.

Unfortunately, dedicating hours upon hours to looking at screens every day has become the “norm” for us. But that doesn’t mean it’s healthy or a good idea. At some point, you just need to step away from it all and unplug yourself. It will help you feel a little more free and relaxed. The fear of missing out is a huge issue that’s contributing to our tech addiction. Learn to tame that feeling and you’ll avoid A TON of tech stress.