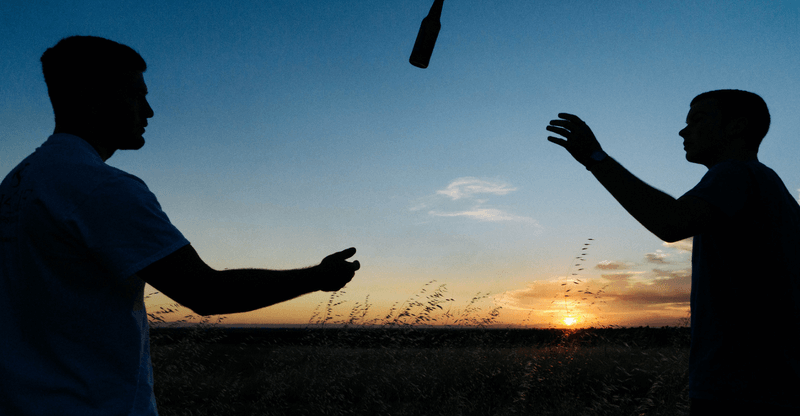 You can truly learn a lot about a person just by watching their emotional reactions and behavior. Simple hand gestures, voice tone, rate of speech, sitting position and facial expressions can provide you with clues and insights into how that individual is feeling.

However, while you are paying close attention to these other individuals’ moods, you probably aren’t even thinking twice about your own. What are your reactions to these moods? Is it possible that an individual’s mood can be contagious and cause you to act in a certain manner?

This phenomenon is known as emotional contagion. We’re going to dive into what it is and tell you everything you need to know about how emotions can be contagious.

What is Emotional Contagion?

Emotional contagion is the ability to influence the emotions and behaviors of other people based on your own emotions.

For instance, when someone is stressed and experiencing a bad situation and they become vocal about it, there is a good chance that you are going to start feeling down as well. It indirectly affects your mood.

So, why does this happen?

Well, neurologists can best describe this as a mirrored neuron response. Everyone’s brain contains mirror neurons. These neurons are what allow us to pick up on actions that other individuals are doing and mimic them.

In fact, this is how you learn.

You might have watched your father shave when you were little or maybe he showed you have to shave. It is these mirror neurons that allow you to mimic what they taught you how to do. And, these neurons come into play when moods are passed from person to person.

Everyone doesn’t experience emotional contagion the same way. Some people are more sensitive to emotional responses than others. This is another reason that emotional states and feelings can indirectly change some people’s moods and not others.

Certain moods and personalities are far more vulnerable to the conditions than others.

What Makes These Emotional Behaviors so Important?

Humans are naturally social beings, whether they want to be or not. Most of us have a natural empathy for each other, which explains why we get sad when we hear about tragedies that don’t involve us or anyone we know.

Well, human beings were born and built with the capacity for these emotional changes. The theory behind this is that humans were designed this way so that they could synchronize their emotions, expressions, needs, and wants with other human beings. Love would be the perfect example.

Another great example would be a newborn baby crying because they’re hungry or need to be changed. This is the only way for them to communicate with their caretaker that something isn’t right.

The next time the baby cries, the caretaker will recognize it, process the feelings, and understand exactly how to rectify the situation.

Scientists have also found that these emotional changes can be linked to empathy. In fact, the two almost go hand-in-hand.

You have probably heard that serial killers or people with psychological disorders don’t have any empathy for their victims. Well, individuals without empathy will not be able to be swayed by these contagions. At the end of the day, these emotional changes can be the result of your own or other’s interpretations of thoughts and feelings.

That being said, there are several instances when a certain individual’s moods, thoughts, and behaviors won’t all be the same.

Just imagine, your friend asks you to go to the movies over the weekend, but you don’t really want to go. You might agree to go just because you feel obligated.

However, if your friend has to cancel at the last minute you are going to feel relief and happiness, but you will not express it.

Instead, you will express pity, while in all reality you are hiding your happiness.

It is these contagions that give you the ability to act appropriately while remaining in the right emotional state.

If you truly want to understand more about emotional contagion, you need to delve deeper into the two types of that exist. These two types are implicit and explicit:

When someone refers to implicit emotional changes, they are talking about changes that are automatic and less conscious.

In today’s modern world the best example of this would have to be texting and social media. In fact, you would be surprised to learn just how many studies have been done involving marketing campaigns and the way that they change consumer’s moods.

Many companies try to gain customers by changing their moods through a certain advertisement or logo. Whether they want the consumer to feel empathy or gratitude towards them, the process really works.

One thing that makes implicit acts much different than explicit acts is that they require more attention.

Readers have to expend more energy and effort to process the situation before the emotional change takes. Some individuals might even have to ponder on the advertisement or text before the change takes place.

Explicit acts of emotional change can be best described as someone trying to achieve something through forms of manipulation. This is extremely common in relationships and in the workplace.

Just imagine a female trying to use her wiles to convince her boss that she is attracted to him, when all she actually wants is a raise or a better position.

This often times happens in relationships with sex as well. Many partners will use sex to get their way. It has also been said that drama and acting skills stem from explicit acts. Individuals that are extremely good at drama and acting would probably be able to extract explicit acts of emotional change for others without trying very hard.

One scientist studied this reaction and determined that the whole thing is a two-step process.

It first starts with an individual imitating other people that they are surrounded by.

The second part takes place when the said individual begins to change other people’s moods by faking the emotions that they are feeling.

When you sit down and think about how easily and quickly your moods and emotions can be changed, it really is a scary situation.

This is could be a good explanation, as to why there is so much violence in the world.

These cues can include anything from facial expressions, eye movement or bodily gestures. While it’s truly difficult to determine just how someone is feeling by observing and assessing their behavior, some scientists believe that it is very effective.

When trying to determine what type of mood someone is in, you should first observe their level of grooming. For instance, people who are chronically depressed will often go without shaving, showering or washing their hair for days.

Just being around people who are depressed can cause a variety of emotions in you. For example, someone who spends several hours with a relative who is depressed will leave feeling down in the dumps.

It is a fact that humans automatically respond to nonverbal expressions of others.

Basically what this means is they respond in a manner that is similar to another person’s expression.

For example, a passerby smiles at you while walking down the street, your first response is to smile back. If this person only stares at you, then you will only stare back.

These are automatic responses to emotional expressions.

When you consider these automatic responses, it is easy to see why moods are contagious.

How To Deal With Emotional Contagions

While it is extremely difficult for humans to control their responses to the emotional behaviors of others, it’s very much possible. One thing is for sure, you cannot ignore everyone who is in a foul mood.

If you believe someone’s bad mood or behavior will have a negative effect on you, it would be wise to walk away.

While every situation like this will not be easy to avoid, in most cases it is possible to separate from people who have a negative influence on others.

A bad mood can be very contaminating. In fact, it can be so bad that it will cause people to go from being in a good mood to bad in seconds.

Responding to someone who is in a bad mood will take some control and thought. One thing is for sure you do not want their bad mood to rub off on you.

Always think before you respond and always try to respond kindly.

There are self-help groups for just about every type of issues, including emotional contagions.

Working and living in a hostile environment can definitely take its toll on anyone.

One of the best ways to control your emotional behaviors is to join a self-help group. 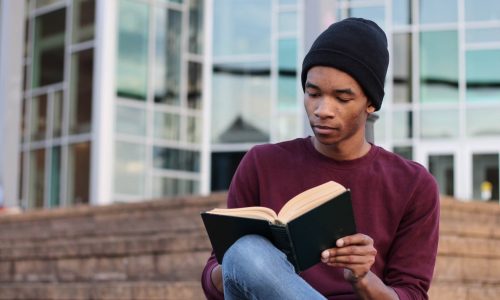 How to Focus on Reading

By Corrie Alexander
Let’s be honest; most of us probably aren’t reading as much as we should. Yet reading has so … 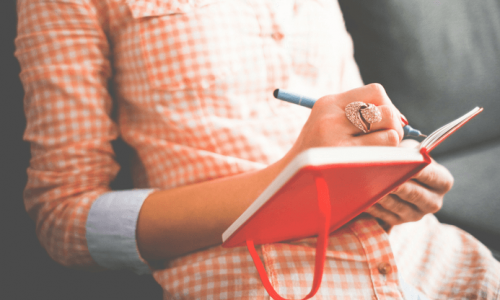 30 Journaling Ideas and Prompts For Beginners

By Keely
Journaling is not a new fad. Think of all the documentaries made or books written by famous people … 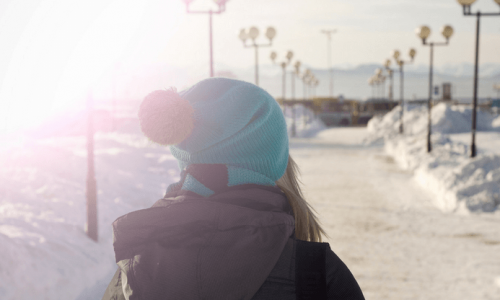 How to Be Optimistic: 10 Powerful Habits to Fuel Optimism

By Keely
There's plenty of uncertainties in life, but one thing you can count on is that there will always …