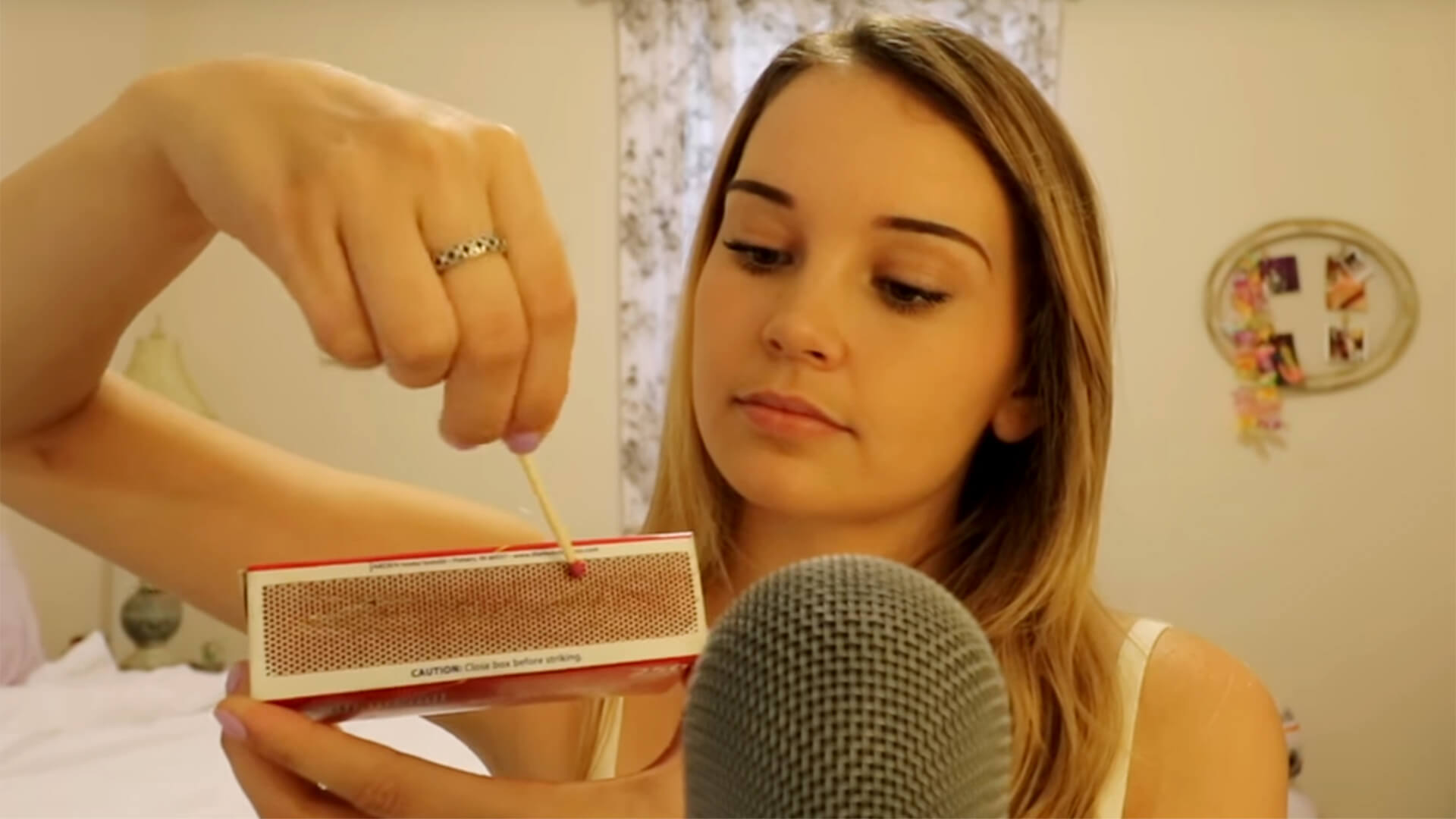 What exactly is all this ASMR stuff?

If you haven’t heard of it by now, popular YouTube ASMR videos are a thing in which artists use an extra-sensitive microphone to produce sounds that are considered relaxing by many people. ASMR stands for autonomous sensory meridian response, and it creates a feeling of tingling around the crown of the head, which spreads slowly down the body.

This relaxing feeling occurs for about half the people who are triggered by certain sounds and visual experiences. The other half of the population simply doesn’t experience ASMR in the sense of literal body tingles. Still, those who don’t “tingle” can enjoy ASMR for its relaxing qualities and sleep-inducing calming effects.

ASMR videos use a combination of whispering, amplified sounds and even role-playing to induce these tingles in viewers. By combining “trigger” sounds with relaxing visual and descriptive role-playing experiences, viewers can supposedly relax and fall asleep easier.

Below is a video uploaded by artist Gibi, which will introduce you further to the concept of ASMR (and it’s funny!).

While science hasn’t yet explored the phenomenon in depth, some studies are emerging that confirm it does promote physical relaxation.

An ASMR study by psychologists at the University of Sheffield in the UK found evidence that ASMR produces a true physiological response that could have positive effects for mental and physical health. Some ASMR proponents say that it should be harnessed and used as therapy.

While we’re still waiting on the science, we can conveniently check out these ASMR videos on YouTube. They range from funny to strange to hypnotic, so there’s something out there for everyone.

Whether you’re into getting tingles from high pitched “trigger” sounds or you feel relaxed by role-play videos such as pampering or doctor videos, there’s something for everyone in the world of ASMR.

I’ve compiled a list of some of the most popular ASMR channels, mixed with a few of my favorites, to give you a taste of the wide range of ASMR available on YouTube. Note that there a quite a few more females in this area than males.

Whether or not you experience ASMR to its fullest “tingly” effect, you may still find ASMR relaxing and sleep-inducing.

She’s a motherly figure with a calming British accent. As her name implies, she has red hair, which sets her apart from other artists. According to her bio, Emma (WhispersRed) has felt ASMR tingles since her childhood days. She records her videos in a soundproof shed in her garden, which she charmingly calls the “Tingle Shed.”

Some of Emma’s videos are story-telling videos in which her soft, relaxing voice tells stories of her life or talks about relaxation. Other videos are purely sound-only, for viewers who prefer no talking and just the sounds, ma’am.

She whispers a lot, has a charming smile and her name is Gibi (pronounced, “jee-bee,” not “gih-bee”). Gibi is young, in her early 20s, cute and relatable. She’s a millennial with a sense of humor. Her fingers flutter together at the joints, creating a unique wispy fluttering sound that is pleasant to her viewers’ ears.

Gibi does lots of role play ASMR and plays some funny characters, such as the “weird aunt who takes you to lunch.”

I think of Olivia as an expert in ASMR and “hypnosis,” as she calls it. Her videos are sensual, with crisp ASMR sound quality and a seductive accented voice, which sounds perfect to my ears.

What I love about Olivia Kissper’s videos are the music and sound effects. There’s often relaxing music and she sometimes uses effects like echoes on her voice. I also love the way she invokes all the senses—from descriptions of soothing scents to descriptions of sensations and feelings in role play videos.

Her specialty is sleep and relaxation hypnosis, which, believe it or not, has helped me get to sleep many times on difficult nights. In my opinion, Olivia is an expert that other ASMR artists should look up to.

“Hey, it’s me…ASMR Daaarling,” she whispers, followed by a shy, cute, little giggle. This is how all of ASMR Darling’s ASMR videos begin. As one of the original ASMR artists, she has been uploading these types of videos since 2016.

Like some other ASMR artists, she only speaks in a whisper and offers lots of ASMR triggers using creative materials. With a non-sexualized appearance, unlike some other artists, ASMR Darling has a “plain jane” sort of look that is relaxing in itself. Her cute dimples leave you feeling in an uplifted mood, and her smile is contagious.

Known by her real name as Rhianna, this British ASMR artist is known and depended upon for her no-talking videos, full of creative sounds. No-talking videos are popular for those who prefer not to be distracted by whispering or talking and who are looking for trigger sounds. Rihanna’s role-playing videos are also popular.

The channel is organized into different categories for work, sleep, tingles and even musical ASMR videos with dancing. Many videos give a preview at the beginning of the types of sounds you will be hearing, so you don’t have to waste your time listening through a video that you find not to be pleasing.

Karuna Satori is covered in tattoos and wears hipster glasses. There are lots of role-playing videos on this influencer’s channel. Her voice is very serious in tone, a stark contrast to the ASMR Darlings of the world.

Her role-playing relies on a lot of description, but it works. Karuna Satori is great at explaining how certain “treatments” feel and tapping into your feelings during treatment. She also strangely self-describes her channel as a cult.

One of Karuna Satori’s specialties that I appreciate is the ability to create “bedtime” videos, playing “mom,” and getting you ready for sleep. This chick really knows how to put you in a relaxed mood.

Stacy is another cute girl-type who focuses on trigger sounds in her videos. She looks like an innocent young girl with blonde hair and shiny lipgloss. Some of her viewers claim that the sounds she creates were the first to give them tingles.

Stacy ASMR focuses on sexy doctor role plays but also has other role plays such as vampire, demon and witch videos that supposedly help listeners fall asleep. Her whisper, though only in role-playing videos, is very soothing and reminds me of Olivia Kissper.

Yes, the industry seems to be dominated by females. Maybe, because they are hyper-sexualized. Maybe, because women are seen as motherly and caring in our society. But for a nice change of pace, check out Dennis ASMR.

He has videos that capitalize on his maleness, such as “Boyfriend Cares For You While Sick,” and “Loving Boyfriend Does Your Makeup.” His videos are obviously geared toward women, and he is a cute teenage boy. A male voice is relaxing for a change, and I wish there were more popular males in ASMR.

One of the most popular ASMR artists on Youtube, this one changes it up by speaking in different languages such as Korean and Japanese. The sounds of these languages are different than those of English, which create different sensations in your ears and on your nerves.

The Korea native also does role-playing and has tons of comments from her Korean followers, but many videos are subtitled in English if you want to know what she’s saying. You may find though, that relaxation through ASMR doesn’t require an understanding of language.

“Gentle Whispering” is no understatement. Her whisper is probably my favorite out of all the channels reviewed. It’s free of clicking sounds, slow, soft and easy to listen to. Gentle Whispering ASMR speaks mostly in her role-playing videos, but many of her other videos are sound-only, like ASMR Magic.

With so many ASMR channels out there, it may be hard to find the ones that make you feel good. Remember, ASMR has been found to promote happiness and well-being. So, it makes complete sense if you get addicted to these videos.

You may use them to fall asleep or as background noise when studying or writing. Perhaps, you carve out some “me time” and indulge in ASMR role playing spa treatments. Whatever floats your boat.

Valerie Sizelove is a freelance content writer who specializes in health, mental health, self-improvement and parenting topics. She also loves to spill her guts on Medium. When she’s not wrangling her four kids or writing, you might find Valerie weeding in her amateur vegetable garden or baking some phenomenal cookies. 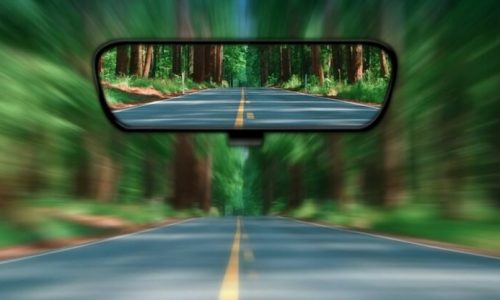 How to Stop Living in the Past 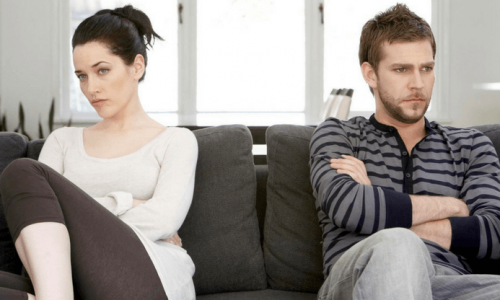 By Keely
Ideally, relationships are meant to make you feel safe, appreciated, supported and free to be yourself. When the … 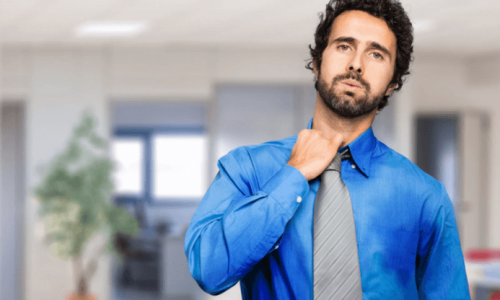 6 Ways to Stop Stress Sweat in Any Situation

By Keely
Have you ever found yourself uncomfortable in public, speaking in front of others, or on a date, only …