7 Benefits of Aromatherapy You Should Be Taking Advantage Of

You’ve probably been harnessing the power of your nose for most of your life, but never really given it much thought.

All those lavender bath bombs to help you sleep or flowery-scented candles to help you relax have been your basic entry into aromatherapy.

Now is the time to take that to the next level.

There are hundreds of pros of aromatherapy, and they’re seriously easy to integrate into your life. So why aren’t you?

Before we get into the pros, however, let’s take a look at what it actually is.

Aromatherapy is the method of using aromas from essential oils to improve physical or mental well-being. Typically these oils are created from natural materials such as fruits, flowers, and roots.

The scents are thought to have a wide-ranging series of benefits and can be created in a number of different ways. Perhaps the easiest method is to put some oil in an oil burner or the bath and let the beautiful smells surround you.

However, essential oils will naturally give off smells if dropped in the bath or even used as a lubricant for a massage.

It’s also possible to buy pre-made items such as aroma sticks that will diffuse the scent for you.

With more than 400 different types of essential oils available, it can be difficult to know which one is right for you. You can find qualified aromatherapy practitioners who will be able to make recommendations and provide treatments if you need a bit of help. 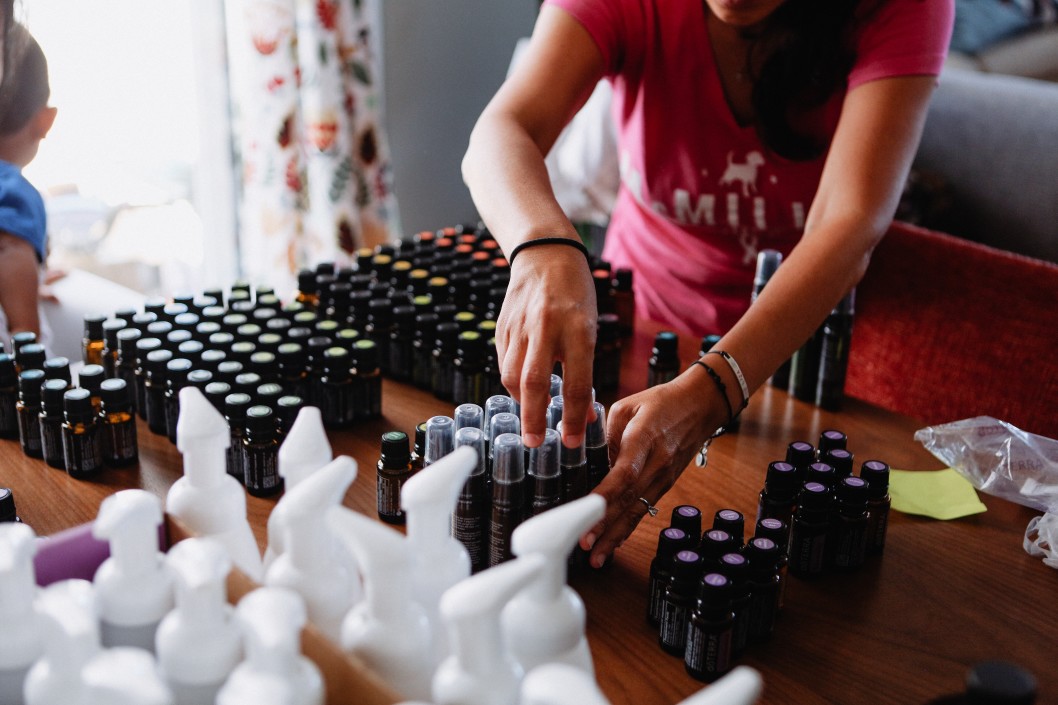 Are There Any Side Effects of Aromatherapy?

The good news is that there are very few side effects of aromatherapy. However, it is possible to have an allergic reaction or a skin reaction with some oils.

Some oils may also make your skin more sensitive to the effects of the sun. You should speak to a qualified aromatherapist before you start aromatherapy.

Anyone who is pregnant or breastfeeding, attempting to become pregnant, has asthma, kidney disease or liver problems, or is prone to having seizures should consult with a doctor.

You should also avoid putting essential oils on sores, red, or broken skin.

Now you have a full understanding of what aromatherapy is and how it can be used, let’s take a look at some of the benefits.

There’s not one person in this world who doesn’t deal with a certain level of stress. We all have our own ways of dealing with it, but one you should definitely consider is aromatherapy.

A scientific study on the effects of lavender oil on patients who were about to be injected found its use lead to “significantly decreased stress levels.”

Another study published in the European Journal of Integrative Medicine found a blend of lemon, eucalyptus, tea tree and peppermint was equally effective in reducing stress levels.

Okay, let’s be honest here. Who finds themselves drifting off at work or school? It’s pretty easily done, especially with the millions of distractions around us. But there’s some good news from the world of science.

A study on junior nursing students found that lavender aromatherapy had a beneficial effect on their concentration and their memory retention. Participants who were exposed to a hit of lavender 30 minutes before a math test scored higher than those who went without aromatherapy. The results were partly attributed to reducing stress, but also to increased alertness.

Aromatherapy has been found to dull pain, even in the most extreme circumstances. A study on 104 pregnant women found that pain intensity could be reduced during the early stages of child birth — yes, you read that correctly — just by harnessing the power of aromatherapy.

Admittedly, in the latter stages of the birth, the effects (probably unsurprisingly) were not significantly different. But, so long as your pain is less than the “early active phase” of childbirth (which we hope it is), then aromatherapy could help you out.

It’s very rare to find someone who is happy with the amount of sleep they get. The majority of us toss and turn for most of the night, finding it almost impossible to relax. However, the power of ylang-ylang could help us capture those 40 winks we all dream (or not) of.

A study has shown that the plant’s aroma can calm the nervous system, lowering the heart rate and blood pressure. This should put you in a far more relaxed mood when your head hits the pillow.

If you’re suffering from depression, it can be hugely debilitating. So finding something that helps center your soul or relieve some of the symptoms can come as a great relief.

Aromatherapy can be highly useful in the battle against anxiety and stress, both common side-effects of depression. A scientific investigation has shown that essential oils could be “used as a complementary and alternative therapy for patients with depression.”

Scents such as wild ginger, lavender, and bergamot have all been touted as having calming effects.

Perhaps one of the lesser known benefits of aromatherapy is its power to fight cravings. For example, a study on American college students found smelling two essential oils, one of black pepper and the other of angelica helped to reduce the urge for a cigarette in regular nicotine users.

Those who inhaled the scents for just two minutes took more time between their next hit than those who didn’t. Interestingly, black pepper reduced cravings more than angelica did, while angelica led to a longer delay between nicotine consumption.

Aromatherapy has also been used by dieters looking to avoid unhealthy snacks with grapefruit, dill, and peppermint among the most effective essential oils.

As we’ve already discussed, essential oils can be an effective relaxant, but it’s also possible to go the other way and get a boost of energy. Try diffusing wild orange before and during a workout for an energy hit that will help push you further in your workout goals.

Also, scents such as peppermint can also be used to open up your airways and bring more oxygen into the blood — perfect for when you are working out or playing sports.

So now you know the benefits of aromatherapy it is time to start working them into your life. The good thing is it’s a very passive form of self-improvement. You don’t need to do much to enjoy the positives, simply light a nice candle and you are away.

As with many alternative therapies, some methods will suit you better than others. Try different applications and scents to find the ones that work for you. To take things one step further you could seek the advice of a trained aromatherapy professional.

They will be able to recommend the application methods and essential oils to deal with all your issues.