6 Ways To Deal With Stressful Coworkers

Bill from accounting is always “borrowing” your stapler and forgets to give it back.

You have to listen to your desk-mate Jill talking loudly on the phone about her no-good boyfriend.

James from customer service leaves the microwave a mess when you’re trying to microwave your cup of noodles for lunch.

Sara always eats the food you bring in for the office but never brings anything for everyone else.

Dave only seems to eat food that’s covered in garlic or vinegar.

I could go on and on, but I think you get the point. Annoying coworkers will stress you out beyond belief. They can be inconsiderate, obnoxious, lazy, and flat out nuisances for the entire office. I’m fortunate enough to not have to worry about that anymore, but I’ve definitely dealt with it in the past.

To make matters worse, you wind up spending 40+ hours every week with these people, which makes their tendencies THAT much more stressful. Since few of us will have the opportunity to completely go ballistic on a coworker like Stanley from The Office (everyone has wanted to do that to at least one of their bosses), here are some tips to deal with annoying coworker without losing your sanity. 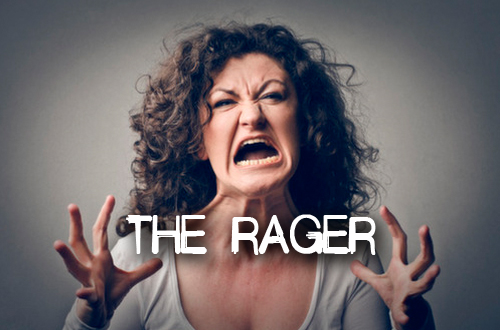 Unfortunately some people have no idea how to talk to others, and have a very short fuse. They feel they have to yell to get their point across and almost everything that comes from them is rude and belittling. The worst part is that these people somehow get promoted to supervisor type roles, so you get to deal with them on a regular basis!

How to deal with it: My personal approach with unnecessarily angry people is sarcasm. But I’d also recommend just staying calm and refusing to get into a screaming match. As difficult as it is sometimes, you have to be the bigger person and keep your composure. If the rager is having one of their moments, it’s usually a good idea to just remove yourself from the situation. Let them know you’ll be glad to talk to them after they’ve calmed down. And if the source of their rage is stress, you can always refer them to read TSM 🙂 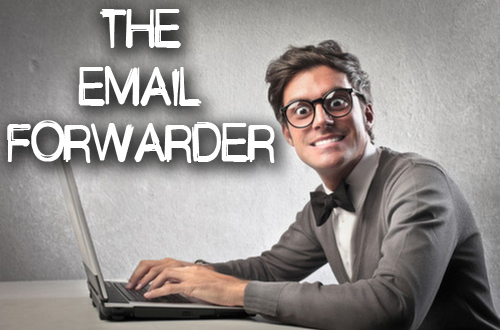 Sick of receiving emails at work that have absolutely nothing to do with you? The email forwarder or cc’er is to blame. They seem to automatically attach everyone’s email address on every single email they send, so you’re constantly getting those “Forward this email to 10 people you love” emails 5 times a day.

How to deal with it: If the email system at your work is equipped, set up a priority inbox and a folder for unimportant ones like Gmail. Have all of this coworker’s emails go to the unimportant folder. If you don’t mind a little confrontation, you could also ask them to stop including you on emails that don’t have anything to do with you. But do it politely! 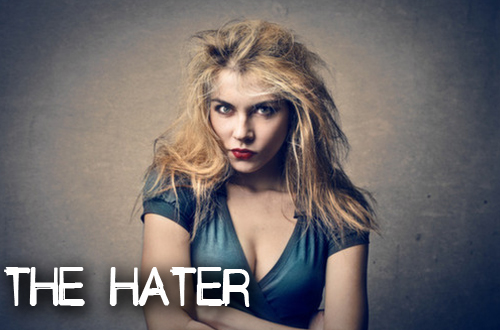 You come to work and do your job to the best of your ability, but that one coworker always seems to hate on your accomplishments and pretty much everything you do. They don’t think you deserve your position, and give you rude looks every time you run into them.

How to deal with it: Keep working hard and moving up. You’ll have to come to the realization that some people just aren’t going to like you. If they come around, great. If not, it’s their loss. 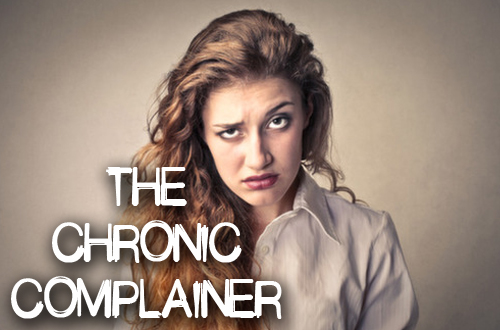 Dropping complaints every now and then about some unnecessary changes corporate has made or having to work early on a Saturday is normal. But the chronic complainer never seems to have anything good to say about anything. They didn’t get the raise they deserved, there’s never enough parking, the office is always too cold, etc. After a while you just want to look at them and scream IF IT’S SO BAD WHY DON’T YOU QUIT!?

How to deal with it: Try to get them to look on the bright side of things. When you see them, bring up something positive so that they don’t even have a chance to start complaining. Unfortunately, PRO chronic complainers are able to find negativity in just about anything. If it gets too bad, try to keep your distance so their negativity doesn’t rub off on you.

The loud speaker or loud talker doesn’t seem to be aware of how loud they talk (or they just don’t care), and no topic ever seems to be too personal.

How to deal with it: One trick you can do is pick up your office phone and pretend like you’re taking a business call, then ask the loud talker if they can keep it down a little because you can’t hear. This will usually get them to either lower their volume or hopefully take it outside. In my experience, people that talk loud aren’t doing it on purpose, it’s just the way they’re accustom to talking. So sometimes just asking them to talk a little quieter because it’s disruptive will work.

“Hey Peter, what’s happening. I’m gonna need you to go ahead and come in tomorrow. So if you could be here around 9, that would be great. Mmmkay?”

For those who have no idea who Bill Lumbergh is or where the quote above is from, you need to watch Office Space. It’s a must-see for anyone who has ever worked in an office type of job, or really any job at all. One of the greatest movies ever. But the short version is that Bill Lumbergh is one of the bosses in the office who does just about everything people hate about their bosses, including asking the main character Peter to work on his days off.

How to deal with it: Take the Peter approach and just stop caring! Well that might get you fired. But what you can do is try to strike some type of middle ground with them so that you’re not constantly getting taken advantage of like good old Milton.

All of these coworkers are annoying, and can make your job a pretty unpleasant place to be. But if you know how to deal with them, it won’t cause too much extra stress for you. Worse case scenario, the stress becomes too much and you end up reacting like Andy Bernard from The Office.

Sorry for all the referrences to The Office and Office Space, but they both do a great job of describing some of the most annoying things about working in an office.

What type of coworkers are the most annoying to you? Drop a comment and let me know how you deal with them.