10 Mobile Games Guaranteed To Stress You Out!

Browsing the Google Play Store or App store looking for a fun and enjoyable game to play in your free time? Well if you download any of these 10 apps, you’re setting yourself up for a world of frustration and stress. These apps are difficult, brain twisting, and some are impossible to beat.

I’ll warn you ahead of time, some of these games are so difficult that they aren’t even fun. So if you’re already stressed out beyond belief, I’d recommend skipping these games and sticking to Angry Birds and Fruit Ninja. 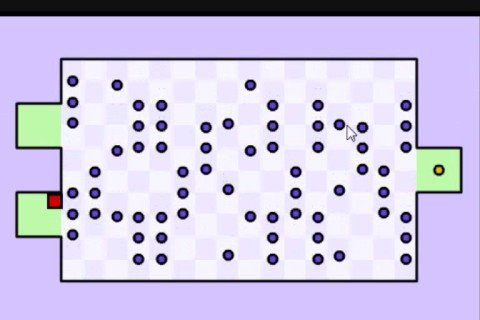 If you have difficulty getting through the first few stages of this game, wait until you get even further. In World’s Hardest Game, the goal is to get your  red dot from point A to point B, and collect any yellow dots in the stage. The hard part is dodging the moving blue dots that kill you. There’s also a running death counter to let you know how many times you’ve failed. 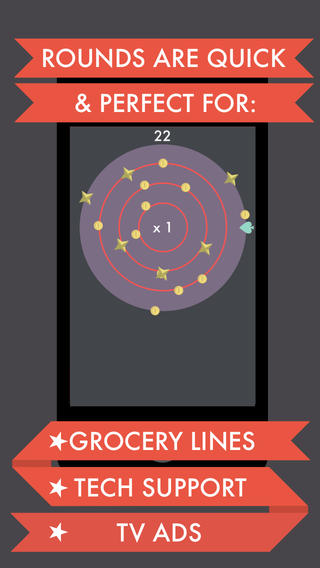 How could a game so simple be so difficult? That’s probably what you’ll be wondering when you first start playing Rotato. But it won’t take long for the stage to start spinning faster and faster, and then you’ll find yourself frustrated trying to collect all of your coins. But that’s not all folks! You have to avoid the red stars, or else you die and have the pleasure of starting all over. 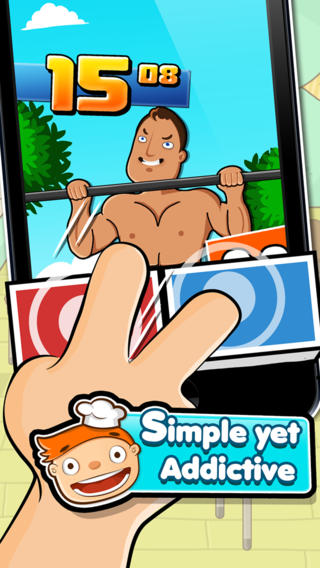 Hardest Game ever 2 will really put your reflexes and reaction time to the test. If your hand-eye coordination sucks, you’re going to have a hell of a time trying to get a good grade on some of these games. You’re given a bunch of different tasks/mini-games that require speed and focus. Don’t let the bright colors and innocent graphics fool you, this game is HARD! 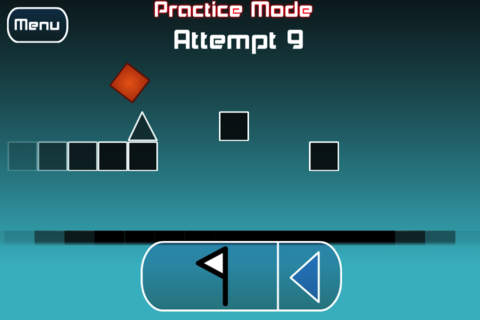 You might have seen videos of people playing this extremely frustrating game on YouTube. It’s impossibleness (that’s the only word I could think of to describe it) has created a stream of rage videos and drove the internet crazy. In The Impossible Game, your character is a square and you have to work your way through the auto-paced stages avoiding a bunch of spikes that kill you. The stages get progressively longer, and impossible-er (yup, made that up too). Have fun almost making it to the end of a stage and then having to start over because you hit that last spike! 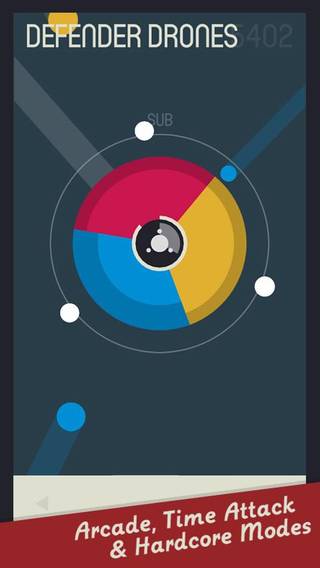 This game is all fun and happiness until you have 10000000 dots coming at you from every angle! In GYRO, you have to rotate a multi-color wheel around using a finger, and try to capture the incoming yellow, blue, and fuchsia dots in the appropriate space on the wheel. Your finger will get a nice workout as you spin it all the way around to catch the army of dots coming at you all at once. 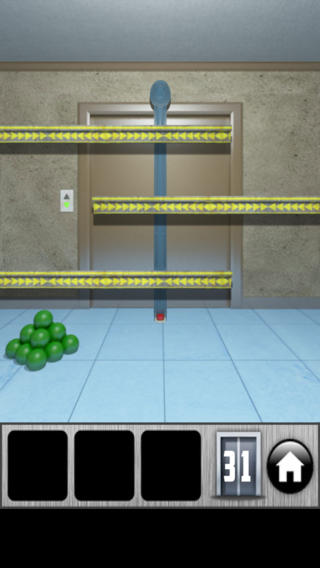 You like puzzles do you? Let’s see how you feel about them after playing 100 Doors 2013. The concept is simple. Figure out how to unlock the door to make it to the next level. It’s not as easy as just looking under the plant next to the door and finding the key though. You’ll drive yourself crazy trying to figure out how the heck to unlock some of these doors. The game is so difficult that there are apps and websites with the solutions for each stage. 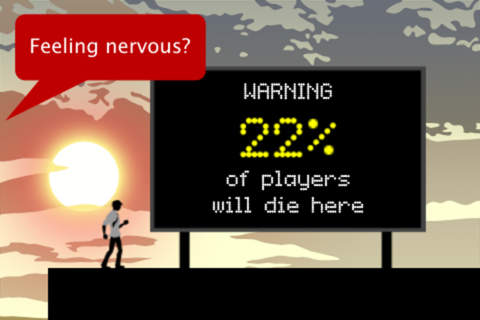 Just as the name implies, One Single Life is a one shot deal game. Your have to jump from one building to another, but the catch is you only have one chance to make it. Before each jump/stage, there’s a billboard letting you know what percentage of people have failed the jump. Luckily, you can get as many practice jumps as you want, but you only get one shot at the real deal, which is what makes this game so stressful. You can buy more lives, but that kind of takes the suspense out of it. 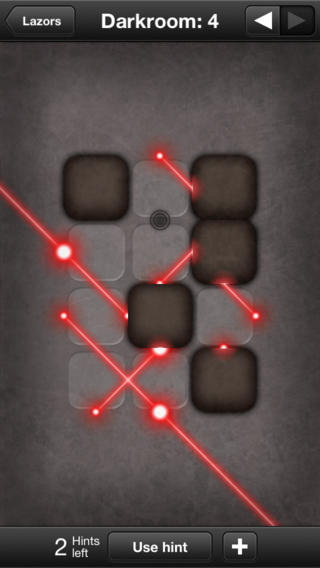 Lazors is a different kind of puzzle game that uses reflections and lasers. You have to direct a laser (or lasers for some stages) to shoot through all the targets by bouncing them off of blocks/mirrors. Things start off fun and easy, but as you move on to the more advanced puzzles, you’ll get frustrated and stressed beyond belief trying to figure out where to put the blocks in order to hit all the targets! 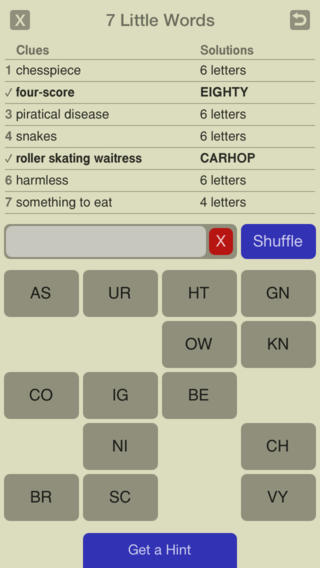 You know that annoying feeling you get when you’re trying to think of a word and it’s at the tip of your tongue? 7 Little Words is like that on steroids. You’re given a list of 7 words and 7 clues to guess using 20 sets of letters that you have to put together. Some of the puzzles are fairly easy, but then others will leave you stuck for hours trying to guess a 10 letter word based on the clue “impairment”. 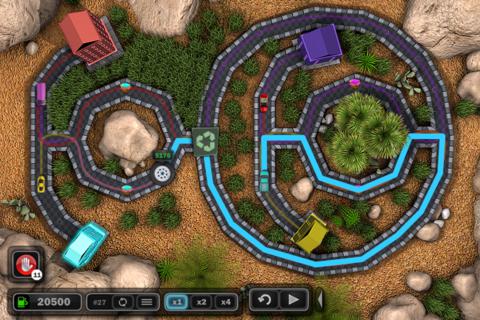 What’s the funnest thing in the world to do? Sit in traffic! Traffic Wonder HD captures all of the beautiful nuances of everyone’s favorite past time in one of the most frustrating mobile games known to man. The goal in this game is to direct traffic and get all the different colored cars to their destination while saving as much fuel as possible. Sounds easy enough right? Wrong! You have to account for turns, the different speeds the cars use, stop lights, and of course the course itself. Even the developers of the game had to ask “Did we make the hardest mobile game ever?”

You will spend countless hours trying to make it through these games, only to realize that they’ve been causing you more stress than enjoyment. But if you really feel like you’re up for the challenge, download them at your own risk! Oh yea, and just as an added bonus, there’s always Flappy Bird.